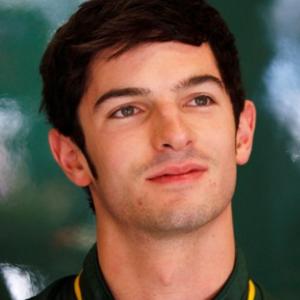 Unlike many of his compatriots, this young Californian spent his formative racing years with Formula 1 on his mind. Inspired as a four–year–old by watching the likes of Michael Andretti and Al Unser jr in the Champ Car World Series on television, it was in Europe that he first plied his trade.

Seven years climbing the European single-seater pyramid – during which time he has won races but was rarely a title challenger – Rossi eventually made his F1 debut for Manor Marussia at the 2015 Singapore Grand Prix. F1 ambitions satisfied, Alexander Rossi then switched to the 2016 IndyCar Series and won America’s greatest race at the first attempt.

Rossi was 10 years old when he seriously began racing karts – winning an International Kart Federation class title in 2005. That was the year in which he was a semi-finalist in Red Bull’s search for a future American F1 star and Rossi then won the 2006 Skip Barber Western title despite being just 14 years old.

He graduated to Formula BMW in 2007 and won three North American championship races (at San Jose, Elkhart Lake and Mosport Park) to finish third overall for Team Apex Racing. Rossi joined EuroInternational for the end-of-season World Finals and continued with Antonio Ferrari’s squad in 2008. That was Rossi’s breakthrough campaign with victory in both the F.BMW Americas Championship and the World Finals in México City.

Part of his prize for that success was an F1 test for BMW Sauber with the American completing 82 laps of Jerez on December 1 2009, albeit just as the German manufacturer announced its withdrawal from the category. By that time, Rossi had already completed his first European racing season when fourth in that year’s Formula Master standings thanks to three race wins for HiTech Racing. He ended the season by racing in the GP2 Asia Series and finished fourth (from 13th on the grid) and fifth at Abu Dhabi during his debut weekend with Ocean Racing Technology. The championship was completed with the Malaysian-backed Team Meritus, and fifth in the final round helped claim ninth in the points.

Named as reserve driver for the new USF1 team for 2010, the team folded before the season without so much as building a car. The teenager instead raced for the crack ART Grand Prix team in that year’s inaugural GP3 Series. The championship began in Barcelona and Rossi converted pole position for Sunday’s “reverse grid” race into victory. He won again in Hungary but poor qualifying often hindered his cause. Rossi was fourth overall as team-mate (and old F.BMW adversary) Esteban Gutiérrez clinched the title.

Rossi began 2011 by winning the opening Formula Renault 3.5 Championship race for Fortec Motorsports. That success at Aragon was followed by victory at Circuit Paul Ricard before mid-season retirements and disqualification at Silverstone restricted him to third in the championship behind Robert Wickens and Jean-Eric Vergne. A member of the Caterham Driver Academy for the next three seasons, he raced for Tony Fernandes’s GP2 team in that year’s non-championship Abu Dhabi finale before testing a Lotus T128-Renault in the end-of-season F1 rookie test.

The American was Caterham’s reserve driver for the 2012 F1 World Championship and drove during Friday free practice of the Spanish Grand Prix. That year’s race activity was in F.Renault 3.5 with newcomers Caterham Arden. He qualified second in Monaco before finishing a distant third although 11th in the championship was a major disappointment.

Out of action at the start of the 2013 season, Rossi replaced Ma Qing Hua in Caterham’s GP2 line-up from the second weekend. Third in the Bahrain feature on his return to the category, he repeated that result in Belgium and was second in the Monza sprint race. The highlight of an inconsistent campaign came in Abu Dhabi when he converted pole position for the feature race into his breakthrough victory. And he remained on the verge of F1 with Friday appearances for Caterham at the North American GPs.

Rossi remained with Caterham for the 2014 GP2 season but team owner Fernandes was growing tired of the sport. Frustrated by the lack of progress during his four and a half years in F1, the Malaysian airline tycoon walked away at mid-season with his team crippled by debt. Without a GP2 drive as a consequence, Rossi switched allegiance to Manor Marussia and almost made his F1 race debut in Belgium as Max Chilton’s replacement. In the event, his appearance at Spa-Francorchamps was restricted to Friday’s free practice once more after the Englishman earned an 11th hour reprieve. It was not an easy time at the wrong end of the F1 pitlane for Manor Marussia, like Caterham, entered receivership before the season was over.

As well as joining Racing Engineering for the 2015 GP2 season, Rossi was announced as Manor GP’s reserve driver when the financially challenged minnows were rescued on the eve of the season. The former proved to be his best campaign since F.BMW for Rossi regularly featured among the front runners. Victory in the sprint race at Spa-Francorchamps was followed by successive feature race successes in Italy and Russia as the American finished as a distant runner-up in the standings. Moreover, he replaced Roberto Merhi to make his F1 race debut in Singapore – shading Manor team-mate Will Stevens in their five GPs together. 12th in his home race was Rossi’s best F1 result of the season.

Victory in the Indianapolis 500

As well as remaining as Manor’s reserve driver in 2016, Rossi signed with Andretti Herta Autosport for that year’s IndyCar Series. Much of the season was spent racing in the midfield but he scored a dramatic victory in the most important race of the year. He benefitted from a fuel saving strategy to extend his final stint of the race to snatch victory in the 100th Indianapolis 500 – winning on fumes when others were forced to make a late “splash-and-dash” pitstop.

Challenging for the IndyCar Series title

A dominant victory at Watkins Glen was the highlight of his sophomore campaign and he challenged for the 2018 championship until the Sears Point finale. He lost the chance of victory at the St Petersburg opening round when he crashed into leader Robert Wickens at the final restart, finishing third in that race and the next. He converted pole position at Long Beach into his third career victory and came from the back of the grid to finish fourth in that year’s Indy 500. Errors cost Rossi dear at Detroit (race two) and Toronto but he adopted a two-stop strategy to win Mid-Ohio and dominated the Pocono 500. Rossi’s title hopes eventually ended when he hit team-mate Marco Andretti on lap one in California, with IndyCar’s new star finishing as runner-up behind Scott Dixon.

Now leading Andretti Autosport’s Honda line-up, Rossi was the quickest driver in the 2019 IndyCar Series and was unlucky to only finish third in the final standings behind the Chevrolet-powered Team Penske drivers Josef Newgarden and Simon Pagenaud. A dominant winner at Long Beach (from pole position) and Elkhart Lake, he lost the Indianapolis 500 by half-a-car’s length in a thrilling finish to a day when Chevrolet held sway. Further victories at Detroit (race one) and Texas were denied by Penske strategy calls and he was part of the five-car pile-up on the opening lap at Pocono. Newgarden’s closest challenger for much of the year, his title challenge eventually faded as Penske dominated the final rounds.