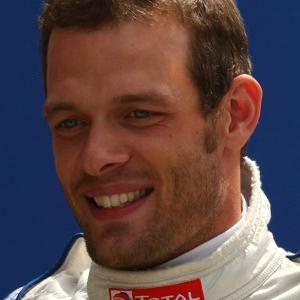 Previously unheralded, Alex Wurz arrived in Formula 1 for three Grands Prix in 1997 and was a revelation. Standing at 6ft 2in tall and with a penchant for wearing different coloured boots during that early career, he was anything but the stereotypical GP driver. Although his F1 career ultimately did not fulfil initial expectations, this popular Austrian more-than delivered in sports cars as a two-time winner of the Le Mans 24 Hours.

The son of rallycross star Franz Wurz Jr, he was a champion on BMX bikes and hell-bent on a career as a racing driver. However, his rise towards F1 went almost unnoticed. Karting followed before Wurz made his Formula Ford debut in 1991. He won the minor Austrian Formula 3 title in 1993 during his debut season in the category.

He switched from RSM Marko to G+M Escom for his second season and won three times to finish as runner-up in the 1994 German F3 Championship behind Jörg Müller. However, another season with the team proved disappointing and Wurz was hardly spoken of as a GP star of the future.

Instead, he drove a Joest Racing Opel Calibra V6 4×4 in the 1996 DTM and made his debut at Le Mans when sharing the team’s Porsche WSC95 with Davy Jones and Manuel Reuter. They ran error-free all race to beat the works Porsches by a lap with Wurz becoming the youngest winner of sports car’s greatest event.

He switched to AMG Mercedes for the following year’s FIA GT Championship and signed for the Benetton F1 team as its test and reserve driver. When Gerhard Berger fell ill mid-season, Wurz was suddenly promoted to the race team for three GPs. He took the opportunity with aplomb and finished third in the British GP at Silverstone.

Signed as a full-time race driver in 1998, he scored six top-six finishes in the first nine races but it was his performance in Monaco that earmarked Wurz as a potential star. Wheel-to-wheel with Michael Schumacher at the Loews Hairpin, the young Austrian showed no fear or respect for status. Wheels touched and the Benetton later crashed as a result but a point had been made. He also had the presence of mind to recover from rolling at the aborted first start in Canada to finish fourth in the spare car.

Seventh in the 1998 championship, the next two seasons were not so kind as the team struggled. Without a drive for 2001, Wurz started a five-year association with McLaren as its test driver. A respected member of the team, he also started the 2005 San Marino GP when Juan Pablo Montoya was absent through injury. Wurz finished third in his first GP for five years.

Wurz moved to Williams in 2006, first as test driver but promoted to a race seat for the following season. Although he struggled to match team-mate Nico Rosberg’s pace during 2007 – especially in qualifying – he excelled in changing conditions in Montréal and at the Nürburgring with his Williams FW29-Toyota finishing third and fourth respectively.

He announced his immediate retirement from F1 before the final round of 2007 and GP racing lost a gentleman and an outstanding test driver. Wurz was the frontman for Superfund’s unsuccessful attempt to enter F1 in 2009.

Wurz thrived on the track as a member of Peugeot’s sports car team from 2008 to 2011. That period included another victory at Le Mans in 2009 and success in both the Sebring 12 Hours (2010) and Road Atlanta’s Petit Le Mans (2011) before the French manufacturer withdrew from racing.

Instead, Wurz joined Toyota as it returned to international sports cars in 2012. He helped develop the hybrid Toyota TS030 into a race winner and he reaped the benefits – winning three of the last four rounds of the new World Endurance Championship. Wurz and regular co-driver Nicolas Lapierre finished as the third best partnership. He continued with Toyota until 2015 and remains chairman of the Grand Prix Drivers’ Association.