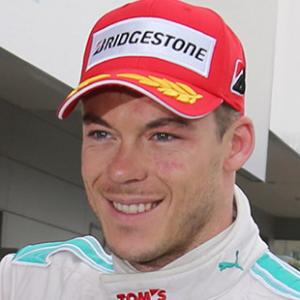 André Lotterer ranks as one of the finest sports car drivers of his generation, having already won the Le Mans 24 Hours on three occasions and as well as the 2012 World Endurance Championship. However, those achievements have been all-but overlooked outside endurance racing due to the sheer weight of Audi’s success in recent years. A Formula 1 test driver when just 21 years old, he finally made a one-off Grand Prix appearance some 13 years later.

Karting and the junior formulae

The son of a German father and Belgian mother, Lotterer spent a decade racing karts before successfully graduating to cars in 1998. He won that year’s Formula BMW Junior title before scoring 15 wins to clinch the 1999 German F.BMW title.

German Formula 3 followed in 2000 when driving a Dallara F399-Opel for experienced team owner Bertram Schäfer. He won three early season races in-a-row to take the championship lead but eventually faded to fourth overall. However, that was enough to attract attention from Jaguar Racing and he transferred to the 2001 British series with the Jaguar Junior Team (the team formerly known as Paul Stewart Racing). His natural talent and car control was evident but he won just once (at Donington Park) during an inconsistent campaign. A disappointing seventh in the final standings, he almost made his F1 debut in the British GP but team leader Eddie Irvine recovered from his neck injury in time for the race.rnrnJaguar’s F1 test driver during 2002, he made one-off appearances in Champ Cars (12th for Dale Coyne Racing in Mexico City) and the FIA GT Championship (fifth with a Freisinger Motorsport Porsche 996 GT3 RS in the Spa 24 Hours). Without an opportunity to progress with Jaguar and with his star on the wane in Europe, Lotterer looked to Japan for his next move.

The start of a long career in Japan

Lotterer joined Satoru Nakajima’s team for both the Formula Nippon and Super GT championships in 2003. Second at Suzuka on his debut in the former, he qualified on pole position at Sugo before finishing in that position once more. Fifth in the 2003 Nippon standings, he won twice during 2004 to enter the final round ahead in the points. He tied Richard Lyons points tally at the end of the race but was denied the title because he had finished behind the Ulsterman that day. A third season with Nakajima Racing’s Lola-Mugen yielded victories at Motegi and Suzuka during 2005 but the German slipped to fourth overall.

He switched to TOM’s in 2006 and enjoyed success in both single-seaters and GTs. Twice a winner and third in the Formula Nippon points, he shared the winning Lexus SC430 with Juichi Wakisaka at Suzuka’s opening Super GT round and they eventually beat Shinya Hosokawa and Sébastien Philippe to the title by a single point. Winner at Fuji during the 2007 Formula Nippon season, he finished third in that series for the next two seasons.

That 2009 season also included a second Super GT title, with Wakisaka his co-driver once more, and Lotterer’s first appearance in the Le Mans 24 Hours. That was sharing Colin Kolles’ seventh placed Audi R10 TDI with Charles Zwolsman jr – first contact with a team owner and manufacturer that would both have roles in his future.

Success in Japan and at Le Mans

Lotterer’s 2010 campaign was a mix of Japanese racing with TOM’s and selected sports car events with the works Audi Sport Team Joest. He finished as runner-up in both Formula Nippon and Super GTs after losing out at the final round on both occasions. The highlight of the latter was finishing second at Le Mans sharing an Audi R15-plus TDI with Marcel Fässler and Benoît Tréluyer – destined to become his regular co-drivers for years to come.

If he had come close in 2010 then Lotterer went one better a year later. With the team’s other two cars having both crashed out, the Lotterer/Fässler/Tréluyer Audi R18 TDI withstood incessant pressure from a phalanx of works Peugeot 908s to win the Le Mans 24 Hours by less than 14 seconds. Lotterer then defeated TOM’s team-mate Kazuki Nakajima to clinch the 2011 Formula Nippon title at the final round at Motegi. That he won five of the six championship rounds held showed that Lotterer was a worthy champion – his first single-seater title since 1999.

Now recognised as the class of the sports car field, Lotterer again combined with Fässler and Tréluyer to repeat their success at Le Mans in 2012. Further victories in the new FIA World Endurance Championship followed at Silverstone and in Bahrain as the trio clinched the title. Lotterer also remained in contention to retain the F.Nippon Championship but slipped to fourth overall as team-mate Kazuki Nakajima was crowned champion for the first time.

Lotterer/Fässler/Tréluyer again won three times during the 2013 world sports car season (Spa-Francorchamps, Interlagos and Shanghai) but were eventually beaten in the standings by the sister Audi R18 e-tron quattro of Tom Kristensen, Allan McNish and Loïc Duval. That Lotterer set the fastest race lap in half of the races was a reminder of his outright pace, as were performances during a curtailed programme in the renamed Japanese Super Formula Championship (formerly F.Nippon). He only started four of the seven qualifying rounds but Lotterer won twice, finished second twice and tied Naoki Yamamoto in the points – only losing the title on countback.

His 2014 campaign included a third victory at Le Mans, further success in Super Formula and a belated Grand Prix debut. That victory in the French endurance classic was exceptional – Lotterer leading the Audi #2 trio as they recovered to beat the faster Toyotas. Lotterer/Fässler/Tréluyer also won at Austin’s Circuit of the Americas but could not prevent the Japanese manufacturer from clinching the World Championship. He won twice on the way to third in the Super Formula championship and received a surprise call from the Caterham F1 team – now managed by Colin Kolles – to race in the Belgian GP. Despite having not driven the car before, Lotterer out-qualified regular Marcus Ericsson by 0.969sec before retiring when his engine lost power after just a lap of the race.rnrnLotterer and his regular team-mates won the opening two World Endurance races of 2015 (Silverstone and Spa-Francorchamps) to arrive at Le Mans in the points lead. However, they were eventually unable to stop the increasingly competitive Porsche 919 Hybrids, both in that race and in the championship itself. Third at Le Mans (having recorded the fastest race lap for the fourth time in five years), Lotterer lost the drivers’ title to Porsche’s Mark Webber, Brendon Hartley and Timo Bernhard at the final race. His versatility was illustrated by another three race wins (more than any other driver) and third overall in the Japanese Super Formula standings once more.

The 2016 WEC season appeared to have started with victory in the Silverstone Six Hours but his Audi R18 e-tron quattro was subsequently disqualified on a technicality. That was as close as he came to victory in a mixed final campaign for Audi. Second in Mexico and Bahrain, the German slipped to fifth in the standings. He also failed to win a Super Formula race that year although his consistency ensured he challenged for the title until the final race at Suzuka. Lotterer was second that day when unable to pass Stoffel Vandoorne to snatch the title from Yuji Kunimoto.

Switch to Porsche and Formula E

With Audi having withdrawn from the World Endurance Championship, Lotterer switched to Porsche’s LMP1 line-up in 2017 when sharing a 919 Hybrid with Neel Jani and Nick Tandy. They were leading the Le Mans 24 Hours when the engine failed with just under four hours to go. Top four at every other race (without winning), Lotterer, Tandy and Jani finished fourth overall as team-mates Brendon Hartley, Timo Bernhard and Earl Bamber took the title.

Lotterer won the second Super Formula round at TI-Aida that year but slipped to sixth overall at the end of his final year in the series. He joined the Techeetah Formula E team from the beginning of the 2017/18 season and finished second in Santiago de Chile in 2018 and at both Paris and Rome during 2019.

Porsche withdrew its LMP1 team at the end of the 2017 World Endurance Championship so Lotterer and Jani joined the Rebellion Racing for the subsequent 2018/19 “super season”. With Bruno Senna also sharing the driving duties, they scored back-to-back fourth-placed finishes at Le Mans in 2018 and ’19 and inherited second in a Rebellion 1-2 at Silverstone 2018 when the Toyotas were disqualified.