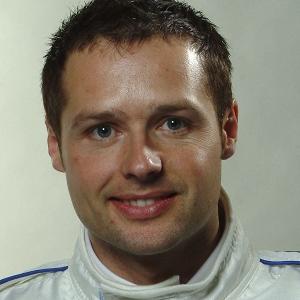 The most successful Channel Islander in motor racing history, Andy Priaulx enjoyed a remarkable run of touring car titles during the 2000s. 2004 European Touring Car Champion, he won the new world championship for the next three years.

His motor racing schooling was not the normal karting grounding for Priaulx initially competed in motocross and powerboats before switching to hillclimbing cars in the Channel Islands. That period culminated in Priaulx being crowned 1995 British Hillclimb Champion after he won all 10 rounds in a Pilbeam MP58.

He made his circuit racing debut a year later – racing in Formula Renault and Formula 3 before dominating the one-make Renault Spider series for Team Mardi Gras in 1999. He returned to the British F3 Championship and was sixth in 2001 after winning twice with Alan Docking Racing’s Dallara F301-Mugen.

That was as far as he would go in single-seaters and Priaulx has plied his trade in saloon cars ever since. A year with Honda in the 2002 British Touring Car Championship was followed by a deal with BMW that propelled Priaulx into one of the most successful “tin-top” drivers of recent history.

He made his debut for the German marque in the 2003 European Touring Car Championship with a BMW 320i. Third in the championship that year, he secured the 2004 title by winning five times for BMW Team GB.

The FIA replaced that series with a new world championship in 2005 but the result was the same with Priaulx’s BMW winning that title for its first three years. With sustained success came accolades that included the BRDC Gold Star in 2005 and 2007.

Priaulx was fourth each year from 2008 to 2010 before BMW pulled out of the series in readiness for its switch to the DTM. Priaulx spent 2011 racing a GT BMW M3 (winning his class at Sebring) before driving RBM’s BMW M3 in the 2012 DTM Championship. He finished sixth on his debut at Hockenheim but, hampered by poor qualifying, he failed to match that result again. Thirteenth in the final standings was something of a disappointing return.

GT racing with BMW and Ford

A second DTM season in 2013 was no better so Priaulx switched to North America’s United Sportscar Championship in 2014 when driving BMW Z4 GTE. With Bill Auberlen his regular co-driver, Priaulx finished as GTLM class runner-up in the Daytona 24 Hours and at Laguna Seca.

Twice a winner in the 2015 British Touring Car Championship, Priaulx ended his 13-year association with BMW by signing with Chip Ganassi’s Ford GT squad for 2016. Sharing a British-run car with Harry Tincknell, Priaulx scored back-to-back class wins at Fuji and Shanghai as the pair finished fifth in that year’s GTE-Pro standings.

Priaulx and Tincknell won the GTE-Pro class at the 2017 season opener at Silverstone before finishing second at Le Mans. They defended their points lead for much of the season until an off-form weekend at Austin and crash in the Fuji fog blighted their season. They won the class at Shanghai but slumped to third overall.

Tincknell crashed at Eau Rouge at the start of the 2018/19 season and they were penalised at Le Mans when Tony Kanaan did not complete enough time behind the wheel. Second at Silverstone when denied by an inopportune safety car, they were third in class at both Fuji and Sebring. Off-the-pace at the final two championship rounds, Priaulx and Tincknell were placed fourth overall in the last season before Ford withdrew.

With an uncertain future in GT racing, Priaulx joined Cyan Performance Lynk & Co for the 2019 World Touring Car Cup. He scored a couple of fifth-place finishes during a difficult return to international touring cars before clashing with Nicky Catsburg at Suzuka. As so often has been the case, Priaulx enjoyed the weekend at Macau which included victory in race three but 18th in the final standings was something of a disappointment.