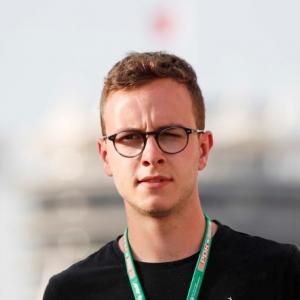 The son of an amateur rally driver, Anthoine Hubert was a championship-winning single-seater protégé who was killed during the Formula 2 feature race at Spa-Francorchamps in 2019. Reigning GP3 champion and already twice a race winner in F2, the passing of this likeable and promising 22-year-old was mourned throughout the racing world.

Third in the 2012 CIK-FIA World Karting Championship for under 18s when a contemporary of Charles Leclerc, the bespectacled Hubert made his car racing debut in French Formula 4 at the start of the following campaign. He won over half the races that year as he eased to a dominant title success. Two seasons with Tech 1 Racing followed in Formula Renault 2.0 – winning races in both Eurocup and ALPS during 2015 but unable to sustain a championship challenge in either.

He chose Van Amersfoort Racing for his Formula 3 graduation in 2016 but struggled in comparison to team-mate Callum Ilott. Pole position and victory in the second race at the Norisring was the highlight as Hubert finished eighth overall.

He switched to the crack ART Grand Prix team for the 2017 GP3 Series and finished fourth as the team filled the top four championship positions. Without a victory and eclipsed by team-mates once more, Hubert remained with ART for 2018 and finally turned promise into outright success. Now part of the Renault F1 Academy, Hubert inherited a home victory when compatriot Dorian Boccolacci was disqualified from the feature race at Paul Ricard. He then converted pole position into a convincing victory at Silverstone as he replaced team-mate Ilott at the top of the standings. Hubert scored a total of 11 podium finishes in a consistent campaign as he became the final GP3 champion before it merged with the European F3 series.

With his reputation on the rise once more, Hubert joined BWT Arden for the 2019 FIA Formula 2 Championship and scored back-to-back pole-to-chequered flag victories in the reverse grid sprint races in Monte Carlo and at Paul Ricard. Now eighth in the standings and the second-best placed rookie, Hubert lost his life in a horrific accident on the second lap of the Belgian feature race. He crashed at Radillon while avoiding Giuliano Alesi’s spinning car, and was collected at high speed by Juan Manuel Correa. Correa suffered serious leg and back injuries and the immensely popular Hubert died later that evening.