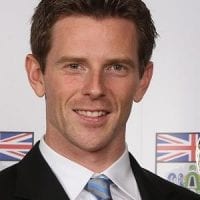 Anthony Davidson spent the 2000s on the fringes of Formula 1 as Honda’s respected test driver before racing with its second-string Super Aguri team. However, the growing economic uncertainty of 2008 forced both Aguri and Honda to withdraw from the sport and “Ant” has since turned to sports cars and the media with great success.

He began racing karts as an eight year old and that career yielded three British championships. Davidson switched to cars in Formula Ford and won the 1999 UK winter series before challenging for both European and British titles a year later. Although ultimately third in both, he won the 2000 Formula Ford Festival at Brands Hatch and was named as McLaren Autosport BRDC Award winner as the most promising British youngster of the year.

That success continued in the 2001 British Formula 3 Championship. The rookie challenged his more experienced Carlin Motorsport team-mate Takuma Satō for the title – winning six times but ultimately finishing as runner-up.

Formula 1 with BAR-Honda and Minardi

Davidson also tested for the BAR-Honda F1 team for the first time that autumn and he was the team’s test and reserve driver in 2002, beginning a seven year association with the Japanese manufacturer. He made his Grand Prix debut when replacing Minardi’s out-of-sorts Alex Yoong for that year’s Hungarian and Belgian GPs and then raced a BAR 007-Honda in the 2005 Malaysian GP when Satō fell ill on the eve of the race. The Englishman retired from all three races.

Honda backed Super Aguri’s F1 entry in 2007 until its demise early in 2008 and Davidson’s loyalty was rewarded with a race seat. 11th was his best performance in both qualifying and the race before the financially challenged team withdrew. Having started 24 GPs, Davidson then turned his hand to radio commentary for the BBC with critical acclaim.

He also continued to compete in sports cars for the likes of Aston Martin, Nissan and Peugeot – winning at Sebring and Silverstone for the latter during 2010. Continuing with the company’s turbo-diesel 908 in 2011, he finished fourth at Le Mans before winning three times as Peugeot won the one-off International Le Mans Cup.

Part of Sky Television’s commentary team from 2012, he joined Toyota for that year’s Le Mans 24 Hours. However, he crashed heavily at the end of the Mulsanne straight after hitting a GT car. His Toyota TS030 Hybrid flipped and Davidson suffered two broken vertebrae.

Those injuries ruled Davidson out of action for the rest of 2012. A regular with the team on his return in 2013, he shared a Toyota TS030 Hybrid with Sébastien Buemi and Stéphane Sarrazin. The finished second at Le Mans and Austin and clinched third in the championship by winning the final round in Bahrain.

Nicolas Lapierre replaced Sarrazin for the following season and they won the opening two races of the season and finished third at Le Mans. Lapierre was dropped before the Fuji Six Hours and Buemi and Davidson won the next two races as they were crowned 2014 World Endurance Champions with a round to spare.

Winless during his title defence as Toyota struggled in 2015, Davidson suffered heartbreak at Le Mans in 2016. In control of the race after a hard fought dice with the pole-winning Porsche of Neel Jani, co-driver Kazuki Nakajima was left stranded on the pit straight without power just five minutes from victory. He managed to restart and crawled across the line but the race was lost. To compound the bitter disappointment, that final lap was too slow for the car to be classified among the finishers.

There was a marked upturn in his fortunes during 2017 when the Toyota trio won five times. However, Davidson missed the race at Austin and was dropped at the end of the year to be replaced by Fernando Alonso as the Spanish superstar looked to win at Le Mans.

Davidson remained as a test and reserve driver for Toyota but raced DragonSpeed’s LMP2 ORECA 07-Gibson after the 2018 Le Mans 24 Hours. With Pastor Maldonado and Roberto Gonález as co-drivers, the Venezuelan made a couple of late overtakes in treacherous conditions to win the LMP2 class at Spa-Francorchamps in May 2019 but retired  month later at Le Mans.

DragonSpeed decided to reduce its sportscar activities after Le Mans so Davidson switched to Jota for the 2019/20 campaign, although he missed the opening round at Silverstone due to an old rib injury. The team finished the season fourth in class with 142 points that included a second place finish in class at Le Mans