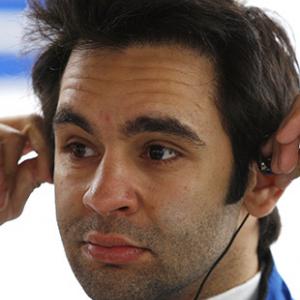 Born in Manaus in the Brazilian Amazon, the teenage Antônio Pizzonia enjoyed a faultless record in Britain’s junior formulae as he was much hyped as “the next big thing”. However, the fragile nature of motor racing reputation was amply illustrated by his struggles as a Grand Prix driver.

His humble upbringing was in stark contrast to some other drivers from his homeland. But what Pizzonia lacked financially, he made up for in natural talent as he starred in national karting from 1991.

He switched to Brazilian Formula Ford when 14 years old before finishing second in the 1996 North American Barber Dodge Championship. Despite speaking little English, Pizzonia moved to Britain as a wild young talent.

From the moment he won the 1997 Formula Vauxhall Junior winter series to clinching the British Formula 3 title for Manor Motorsport three years later Pizzonia enjoyed a run of success. 1998 British FVJ and 1999 Formula Renault Champion, he also tested for the Benetton and Arrows Formula 1 teams in 2000.

He joined the Williams-affiliated Petrobras Junior Team for the 2001 Formula 3000 season and won at Hockenheim. But that was his only victory in two years with the team as accidents thwarted his 2002 title ambitions.

Formula 1 with Jaguar and Williams

However, having tested for Williams-BMW that season, he was then chosen as Mark Webber’s Jaguar Racing team-mate for the 2003 F1 World Championship. His season began with Pizzonia rolling a road car with journalists on board and although no one was hurt, the incident brought unwanted extra attention before his debut in Australia. Furthermore, he struggled to be competitive and the team was looking for an alternative as early as round five in Spain. He qualified eighth and finished ninth in Austria but was replaced by Justin Wilson after 11 lacklustre races with his reputation tarnished.

He resumed his role as Williams test driver in 2004 and spent the next two seasons as the team’s “super-sub”. Ralf Schumacher was injured in the 2004 United States GP at Indianapolis and Pizzonia scored three seventh place finishes in his four GPs when deputising for the German.
However, it was the race he retired from that almost provided his greatest moment. Pizzonia was running third in Belgium when his gearbox failed. Sixth on the grid in Hungary was the best qualifying performance of his F1 career. When Nick Heidfeld left the team before the end of 2005, Pizzonia started another five GPs with seventh (again) on his return in Italy the highlight.

Although that spelled the end of his F1 career, Pizzonia continued to strive for a career in open-wheel racing and rediscover the promise he once showed. Subsequent single-seater opportunities in Champ Cars, GP2, Superleague and Auto GP included winning four times and claiming the title in the curtailed 2015 season of that latter series. He made a one-off appearance in the 2016 Nürburgring Six Hours, finishing 12th with Manor’s LMP2 ORECA-Nissan, and has since raced V8 stock cars in Brazil.