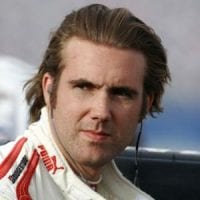 Björn Wirdheim’s 2003 Formula 3000 title-winning season was the model of consistency. He finished first or second in all-but-one round but despite that dominance, the Swede never had an opportunity in Formula 1 as he failed to establish himself in international single-seaters.

The son of a touring car driver, Wirdheim raced in Swedish Formula Ford from 1996. Champion in his second season, he spent 1998 and 1999 in Formula Palmer Audi. He then graduated to German Formula 3 with Team Ghinzani in 2000 and won twice with Prema Powerteam’s Dallara F301-Opel in 2001. That season ended with a surprise pole position and third place finish in the Macau Grand Prix.

He signed with Arden International for the 2002 F3000 Championship as Tomáš Enge’s team-mate. The Czech driver challenged for the title and Wirdheim showed ever improving form. Second at the A1 Ring and Hockenheim, the Swede dominated the Monza finale – leading all the way from pole position to victory. He stayed with the team for 2003 and took the title with three wins and nine second place finishes.

Jordan’s Friday test driver at the 2003 United States GP, he fulfilled that role throughout 2004 for Jaguar Racing. However, that was as close as Wirdheim came to racing in F1. He transferred to Champ Cars in 2005 with HVM and finished sixth at the Las Vegas Speedway on his last appearance before being replaced by Fabrizio del Monte.

Racing sports cars and in Japan

Wirdheim raced Dandelion Racing’s Lola FN06-Honda in Formula Nippon for the next two seasons with a second place at Suzuka each year his best result. He made his debut in Japan’s Super GT series in 2007 and he continues in that series at the time of writing. The Swede also started four rounds of the 2013 World Endurance Championship with a Zytek Z11SN-Nissan and won the 2015 European Le Mans Series with Jon Lancaster, Gary Hirsch and a Greaves Motorsport Gibson 015S-Nissan.

He began the 2016 ELMS season in Krohn Racing’s Ligier JSP2-Nissan but saw out the season in Japanese Super GTs and the Scandinavian Touring Car Championship – finishing the latter in fourth position thanks to victory at Karlskoga. Sixth in the Super GT300 standings in 2017, he made a one-off return to the series in 2019 but fulltime employment is now as an F1 commentator on Swedish television and developing drivers for the Porsche Carrera Cup in that country.