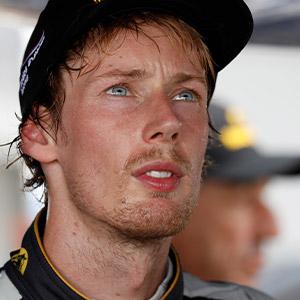 The long-haired Brendon Hartley was a precocious youngster who lost his way and Red Bull backing in 2010. That he rebuilt his career to re-emerge as a double World Endurance Champion, winner of the Le Mans 24 Hours and a Formula 1 driver for Scuderia Toro Rosso was one of the more unlikely stories of recent years. However, Red Bull eventually preferred to promote younger talent than to continue with the affable New Zealander.

The son of former national racer Bryan and younger brother of Formula Holden driver Nelson, Brendon benefited from the early guidance of five-time national champion Ken Smith. Hartley competed in national single-seaters when not even a teenager and travelled to Europe for Formula Renault as soon as he was 16 years old. 14th in the 2006 Eurocup with Arena Motorsport, his Red Bull Epsilon entry opened 2007 with a double victory at Zolder and he beat Jon Lancaster to the title after winning twice more.

Hartley’s ASL-Mücke Motorsport Dallara F305-Mercedes-Benz was a creditable fourth in that year’s Zolder Masters on his Formula 3 debut. He then drove a Carlin Dallara F308-Mercedes in British F3 during 2008 and finished third both in the championship and at Macau – the latter from 20th on the grid.

He tested a Red Bull RB4-Renault at Jerez that winter and the teenager was named as the team’s reserve driver for 2009. Only granted the necessary super licence in time for the Spanish Grand Prix, he was soon replaced in that role by Jaime Alguersuari. It must have been frustrating when the Spaniard was later promoted to replace Sébastien Bourdais in the Red Bull-owned Scuderia Toro Rosso race team.

Hartley also tested for Toro Rosso at the end of the year but three seasons racing in Formula Renault 3.5 did not yield a victory. He also started four 2010 GP2 races for Scuderia Coloni and finished sixth in the final round in Abu Dhabi. Dropped by Red Bull, he returned to GP2 with Ocean Racing Technology for the final two weekends of 2011 – finishing fifth in the wet feature race at Spa-Francorchamps.

Without a drive at the start of 2012, Hartley made a couple of appearances in the World Endurance Championship driving an ORECA 03-Nissan for newcomers Murphy Prototypes, including retiring from his debut at Le Mans. He also drove for Ocean in Bahrain’s GP2 rounds and tested a Mercedes-Benz F1 W03 in the Magny-Cours rookie test.

He remained with Murphy for the 2013 European Le Mans Series and dovetailed that programme with driving Starworks Motorsport’s Riley in the final Grand-Am season. He won at Road America in the latter and completed the ELMS campaign by winning the final round at Paul Ricard. Those successes coincided with Porsche’s return to the LMP1 class of the World Endurance Championship in 2014 and Hartley was named as part of its line-up in January.

He shared a Porsche 919 Hybrid with Mark Webber and Timo Bernhard for the next three ultimately successful seasons. On the podium three times during 2014, Hartley visibly matured as a driver as they clinched the following year’s WEC title. They finished second at Le Mans before winning the next four races in succession as Porsche enforced team orders in its battle with Audi.

They won four times during 2016 with Hartley reinforcing his reputation as one of sports car racing’s top stars. However, he crashed into a GTE-Am car at Silverstone’s opening round and that mistake cost victory in the race and, possibly, a chance of retaining the championship.

Webber retired at the end of 2016 and was replaced by fellow Kiwi Earl Bamber in what proved to be Porsche’s final LMP1 campaign. They finished in the top four throughout 2017 and won the Le Mans 24 Hours despite losing an hour in the pits. That was the first of another four-race winning streak that led to a second world title. Hartley’s year began with victory in the Dubai 24 Hours (driving a Herberth Motorsport Porsche 991 GT3-R) and culminated in racing in three series on eight consecutive weekends. Hartley started three IMSA races during 2017 that included winning Petit LeMans with Extreme Speed Motorsports’ Nissan Onroak DPi, Scott Sharp and Ryan Dalziel.

With Porsche planning to withdraw from sports cars at the end of the season, Hartley planned to return to single-seaters in the 2018 IndyCar Series with Chip Ganassi Racing. That programme was shelved when the New Zealander made a surprise Formula 1 debut with Toro Rosso in the 2017 United States GP. Initially a one-off as Pierre Gasly’s replacement, he completed the season as the Frenchman’s team-mate and did enough to be retained for the 2018 World Championship, despite taking grid penalties (65 places in total) at all four races.

His 2018 F1 campaign was overshadowed by persistent rumours that he was about to be replaced. He was close to Toro Rosso team-mate Gasly’s pace but only scored points on three occasions.

Dropped at the end of the season, Hartley was third in the 2019 Sebring 1000 miles on a one-off with SMP Racing’s BRE BR1-AER. Fulltime employment followed when the 30-year-old was chosen to replace Fernando Alonso in Toyota’s WEC line-up for 2019/20 and as a member of the Geox Dragon Formula E team.