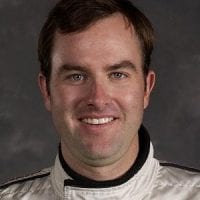 Civil war raged in North American open-wheel racing in 1996 as the sport was split between the rival Champ Car World Series and new Indy Racing League. The latter established its back-to-ovals, back-to-American championship with a three-race calendar at the start of that year and the previously little-known Buzz Calkins was one of the prime beneficiaries.

Calkins began racing “completely by mistake” when his father bought him a kart. He made his Formula Ford 1600 debut in the 1989 Midwest Championship while still at the University of Colorado and won the title at the second attempt. Calkins graduated to Indy Lights in 1993 with his family-run Bradley Motorsports team. Progress was slow but he twice finished on the podium during 1995, aided by the arrival of experienced engineer Ken Anderson.

His plans for 1996 were altogether more ambitious for he entered the Indy Racing League with a Reynard 95I-Ford. He qualified fifth for the inaugural event at Florida’s Disney World and emerged as a surprise winner. Sixth at Phoenix and 17th in the Indianapolis 500 was enough to tie Scott Sharp for that first truncated IRL championship title.

Calkins was second at New Hampshire at the start of the 1996/97 season but would not win again. He broke an ankle testing there in the season and racing was perhaps now secondary to his studies at the Kellogg School of Management. Calkins finished a career-best 10th in the 1998 Indy 500 before retiring from the sport at the end of 2001 to work for his father’s Colorado-based petroleum business.