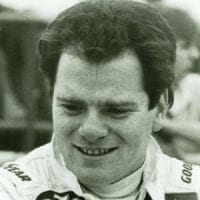 Chip Ganassi may be a multiple championship-winning team owner but he was also a top-3 finisher in the Champ Car World Series. Educated at Pittsburgh’s Duquesne University, he graduated with a degree in finance and first competed in local motocross races before switching to Formula Ford in 1977.

Formula Super Vee followed in 1981 and he attempted unsuccessfully to qualify a private Penske PC6-Cosworth for that year’s Phoenix Champ Car finale. Ganassi made his debut in the series at the Arizona oval at the start of the following season. His six races with a Rhoades Racing Wildcat Mk8-Cosworth lacked a top-10 finish but he was the quickest rookie at Indianapolis where he qualified in 11th position.

He joined Patrick Racing in 1983 and scored third place finishes at Las Vegas and Laguna Seca. The year ended with Ganassi qualifying in the top four for the final two races of the season as he clinched ninth in the points. Patrick switched from Wildcat to March 84C chassis for the 1984 Indianapolis 500 and Ganassi finished a career-best second in that year’s Cleveland Grand Prix.

However, that progress came to a shuddering halt at the next race when a puncture during the Michigan 500 launched Ganassi into Al Unser Jr and into the air. His car somersaulted and Ganassi suffered serious head injuries and a broken back when it landed upside down on the inside wall. Although he fully recovered, Ganassi only started another four Champ Car races and retired after the 1986 Indianapolis 500.

Ganassi acquired a stake in Patrick Racing in 1988 and Emerson Fittipaldi won that year’s Indy 500 and the 1989 Champ Car World Series for the team. Sole owner of the renamed Chip Ganassi Racing Team in 1990, it has become one of American racing’s finest operations.