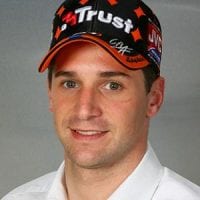 Christijan Albers went from DTM championship-challenger to an also-ran when he graduated to Formula 1. He remained a Grand Prix driver for two-and-a-half seasons and 46 races before returning to saloons and sports cars.

No relation of Marcel who was killed in a 1992 Formula 3 race, he is the son of 1979 Dutch Rallycross Champion André Albers. Just as his karting career ended with the 1997 Dutch title, the younger Albers won the Benelux Formula Ford Championship in his first season in cars.He progressed to F3 in 1998 with Van Amersfoort Racing and won twice at the Norisring as he finished fifth in the German Championship. A 1999 move to Bertram Schäfer Racing’s Dallara F399-Opel included six victories and ended with a clear title success when beating Marcel Fässler. But his graduation to Formula3000 as Mark Webber’s European Arrows Racing team-mate proved less successful. No points scored and generally qualifying outside the top 10 contrasted poorly as Webber won at Silverstone and finished third in the standings.

Albers moved to Germany’s DTM touring car series in 2001 with a Team Persson Mercedes. He maintained F1 ambitions as Minardi’s test driver in an association that remained throughout his initial saloon car career. A second DTM season came with Team Rosberg but that career really took off once he joined the works AMG Mercedes squad for 2003. Four wins kept him in the title hunt all year long but he lost out to DTM master Bernd Schneider at the final round. Another season with the team netted another victory and third in the final standings.

Formula 1 with Minardi, Midland and Spyker

But Albers wanted a return to single-seaters and he tested for the Jordan and Minardi F1 teams and ChampCar’s Walker Motorsports during the winter. Minardi was the eventual choice for2005 and he finished fifth of six starters in a United States GP blighted by the mass withdrawal of the Michelin-shod teams.He moved to Midland for 2006 but his barrel-roll at Imola was the most memorable moment of a frustrating year. The Dutch Spyker company bought the team in September 2006, although nationality did not preserve his F1 status for long. Albers lost his drive midway through 2007 when unable to match team-mate Adrian Sutil’s pace.

He returned to the DTM for a disappointing 2008 before rejoining his former F1 Team Principal Colin Kolles in sportscars. When Kolles was appointed to the Caterham F1 team in 2014, he enlisted Albers to run the struggling concern. The Dutchman remained in that post for three months before the team entered administration and eventually went out of business.