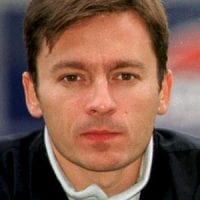 Winner of all three major 24-hour classics (Le Mans, Daytona and Spa-Francorchamps), Christophe Bouchut enjoys an exemplary record in endurance racing. His promise was evident from his time in karting – a triple national champion during the 1980s.

He graduated to cars and finished as runner-up in the 1988 French Formula Ford Championship. Two Formula 3 seasons with Team KTR proved something of a disappointment although he was third in the 1989 Macau Grand Prix. It was a move to Graff Racing for 1991 that transformed his fortunes in the category. Bouchut’s Ralt RT33-Volkswagen won the opening two races of the year on the way to the French F3 Championship.

Despite that success he would progress no further in single-seaters, preferring to race in the one-make Peugeot 905 Spyder Cup in 1992. He won that title and made his World Sportscar Championship debut for the marque at Magny-Cours when second in what was the very last such race.

Fourth in the 1993 French Supertourisme with a Peugeot 405, he shared the winning car in that year’s Le Mans 24 Hours with Eric Hélary and Geoff Brabham as Peugeot filled the top three positions.

Linked with graduation to Formula 1 before Larrousse closed its doors on the eve of the 1995 season, the pattern to Bouchut’s career was now set – successful in both national competition and international endurance racing. He was French Porsche Carrera Cup Champion in 1994, 1995, 1996 and 2000 and won the 1995 Daytona 24 Hours with a Kremer K8-Porsche.

He joined Mercedes-Benz in 1998 but was out of luck both in FIA GTs and at Le Mans. Most spectacular was his retirement from the 1999 24-hour race when co-driver Peter Dumbreck somersaulted off the track at 200mph.

A move to Larbre Compétition to race in the new N-GT class of the 2000 FIA GT Championship restored the Frenchman to winning ways – sharing the class championship with co-driver Patrice Goueslard.

The team graduated to the outright GT class a year later with a Chrysler Viper GTS-R and Bouchut won the title for two years in a row. He and regular co-driver Jean-Philippe Belloc clinched the 2001 title by winning the Spa 24 Hours and Bouchut successfully defended both the race and his title a year later.

Bouchut concentrated on running his various businesses in 2016 before making sporadic appearances in the NASCAR Whelen Euroseries from 2017.