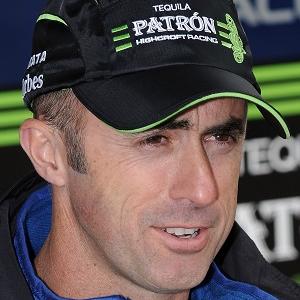 The youngest of the Brabham boys enjoyed the longest racing career of all of them. David Brabham raced in Formula 1 for a couple of seasons – making his debut with the team that his father had founded – but it is in endurance racing that he became a champion.

Success in the junior categories

Born in England the year before Sir Jack Brabham won his third world championship, he started racing in Australia during 1986. Fourth in national Formula Ford that year, he won the 1987 Formula Pacific title – a championship decided by a one-off race that supported the Australian Grand Prix.

He moved to England in 1988 to race in Vauxhall-Lotus but it was when he stepped up to Class B Formula 3 later that year that he impressed. The result was a fully sponsored drive with Bowman Racing for the 1989 British F3 Championship and his Ralt RT33-Volkswagen won six times before capping a fine season with victory in Macau. He was only confirmed as champion in February 1990 after a series of disputes between the rival Bowman and West Surrey Racing teams were finally resolved by the RAC MSA.

Formula 1 with his father’s team

Brabham planned to graduate to Formula 3000 with the Middlebridge Group but he was suddenly thrust into the F1 limelight. Middlebridge bought the Brabham F1 team and he made his debut in the 1990 San Marino GP. But it was now a shadow of its former self and he struggled to qualify, only starting eight times and finishing just once – a distant 15th in France.

Brabham began 1991 in F3000 and ended the year with long-distance success. His Jaguar won at the Nürburgring and Sugo in the World and Japanese sports car championships respectively. He was also victorious in the Spa 24 Hours for Nissan. Brabham had not given up on F1 however and he spent the next two seasons testing for Footwork Arrows. He was also in the Jaguar XJ220 that won its class in the 1993 Le Mans 24 Hours only to be disqualified.

Brabham returned to F1 race action in 1994 with Simtek. He started all 16 races but the death of team-mate Roland Ratzenberger at Imola cast a shadow over the year as the small team struggled against the sport’s heavyweights. 10th in the 1994 Spanish GP was Brabham’s best result from his 24 GP starts.

Without an F1 ride for 1995, he spent a season in the British Touring Car Championship with BMW before heading East to win the 1996 Japanese Super GT title with a Lark McLaren F1-GTR-BMW and co-driver John Nielsen. His growing reputation was enhanced by 1997 successes at Bathurst (sharing a BMW 320i with his brother Geoff) and in the United States Road Racing Championship for Panoz.

That was the forerunner of the American Le Mans Series and Brabham was runner-up to Elliott Forbes-Robinson in the inaugural ALMS championship in 1999. He drove for Panoz until 2003 when Brabham moved to Bentley for a schedule that included the British marque’s first Le Mans victory since 1930. Unfortunately for Brabham, he was in the second placed Bentley EXP Speed Eight that year.

He drove for Aston Martin at Le Mans from 2005 to 2008 – winning the GT1 class in 2007 (when fifth overall) and 2008. It was 2009 in which the personable and popular “Brabs” finally won sports car racing’s major accolades. In the victorious diesel Peugeot 908 at Le Mans, he also won the ALMS title with Scott Sharp and Highcroft Racing’s Acura ARX-02a.

He repeated that ALMS success in 2010 with Simon Pagenaud now his co-driver. His Highcroft HPD ARX-01e finished second in the 2011 Sebring 12 Hours but a lack of sponsorship forced the team to withdraw from racing shortly before Le Mans. That left Brabham without a drive in the race for the first time since 1995 and he raced a Sumo Power Nissan GT-R in the GT1 World Championship instead.

Brabham drove a JRM-entered HPD ARX-03a in the new World Endurance Championship during 2012 and finished sixth overall on his return to Le Mans.

Reacquiring the Brabham trade name and launching Brabham Automotive has taken much of his energies in recent years. The company was launched in 2018 with mid-engine Brabham BT62 track day car its first product. A production run of 70 cars is planned, each with a themed livery to reflect 70 years of Brabham heritage.

In November, the Brabham BT62 made its racing debut in the Brit Car ‘Into the Night’ races at Brands Hatch. Along with Will Powell, Brabham won in the car’s first competitive appearance.