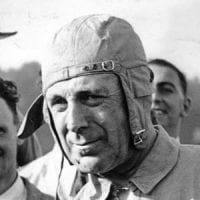 The fifth Earl Howe was a racing driver of some note and an influential administrator in British racing throughout his life. Undoubtedly a gentleman driver, he had talent as well as position and may well have made an impact if he had started when a younger man.

Politics and a late start as a racing driver

The then Viscount Curzon was educated at Eton and Oxford, was a naval officer during World War I and served as the Member of Parliament for Battersea South from 1919 to 1929.

He transferred to the House of Lords when he succeeded his father as Earl Howe and was already 44 years old when he first raced seriously with a Bugatti T43 during 1928. A regular in British races, he also competed on the continent and made his debut at Le Mans in 1929.

That event was already an annual pilgrimage for the British racing fraternity and Howe finished fifth in 1930 with an Alfa Romeo 6C Sport. He shared his 8C-2300 LM with Tim Birkin in 1931 and their win solicited a congratulatory message from Benito Mussolini for their “victory for Italy.”

Howe competed in European Grands Prix and voiturette events throughout the 1930s when most other Englishmen raced at home. He bought a couple of Delages from Sir Malcolm Campbell and Robert Sénéchal which he drove in voiturettes. When he crashed into a tree at Monza in 1932 his immediate response was to say “I’m afraid I have one car less.”

He sold the remaining chassis to Richard Seaman in 1936 and acquired ERA R8B instead. Howe suffered serious injuries after crashing into Brooklands’ Vickers Bridge while leading the 1937 Campbell Trophy. Sufficiently recovered to race again four months later, he defeated Piero Taruffi’s Maserati in a race-long duel in Cape Town’s Grosvenor GP at the start of 1938.

Grand Prix driver and President of the BRDC

Howe’s GP debut was at Monaco in 1931 and he finished fourth in the principality a year later when driving a Bugatti T51 on both occasions. Second in the 1935 Donington GP against a largely local field, Howe raced for the final time in the 1939 JCC 200 at Brooklands.

He served in the British Navy once more during World War II as a Commodore and Earl Howe became a passionate advocate for the sport he loved after the conflict. He was the President of the British Racing Drivers’ Club from 1929 until his death and represented his country’s interests at the FIA during that time.

Earl Howe was one of the first drivers to use a crash helmet and that decision had saved his life on at least three occasions. He suffered a stroke in 1963 and died a year later.