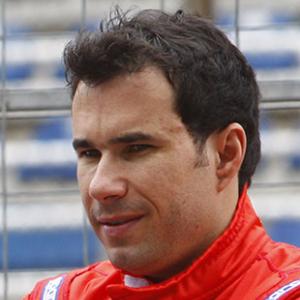 Enrique Bernoldi arrived in Europe in 1995 after seven successful seasons in karting. Brazilian Champion in 1990 and 1991, he raced in Italian Formula Boxer that first season in cars. The 18-year-old switched to the Formula Renault Eurocup and his promise was confirmed by winning the 1996 title after a dominant campaign.

However, two seasons of British Formula 3 with Promatecme’s Dallara-Renaults were less successful. His cause was not helped by a road accident early in 1997 which forced him to miss two early-season races. He struggled to regain fitness but a strong end to the season – including victory at Spa-Francorchamps and third in Macau – installed Bernoldi as firm title favourite for 1998.

He dominated the early races but compatriot Mario Haberfeld clawed back the points deficit to snatch the 1998 British F3 title. Bernoldi also finished second in the Zandvoort Masters and was third again at Macau but unforced errors cost him dear that year.

Bernoldi graduated to F3000 in 1999 with the Red Bull Junior Team and with it came Sauber Formula 1 testing duties. But two F3000 seasons only yielded frustration. He could have won from pole position at Barcelona or at the Nürburgring during 2000, but a puncture and suspension failure respectively cost him victory.

It was something of a surprise when Bernoldi was chosen by Tom Walkinshaw to race for the Orange Arrows F1 team in 2001 – a move eased by some Red Bull backing. Despite finishing no higher than eighth, his highlight came when he held off David Coulthard’s McLaren-Mercedes for 35 laps in Monaco before making his pitstop. Retained for the following season, mounting debts forced Arrows out of existence before the Belgian GP and Bernoldi was without a ride.

He spent 2003 and 2004 in the World Series by Nissan, winning each year for GD Racing and finishing third that second season when beaten by Heikki Kovalainen and Tiago Monteiro in the points.

A test driver for BAR-Honda during 2004 and 2005, he finished fourth in the very last Champ Car race – the 2008 Long Beach GP – with Conquest Racing’s Panoz DP01-Cosworth. He also raced the team’s IndyCar entry that year and he finished a best of fifth at St Petersburg as American open-wheel racing reunified after a decade split asunder.

As well as racing in categories such as V8 stock cars and GT3 in Brazil, Bernoldi made his FIA GT debut at Spa-Francorchamps in 2009 with a Sangari Chevrolet Corvette C6-R. He quickly adapted to that form of racing with victory at Paul Ricard the highlight.

A switch to a Vitaphone Maserati MC12 for the new GT1 World Championship in 2010 included victory at Interlagos but a subsequent season with Sumo Power Nissan was less successful.
Now based in Miami, Bernoldi raced in the North American Lamborghini one-make series and finished as runner-up to Richard Antinucci in 2015 before retiring from the sport a year later.