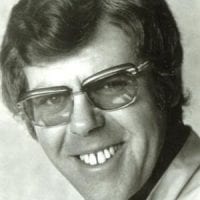 This Dutch émigré began racing a Morris Minor in 1958 and was a regular on North America’s sports car scene during the 1960s. A resident of Toronto, Eppie Wietzes was winning races by 1963 but he broke his leg while practising at Westwood in 1964.

He was still relatively unknown when Comstock Racing Team’s Chuck Rathgeb Jr arranged for him to drive a third works Lotus 49-Ford in the 1967 Canadian Grand Prix. Unfortunately Jim Clark crashed on the Thursday and commandeered Wietzes’ chassis. With only 20 laps in the repaired car, Wietzes qualified on the last row before being disqualified from the race following a push start.

He continued to race in national sports cars but it was in the new Formula 5000 that Wietzes enjoyed his greatest success. Fourth in the North American Championship in 1970 and 1971 when driving McLaren-Chevrolets, he switched to a Lola T300 to win at Brainerd in 1972. He finished in the series’ top six each year from 1970 to 1975.

Wietzes claimed a unique place in Formula 1 history during the 1973 Canadian GP when he was the first man to drive a safety car (a yellow Porsche 914) during a GP. However, he was wrongly instructed to pick up Howden Ganley’s Williams as the leader as most drivers pitted to change from wet to dry tyres and lap charting chaos ensued.

He rented a Brabham BT42-Ford for the 1974 Canadian GP – the Team Canada F1-entered car resplendent in patriotic red-and-white maple leaf livery. He qualified in last position and retired from the race with transmission failure.

The final year of F5000 came in 1976, but Wietzes raced on in sports cars and saloons. His Bob Garretson-entered Chevrolet Corvette won the 1981 Trans-Am Championship and Wietzes finished second in that year’s World Sportscar Championship race at Mosport Park when sharing a Cooke-Woods Racing Lola T600-Chevrolet with Brian Redman. He retired from racing in 1987.