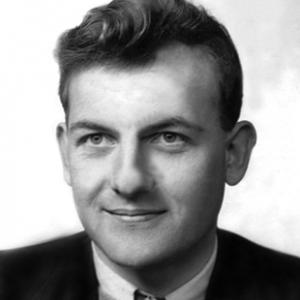 Brothers Gerry and Chris Ashmore were second generation British racing drivers during the early 1960s – following in the footsteps of their father Joe and Uncle Fred.

Gerry Ashmore began racing in Formula 2 during 1960 with a privately-entered Cooper T43-Climax. A distant second in the Aintree Trophy behind Mike McKee’s Jim Russell-entered car, his best performance of the season came on a short airfield circuit outside Innsbruck. Ashmore set the fastest lap of the race and finished an unlapped third behind Hans Herrmann and Wolfgang von Trips.

A Lotus 18-Climax was ordered for 1961 with which Ashmore graduated to Formula 1 with friend Tim Parnell. He initially raced in lesser non-championships events and qualified on pole position before finishing second at Naples (a race won by Giancarlo Baghetti’s Ferrari). Grand Prix starts in the British, German and Italian races followed that year but 16th at the Nürburgring was his only finish.

Ashmore crashed out on the opening lap at Monza, just before a separate accident claimed the lives of Wolfgang von Trips and 14 spectators. His only entry for the 1962 F1 World Championship was also in the Italian GP but Ashmore failed to qualify.

That was Gerry Ashmore’s last appearance on an F1 entry list, championship or otherwise. He raced sporadically for the rest of the decade in national events and continues to appear at historic meetings today.