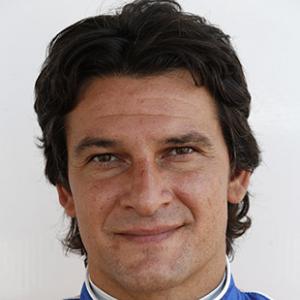 GP2 Series champion in 2008 in his seventh campaign in that category or its predecessor (Formula 3000), that success did not provide Giorgio Pantano’s passport back to Formula 1 and he remained marooned outside the elite.

Successful in karts and twice third in the Formula Super A World Championship (1997 and 1999), Pantano made his motor racing debut in the 1999 Formula Palmer Audi winter series in which he was third. He won on his debut in the 2000 German Formula 3 Championship with a KMS Dallara F300-Opel as he beat Alex Müller to that year’s title. A man in demand, he tested a Benetton B200-Playlife at Jerez, Valencia and Monza that summer.

Pantano also tested for McLaren-Mercedes at the start of the following year but raced for Team Astromega in F3000 in 2001. Poor qualifying and too many accidents blighted his campaign although victory in the Monza finale confirmed that he had the raw speed to succeed.

Plans to race for Super Nova fell through just before the 2002 F3000 season but he starred for Coloni Motorsport instead. Three victories were the highlights and Pantano was elevated to championship runner-up behind Sébastien Bourdais when Tomáš Enge failed a random drug’s test.

The Italian tested for Williams-BMW that winter and remained in F3000 with Durango Formula – winning twice and finishing third overall. That at last led to a Grand Prix opportunity when Pantano drove a Jordan EJ14-Cosworth in 14 races during 2004. Dropped in Canada following a sponsorship dispute (his replacement Timo Glock scored a couple of points), Pantano did not finish in the top 10 before he left the team with three rounds to go.

Success in the GP2 Series and Indycars

He stepped back into the new GP2 Series in 2005 and finished sixth for Super Nova International. That season also included a couple of Indycar starts in Chip Ganassi’s G-Force GF09B-Toyota. Pantano starred at Watkins Glen by qualifying second and finishing fourth.

Successive GP2 campaigns with FMS International (from mid 2006) and then Campos Grand Prix yielded victories but it was 2008 when Pantano challenged for the title. Now with Racing Engineering, he was the class of the field – winning four feature races and beating Bruno Senna and Lucas di Grassi to the championship.

That success led only to the backwaters of Superleague Formula and Auto GP although Pantano did make occasional Indycar appearances in 2011 and 2012. He replaced the injured Justin Wilson for three races with Dreyer & Reinbold in 2011 – setting the fastest lap at Motegi – and Ganassi’s Charlie Kimball at Mid-Ohio a year later.

Pantano then returned to karting to manage his own team before joining ART Birel Junior Team in 2016.