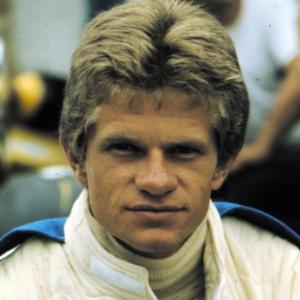 Ingo Hoffmann first raced in a Volkswagen Beetle during 1972 and he arrived in Europe in 1975 with a strong reputation from national Super Vee and saloon cars. A protégé of Wilson Fittipaldi, the highlight of his debut season in British Formula 3 was victory at Oulton Park with a March 753-Toyota on the day that Gunnar Nilsson clinched the championship.

That had been a promising debut season but was hardly sufficient experience for Formula 1. The build-up to the 1976 World Championship was a period of patriotic optimism in Brazil. Emerson Fittipaldi had stunned the sport by signing for his brother’s Copersucar-backed team and Hoffmann was announced as his team-mate for an all-Brazilian assault.

Hoffmann made his Grand Prix debut in the 1976 Brazilian GP with a year-old Fittipaldi FD03-Ford and finished 11th. The team’s budget did not stretch to a full season for two cars and Hoffmann only entered three more races that year which he failed to qualify for.

Instead, he raced Willi Kauhsen’s Formula 2 March 762-Hart and finished fifth at Thruxton and sixth at Rouen. Although he drove a Fittipaldi FD04-Ford in both South American GPs (finishing seventh in Brazil) it was F2 that again provided regular racing in 1977. His Project Four Ralt RT1-BMW scored a succession of third place finishes at Nogaro, Enna-Pergusa and Misano and the Brazilian was seventh in the European F2 Championship.

Hoffmann stayed with Ron Dennis’ team for 1978 (now with a March 782-BMW) and consistent points finishes (including three fourth place finishes) were rewarded with sixth equal in the standings. He scored an end-of-season non-championship victory at Buenos Aires but returned to Brazil in 1979.

He has since become a legend in the Brazilian stock car series and won 12 national titles. His 100th victory in the category came at Brasília in 2006 against a field that included fellow GP refugees Raul Boesel, Chico Serra, Tarso Marques, Christian Fittipaldi and Luciano Burti. He retired from racing in 2008 and now runs the Instituto Ingo Hoffmann to aid children with cancer and their families.