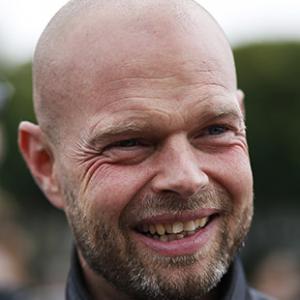 Exceptional in Formula 3 and with unquestioned natural ability, Jan Magnussen looked every inch a future superstar on the way to Grand Prix racing. But talent alone is no guarantee of Formula 1 success and his career at the highest level was a huge disappointment.

Victory in the 1990 Formula A World Championship at Jesolo was the culmination of six successful years in karts. The feeling that Magnussen was special was confirmed at the end of his first year in cars.

Increasingly fast in British Formula Ford during 1992, his Duckhams Van Diemen RF92 started Brands Hatch’s end-of-season Festival weekend from the back of the grid in his heat and with a 10-second penalty. Yet, he fought through the field to win the final after an audacious pass for the lead at Paddock Hill Bend.

His dominance of the 1994 British F3 Championship with Paul Stewart Racing’s Dallara F394-Mugen drew comparisons with Ayrton Senna’s time in the series and Magnussen joined McLaren-Mercedes as its F1 test driver in 1995. He raced an AMG Mercedes C-Klasse in that year’s International Touring Car Series and DTM and finished as runner-up in the former. That was despite missing two rounds after breaking his leg when his scooter was hit by a car.

Magnussen also made his F1 debut in the 1995 Pacific GP when replacing appendix patient Mika Häkkinen at Aida. He qualified the difficult McLaren MP4-10B-Mercedes-Benz in 12th position and finished 10th.

A permanent F1 opportunity was not forthcoming for 1996 so Magnussen remained in the DTM. He also raced a works and then Hogan Racing Penske PC25-Mercedes in the last four rounds of the Champ Car World Series but finished no higher than eighth at Laguna Seca.

Despite that recent disappointing form in single-seaters, Jackie Stewart still remembered Magnussen’s performances in F3. The Dane signed for new Stewart Grand Prix as Rubens Barrichello’s team-mate for the 1997 F1 World Championship. He finished seventh in Monaco and qualified in a career-best sixth in Austria, but Magnussen struggled and only just retained his drive for 1998. He finished sixth in the 1998 Canadian GP but that was his last GP.

Replaced by Jos Verstappen after struggling to apply his talent in F1, Magnussen rebuilt his career in sports cars with the unusual front-engine Panoz roadster. He quickly developed into a race winner in the American Le Mans Series but a 1999 return to Champ Cars was less successful – seventh at Vancouver with Patrick Racing’s Reynard 99I-Ford the best of seven races that season.

Part of Corvette’s GT programme for 16 years and a class winner at Le Mans on four occasions, Magnussen was dropped at the end of 2019.