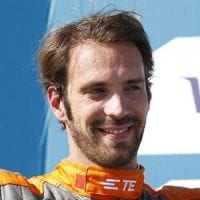 This highly rated Frenchman spent three Formula 1 seasons in the Red Bull-supported Scuderia Toro Rosso. Like many before him, Jean-Eric Vergne (or “JEV” as he became known) was then moved aside to accommodate younger talent and his career. Subsequent programmes in the World Endurance Championship and Formula E have been rewarded with double title success in the all-electric single-seater series.

Vergne’s father ran a karting circuit at Cormeilles-en-Parisis and he first drove there at the tender age of four. He began his competition career in 2001 and won a national karting title for juniors a year later. Runner-up behind James Calado in the 2005 Intercontinental A European Championship at La Conca, he was seventh in the following year’s Formula A World Championship at Angerville as his karting career drew to a close.

With backing from the FFSA, France’s national authority, Vergne graduated to Formula Campus in 2007 for what was his car racing bow. He won six times to ease to the title at the first attempt – success that attracted Red Bull’s long-term backing.

He joined SG Formula for the 2008 Formula Renault 2.0 season and scored podium finishes in both the Eurocup and Western European Championships. He remained with the team for a second season and emerged as a front runner in both series. That included a total of nine wins but Vergne was narrowly beaten to both titles by Spaniard Albert Costa.

Success in F3 and Formula Renault 3.5

Red Bull placed Vergne in the 2010 British Formula 3 Championship with team-of-the-moment Carlin. His Dallara F308-Volkswagen was the class of the field and Vergne won 13 times to beat Calado to the title and become the first Frenchman to win that series. He also made his Formula Renault 3.5 debut during 2010 – his Tech 1 Racing entry winning at Silverstone as he completed the last four rounds in the top three.

Vergne returned to Carlin for a full F.Renault 3.5 campaign in 2011 and challenged for the title all year. Four victories included a double in Hungary but he eventually lost out to team-mate Robert Wickens when they crashed together during the final weekend. Red Bull clearly rated him for Vergne was Toro Rosso’s Friday test driver during that year’s Korean, Abu Dhabi and Brazilian GPs.

Vergne joined Toro Rosso for the 2012 F1 World Championship as Red Bull continued to look for its next star. His was an inconsistent maiden season during which raceday was all too often compromised by a disappointing qualifying performance. However, he scored the first of four eighth place finishes at round two in Malaysia and was 17th overall by the end of the season – six points ahead of team-mate Daniel Ricciardo.

When Mark Webber announced he was retiring from F1 at the end of 2013, the competition between Vergne and Ricciardo effectively became an audition for a 2014 Red Bull race seat alongside World Champion Sebastian Vettel. Again the Frenchman proved no match for his team-mate in qualifying, losing out 4-15 over the season. He did qualify seventh and finish sixth in Canada – his best weekend of the year – but it was Ricciardo who was promoted to the senior squad.

Vergne was joined by Daniil Kvyat at Toro Rosso and that his qualifying form improved was shown by starting sixth in Australia and seventh at Monaco. However, Kvyat was a revelation and it was the young Russian who was chosen to replace Ferrari bound Vettel at the end of the season. Vergne matched his best F1 result by finishing sixth in Singapore but was not retained at the end of the season.

Without an F1 race drive for 2015, Vergne joined Ferrari as a test driver while racing for Andretti Autosport’s Formula E team from round three of the inaugural 2014/15 campaign. On pole position for his debut in Punta del Este and fastest in qualifying on two more occasions, the Frenchman finished second in Long Beach and third in London as he came a creditable seventh overall despite his late start to the campaign.

He switched to DS Virgin Racing for 2015/16 and recovered from a slow start to finish second in his home Paris race after a feisty dice with team-mate Sam Bird. On pole for the next round in Berlin, he finished third in London’s first race as he claimed ninth in the points.

Vergne drove Techeetah’s Renault ZE16 during the 2016/17 Formula E season and scored a convincing breakthrough win in the final race in Montréal. He remained with the team for season four and begun by qualifying on pole position for the opening race in Hong Kong despite spinning across the finish line. He won the fourth round in Santiago to assume the points lead and three further victories, including on the streets of his Paris hometown, were rewarded with his first motor racing title in eight years.

His 2018/19 title defence started with a drive through penalty in Diriyah that thwarted victory and costly spin in Marrakech. It was round six in Sanya before Vergne finally won, passing Oliver Rowland late in the race. He then converted pole position to win on the streets of Monte Carlo and take the championship lead for the first time. Third in Berlin, he consolidated his advantage with another victory in Bern. He crashed twice during a disastrous Race One in New York but clinched the title with an unobtrusive seventh-place in Race Two.

In 2020, it was team-mate Antonio Felix da Costa that took the title after an inconsistent season for the Frenchman. He secured three podium finishes and just a single win all season to end the season third in the championship.

He made his endurance racing debut in 2017 and shared G-Drive Racing’s dominant ORECA 07-Gibson in the following season’s European Le Mans Series with Roman Rusinov and Andréa Pizzitola. Vergne missed the opening race due to his Formula E commitments so finished as runner-up behind his co-drivers. The trio also won the LMP2 class on the road at Le Mans in 2018 but the car was disqualified for an irregularity with the team’s refuelling rig.