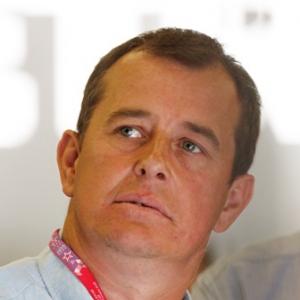 John McGuinness is a legend of the Isle of Man TT races who has 23 race wins to his name, second only to the late Joey Dunlop.

Born in Morecambe on Lancashire’s coast, McGuinness’s father ran a motorcycle repair shop and raced as an amateur. The youngster trained as a bricklayer and worked as a cockle fisherman when he could not find work in that chosen profession. Encouraged by his father, the 18-year-old McGuinness made his racing debut in a club event at Aintree in 1990 when riding his 250cc road-going Kawasaki.

It was six years before his maiden TT appearance and his promise was recognised with the best newcomer award following that 1996 debut. 1999 was McGuinness’s breakthrough year for he won the British 250cc title and scored his first victory on the Mountain circuit that would define his career – winning the Lightweight 250cc race. He also started the 500cc British Grand Prix on three occasions from 1998 to 2000, twice finishing in the points. He also finished 14th in the 250cc class in 1997.

Winner of the Formula 1, Junior 600cc and Lightweight 400cc TT races in 2004, McGuinness scored his first victory in the Senior TT a year later. Another three victories in 2006 included successfully defending his Senior title and McGuinness lowered the lap record on four occasions during race week. He became the first rider to average over 130mph in 2007 and he won the Senior TT for a fourth successive year in 2008.

He won the Superbike race in 2009 to score his 15th TT win to become the second most successful TT rider after Joey Dunlop’s 26 wins. He dominated that year’s Senior TT and set a new 131.578mph lap record before his chain broke to deny victory.

Without a victory during the 2010 TT week, he won the following year’s Senior and Superbike TTs and scored his first victory in the Superstock category in 2012. McGuinness then equalled Mike Hailwood’s record seven Senior TT victories thanks to further successes in 2013 and 2015. He raised his lap record to 131.671mph during the 2013 Superbike race, although that mark has since been surpassed.

McGuinness finished second on his debut in the all-electric TT Zero race in 2012 and repeated that result a year later before recording back-to-back victories in 2014 and 2015.

McGuinness is a six-time winner of the North West 200 road race in Northern Ireland but he crashed during practice for the 2017. He fractured his leg and suffered back injuries that forced him to miss the rest of the season including that year’s TT.

An intended return to the TT in 2018 was thwarted as his injuries took longer than anticipated to heal. Back in time for Classic TT in August, he was fit for the main event in 2019 but suffered a frustrating meeting. That he was still a force on the Isle of Man’s famous Mountain Course was confirmed with a dominant victory in that year’s Senior Class TT in August.