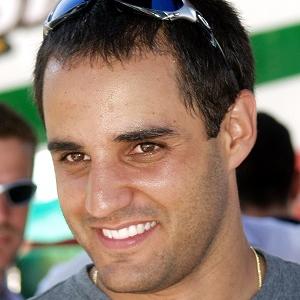 The son of an architect, “JPM” is blessed with star-quality and natural talent to match. He arrived in F1 amid much hype and with a self-belief that was there for all to see. Third in the world championship in 2002 and 2003, he decided his future was best-served in America after less than six seasons.

Juan Pablo Montoya raced karts when just five years old and was a champion in his age group throughout childhood. He switched to cars in 1992 and won the following season’s Colombian Swift GTi title. With international ambitions, Montoya raced in Formula Dodge before finishing third in the 1995 British Formula Vauxhall Championship with Paul Stewart Racing.

He graduated to Formula 3 with Fortec Motorsport’s Dallara F396-Mitsubishi and won twice on the way to fifth in the standings. With steady progress so far, the motor racing world started to take notice of Montoya during the 1997 Formula 3000 season. His RSM Marko-entry won three times as the rookie finished second behind Ricardo Zonta.

Now contracted to the Williams Formula 1 team as test driver, he joined Super Nova Racing for the 1998 F3000 season and beat Nick Heidfeld to the title. Montoya spent 1999 in Chip Ganassi’s Champ Car team alongside his Williams testing duties. He finished equal on points with Dario Franchitti but became only the second rookie to win the Champ Car World Series (Nigel Mansell being the first) as he had won more races than the Scot.

Ganassi switched to Toyota engines for 2000 but poor reliability thwarted another championship charge. The team did become the first CART concern to race at the IRL-sanctioned Indianapolis 500 since American open-wheel racing had split so disastrously. Montoya qualified on the front row and dominated to win the 500 at the first attempt – a feat not achieved since Graham Hill in 1966.

F1 beckoned in 2001 and he replaced Jenson Button at BMW Williams. Fast and brash, Montoya went wheel-to-wheel with Michael Schumacher in Brazil and the United States – passing the world champion in both events. He scored his first victory in an emotionally charged Italian GP run in the aftermath of the terrorist attacks in America.

Seven pole positions during 2002 confirmed his outright speed but it was team-mate Ralf Schumacher who scored Williams’ only victory that year. Third in the standings that year and expected to challenge the older Schumacher for the 2003 World Championship, Montoya won the Monaco and German GPs but his relationship with team management grew ever-more strained. The competitiveness of both team and its tyre supplier (Michelin) waned during another Ferrari dominated season with Montoya third once more.

Having already committed his future to McLaren, Montoya finished his Williams career by winning his final race in the 2004 Brazilian GP – beating future team-mate Kimi Räikkönen into second position that day.

His switch to McLaren turns sour

Early progress at McLaren was hampered when forced to miss two races after injuring his shoulder, apparently playing tennis. His Latin character was also in stark contrast to McLaren’s regimented approach. But he improved from mid-season and eventually matched his much fêted team-mate to win three times.

Despite that progress, 2006 was not a success and relations with McLaren boss Ron Dennis was further tested when Montoya crashed into Räikkönen during the United States GP. Unlikely to be retained, and with potential F1 opportunities reducing, Montoya surprised the sport by announcing that he was rejoining Ganassi to race a Dodge Charger in NASCAR from 2007.

Stock car racing and his return to Indycars

Immediately dropped by McLaren, he made his stock car debut at Homestead by the end of the year. 2007 brought victories in the Daytona 24 Hours (with Ganassi’s Riley MkXI-Lexus) and the Sears Point road race for the NASCAR squad. That was enough for Montoya to win the 2007 Rookie of the Year award.

Another victory in the Daytona 24 Hours followed in 2008 but harsh financial reality was now biting NASCAR. Ganassi merged his team with Teresa Earnhardt’s operation for 2009 and switched to Chevrolet Impalas. Montoya qualified for the Chase for the Cup for the only time that year and finished in a career-best eighth position in the standings.

He won at Watkins Glen in 2010 although victory on an oval proved elusive throughout his NASCAR career. His nine pole positions included eight on speedways but second place finishes at Indianapolis in 2007, Talladega 2008, Pocono 2009 and Dover 2013 were his best stock car results on that type of track.

Now in his late-thirties, Montoya returned to the IndyCar Series with Penske in 2014 and finished fourth overall after winning from pole position at Pocono. The 2015 season included a second victory in the Indianapolis 500 but he lost the title to Ganassi’s Scott Dixon on victory countback – 16 years after he had triumphed in North America for the first time by that most slender of margins. Victory at St Petersburg in the opening race of 2016 suggested another title challenge that never materialised. As Penske team-mates Simon Pagenaud, Will Power and Hélio Castroneves finished 1-2-3 in the championship, Montoya scored a couple of third place finishes on the way to a lowly eighth in the final standings.

Montoya was replaced by Josef Newgarden in Penske’s regular line-up for 2017 but remained with the team to race in IMSA and a two-race Indycar programme. He qualified fifth for the Indianapolis GP on the road course and then finished in a competitive sixth in the Indy 500 itself.
He finished third in LMP2 on his debut in the Le Mans 24 Hours in 2018 with a United Autosports Ligier JSP2-Gibson. Montoya then shared the winning Acura Team Penske ARX-05 with Dane Cameron on three occasions as they clinched the 2019 WeatherTech IMSA DPI title at the final round.

In January, Montoya announced he will return to Indianapolis with McLaren for a one-off appearance at the 2021 Indy 500.