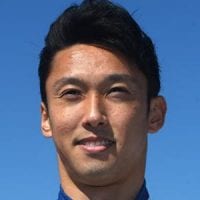 The son of five-time Japanese Formula 2 Champion Satoru, Kazuki Nakajima raced in Formula 1 for two full seasons before establishing himself as a central part of Toyota’s all-conquering sports car racing squad. He came within five minutes of winning the 2016 Le Mans 24 Hours before delivering the marque’s first victory in the race two years later.

He began karting in 1996 and was Suzuka Formula ICA Champion in 1999 before graduating to cars as part of Toyota’s young drivers’ scholarship. Two seasons in Formula Toyota resulted in Nakajima winning the 2003 championship and a move into national Formula 3 for the following season with a TOM’s Dallara F304-Toyota. He dominated his first race weekend at Suzuka – winning both races from pole position – but those were his only victories of 2004.

Runner-up behind TOM’s team-mate João Paulo de Oliveira in his second season in the category, Nakajima decided to follow in his father’s footsteps and race in Europe. That was in the 2006 F3 Euroseries with a Manor Motorsport Dallara F305-Mercedes-Benz. He scored a lights-to-flag victory in the second race at the Lausitzring – achieving the European race win that his father never did.

With Toyota powering the Williams F1 team from 2007, Nakajima signed as its test driver and he first drove a Grand Prix car at Fuji in November 2006. He combined those duties with a season in the 2007 GP2 Series with DAMS. Maturing all year – he scored six podium finishes (including five in-a-row), qualified on pole position at Valencia and was fifth in the championship.

He also ended the year by making his F1 debut in the Brazilian GP when replacing Alex Wurz who had suddenly retired. Unfortunately, Nakajima ran into two of his mechanics during his first pitstop (without serious injury) but he recovered to finish in 10th position.

Retained for 2008, his Williams FW30-Toyota finished the Australian GP in sixth position in the first of five top-10 results. Fifteenth in the World Championship, he qualified a career-best fifth for the 2009 British GP and survived a high-speed collision with Kamui Kobayashi in Brazil. However, he failed to score a point all year.

Success at home and in sports cars

Toyota withdrew from F1 at the end of the season and Nakajima was left without a drive when the entry for newcomers Stefan Grand Prix was refused. He returned to TOM’s for the Formula Nippon and Super GTs in 2011 and finished as runner-up in the former after losing the title to TOM’s colleague André Lotterer at the final round.

Nakajima had his revenge in 2012. His Swift FN09-Toyota won the opening F.Nippon round and he scored another two podium finishes to arrive at the Suzuka finale as one of five drivers with a chance of the title. It was not easy, but he climbed from ninth on the grid to win the final round and clinch the championship.

Alongside success at home, Nakajima was a member of Toyota’s sports car team for three world championship races during 2012. He crashed into the Nissan DeltaWing at Le Mans before finishing second at Silverstone and winning the Fuji Six Hours with Alex Wurz and Nicolas Lapierre.

Fourth in the 2013 Japanese Super Formula Championship (formerly F.Nippon) after an inconstant campaign, Nakajima also finished in that position at Le Mans – sharing a Toyota TS030 Hybrid with Alex Wurz and Nicolas Lapierre. That was one of four appearances in that year’s World Endurance Championship that included victory at Fuji once more.

For 2014, Nakajima continued his varied mix of series when successful in sports cars, Super Formula and national GTs. On the podium at four World Endurance Championship events he finished, he qualified on pole position but retired at Le Mans. He was crowned Super Formula champion for a second time by clinching a four-way battle for the title with victory in the wet Suzuka finale. Nakajima won back-to-back GT races to sustain the title challenge of co-driver James Rossiter until the last race.

Promoted to being a fulltime member of the Toyota team for the 2015 World Endurance Championship, he endured a frustrating campaign when sharing with defending champions Anthony Davidson and Sébastien Buemi – third at Silverstone their only podium finish. That included fracturing a vertebrae when he crashed during practice at Spa–Francorchamps and the Super Formula round he consequently missed contributed to Nakajima losing the title to Hiroaki Ishiura.

Heartbreak and success at Le Mans

Nakajima continued his duel programme of Super Formula and the WEC in 2016. Only sixth in the Super Formula standings after his first winless campaign at that level, he suffered the ultimate frustration at Le Mans. Nakajima, Davidson and Buemi appeared to have delivered Toyota’s first victory in the French classic when the closest Porsche pitted to replace a punctured tyre with just 10 minutes remaining. But Nakajima’s Toyota TS050 stopped on the pit straight with an engine problem just five minutes later, handing victory to the Porsche of the recovering Neel Jani. Visibly distressed, Nakajima managed to restart the engine but his final lap was too slow for the car to be officially classified in the results.

Toyota were the quickest cars in the 2017 WEC but somehow failed to win the title or at Le Mans once more. Continuing to shared the #7 Toyota TS050 Hybrid with Buemi and Davidson, they won five times but were beaten to the title by Porsche’s Timo Bernhard, Earl Bamber and Brendon Hartley.

Porsche withdrew at the end of the season to leave Toyota as the only hybrid LMP1 contender for the new 2018/19 season. Nakajima and Buemi had a new superstar co-driver in Fernando Alonso as the Spaniard attempted to add the Le Mans 24 Hours and WEC title to his illustrious c.v.. They won the opening round at Spa-Francorchamps before finally delivering Toyota’s first victory at Le Mans. Nakajima qualified on pole position for the race and was then given the honour of completing the final stint as Toyota finished in a dominant 1-2, the winning car a full 12 laps clear of the third-placed car. They won on the road only to be disqualified at Silverstone before winning at Sebring, Spa-Francorchamps and the Le Mans 24 Hours once more to clinch the 2018/19 World Endurance Championship drivers’ title.