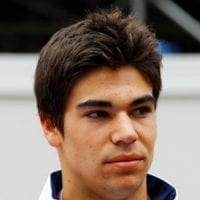 Being the son of a billionaire entrepreneur has its advantages and the teenage Lance Stroll made the most of his opportunities to win junior titles and secure a place on the Formula 1 starting grid in 2017. Two years with Williams proved a challenge although a podium finish and front row start during his rookie campaign provided rare highlights. His continued presence was assured when his father lead a consortium to acquire and rebrand Force India in August 2018.

Alongside his successful career in fashion and other sectors, Lawrence Stroll is a Ferrari enthusiast who raced Grand-Am GTs during the mid-2000s. He has also owned the Ste Jovite racing circuit since 2000 so the young Lance was born into a racing environment.

Based in Geneva during his childhood, Lance Stroll joined Ferrari’s junior driver scheme while still racing in karts. He graduated to cars in 2014 when racing for Prema Powerteam in the Italian Formula 4 Championship. Victory on his debut at Adria was the first of seven wins as he eased to the title.

He began 2015 by winning the Toyota Racing Series in New Zealand and remained with Prema for that year’s European Formula 3 Championship. He scored his maiden F3 win during Hockenheim’s final weekend of the season and the rookie was classified fifth overall.

Formula 3 Champion and F1 with Williams

Stroll then dominated the 2016 Furopean F3 Championship to deliver Prema’s sixth title in succession. He won 14 of the 30 races and clinched the series with a weekend to spare. In addition, Stroll gave up his place in Ferrari’s academy to become a Williams test driver in 2016 – working in the simulator and testing a two-year-old car in readiness for his promotion to the race team in 2017.

He struggled at the start of the season before scoring his first points when ninth in front of his home crowd. With so many delayed during the Azerbaijan GP, Stroll ran in an unlikely second position before being edged on the line by Valtteri Bottas’ Mercedes – third still an outstanding and morale boosting result. Stroll exploited changeable conditions at Monza to qualify fourth and the youngster was promoted to the front row when both Red Bulls took engine penalties. Seventh in the Italian GP, he was eighth in the next two races and sixth in Mexico.

His future in F1 was assured when his father was part of the Racing Point consortium that acquired Force India in the summer break. Stroll Jr moved to the Silverstone-based team in 2019 but it proved another fraught campaign. Overshadowed by team-mate Sergio Pérez and rarely able to avoid elimination in Q1, he did finish fourth in the chaotic German GP and qualify ninth in Italy. Stroll scored points on six occasions and was 15th in the final standings.

Stroll achieved his best season in F1 to date in 2020 as he achieved his maiden podium and pole positions. The Canadian might have had a chance of victory at Monza but for a poor getaway on the second race start following a red flag and having led the opening phase of the Turkish Grand Prix, faded in the second half of the race, eventually finishing ninth. Stroll remained with the team as it transformed into Aston Martin for the 2021 season, partnering Sebastian Vettel at the team.