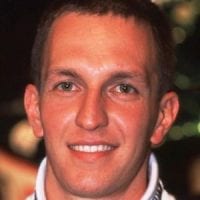 This Brazilian protégé of Jackie Stewart was a promising youngster whose brief Formula 1 career is best remembered for a couple of huge accidents. Luciano Burti started 15 Grands Prix during which time a pair of eighth place finishes were his best results.

Title contender during his early career

A race winner in his debut season, Burti came to the fore in 1999 when his PSR Dallara F399-Mugen won five times to challenge Marc Hynes in the championship. Disappointed to only finish as runner-up, Burti had impressed testing for the parent Stewart F1 team at the time and he was named as test driver for the newly re-badged Jaguar Racing in 2000.

Formula 1 with Jaguar and Prost

Team-leader Eddie Irvine fell ill in Austria and Burti was suddenly promoted for his GP debut which he finished in a steady 11th position. It was enough to earn a race drive with the team for 2001 but he was himself replaced by Pedro de la Rosa after just four disappointing races. Burti found refuge with Prost Grand Prix but was lucky to escape from spectacular crashes in Germany and Belgium.

His Prost AP04-Acer collided with Michael Schumacher’s Ferrari at the start of the German GP with Burti barrel-rolling into Turn 1. He then crashed head-on into the barriers after coming together with Irvine when entering Spa’s 190mph Blanchimont corner and his car was buried deep in the tyre barriers. Burti made a full recovery but did not race again that year on doctor’s advice.

Burti was a Ferrari test driver from 2002 to 2004 before returning to Brazil to race in the national stock car series. A winner in that championship, he also works as an F1 commentator for Brazilian television.