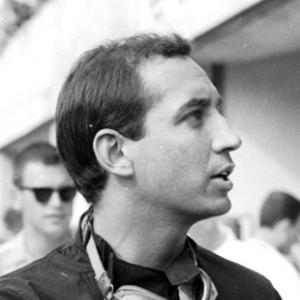 “Nicha” Cabral was Portugal’s first Formula 1 driver. He started in four Grands Prix from 1959 to 1964 and raced sporadically in various categories for four decades.

He finished 21st in the 1958 Nürburgring 1000Kms before making his GP debut at the following year’s Portuguese GP. His Scuderia Centro Sud Cooper T51-Maserati ran at the back that day to finish 10th. Contemporary reports drew mixed reviews – some said he politely let the leaders past while others blamed him for forcing second placed Jack Brabham to crash into a telegraph pole while being lapped.

With the 1960 Portuguese GP held on the streets of his home town, Cabral returned with same team and car. He started last and retired when his gearbox seized. The team also raced in selected Formula 2 events that year – Cabral finishing fourth against a weakened field at Montlhéry and sixth on the bumpy airfield at Zeltweg.

Fourth in a one-off appearance in the non-championship 1961 Pau GP, he spent the next year doing his national service as a paratrooper in Angola. He returned with Centro Sud in 1963 to retire from the German GP and withdraw before the start in Italy to allow a local driver to race. His final championship start was in the 1964 Italian GP when he retired the Alf Francis-run ATS 100.

Injury and return to racing

A planned F2 campaign in 1965 started late and was over almost before it had begun. He barrel-rolled on the back stretch after three laps of his debut at Rouen-les-Essarts and Cabral was seriously injured.

Fully recovered after three years of convalescence, Cabral was not finished with racing and he competed in sports cars from 1968. He finished second in Portugal’s Vila Real road race in 1971 but his one start at Le Mans a year later was tinged with tragedy. He retired the Ecurie Bonnier Lola T280 he shared with Jorge de Bagratión and Hughes de Fierlant some 11 hours before team patron Joakim Bonnier was fatally injured.

Cabral made a surprise F2 return at Estoril in 1973 by hiring a works March with which he finished eighth. He raced a March 75S-Cosworth with Brett Lunger in the 1975 Osterreichring 1000Kms and made a final international appearance 10 years later in Estoril’s European Touring Car Championship race.