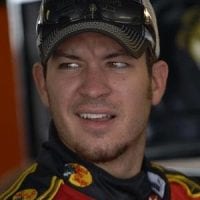 The son of a 1990s second-tier stock car racer of the same name, Martin Truex Jr made his debut with the family team in NASCAR’s Busch North Series in 2000. He won a race during that rookie season and graduated to the Busch (now Xfinity) Series in 2001.

He joined Dale Earnhardt Inc for his first full Busch Series schedule in 2004 and won back-to-back titles. Truex also made his debut at the highest level of stock car racing for the team in the 2004 Bass Pro Shops MBNA 500 at Atlanta. He started seven Cup races in 2005 and finished seventh in the Coca-Cola 600 at Charlotte.

Truex graduated full-time in 2006 and completed the season by finishing second at Homestead. 2007 was his breakthrough campaign with victory at Dover one of seven top-five results. He also qualified on pole position at Texas as he finished 11th in the standings.

However, rather than propel Truex into championship contention, he did not qualify for the Chase for the Cup and would not win again for six seasons. He was on pole for the 2009 Daytona 500 and at Atlanta before switching to Michael Waltrip Racing’s Toyota Camry for 2010. That included further pole positions at Dover in 2010 and 2011 and a second-place finish at Bristol that latter year.
His 2012 season included another pole position at Texas and a second-place finish next time out at Kansas. That helped him qualify for the Chase and he finished second once more at that oval in October. Truex equaled his previous best Cup season by finishing 11th overall once more.

Truex finally ended his 218 race winless run by beating road course specialist Jeff Gordon at Sears Point in 2013. He was second at Texas Motor Speedway in the spring and did not miss a race despite breaking his wrist at Bristol. However, Truex was central to controversy at Richmond when team-mate Clint Bowyer was accused of deliberately spinning to ensure Truex qualified for the Chase. NASCAR fined the team $300,000 and penalised the drivers so Truex lost his place in the Chase as a consequence.

Worse still, that scandal led to his sponsor withdrawing its support and Truex was left without a ride for 2014. Salvation came from the one car Furniture Row Racing who promptly signed Truex (and his entire pit crew) to replace the Stewart-Haas-bound Kurt Busch. On the front row for the 2014 Daytona 500, that proved a difficult campaign that was overshadowed by his partner Sherry Pollex’s battle against ovarian cancer.

Truex began 2015 with his Chevrolet SS finishing 14 of the first 15 races in the top 10 although a third career victory remained elusive until Pocono. Despite successive accidents at Sears Point and Daytona, the minnows qualified for the Chase and Truex made it into the “Championship Four” but could only finish 12th in that decider at Homestead. That meant that Truex finished in a career-best fourth in the final NASCAR standings.

Furniture Row switched to Toyota in 2016 and Truex responded with four victories and another title charge. His campaign began by losing the all-important Daytona 500 by 0.010 seconds in the closest finish to the race so far. Denied victory when the class-of-the-field at Texas, he qualified on pole for the Coca-Cola 600 at Charlottle before leading all-but eight laps on the way to an impressive victory. Another three successes followed, including the Southern 500 at Darlington, but Truex was eliminated from the Chase when his engine failed at Talladega.

Toyota was the only manufacturer to introduce a new car in 2017 and Truex eased to a dominant NASCAR title thanks to eight victories. The quickest and most consistent driver during the regular season, he continued that form in NASCAR’s new “stage” format play-offs and withstood Kyle Busch’s faster car in the closing stages at Homestead to seal a deserved first NASCAR Cup.

He won four times during the first half of his title defence in 2018. However, much of that season was played out with the future of Furniture Racing in doubt. Truex still qualified for “The Chase for the Cup” despite this distraction but finished second to Joey Logano in the deciding race at Homestead.

Furniture Row closed down at the end of the year so Truex joined Joe Gibbs Racing in 2019. He won seven times, more than any other driver, and entered “The Chase” as the dominant driver. Seemingly on his way to the title in the final race at Homestead, his crew fitted the front tyres the wrong way around and Truex lost a lap while the error was reversed. He charged back into second but lost the title to team-mate Kyle Busch by 4.6sec.

After a difficult start to 2020, Truex rebounded to win at Martinsville to make the playoffs. He also scored eight consecutive top four finishes in the lead up to the beginning of the Playoffs. A second-place finish at Richmond was good enough to see Truex into the Round of 12, and a fourth and sixth-place finish at Las Vegas and Charlotte Roval respectively took him into the Round of 8. He was in line to win at Texas until a last-lap pass by Cole Custer stole the win away. A disastrous race at Martinsville took him out of contention for the Final Four. Truex had fought with eventual winner Chase Elliott for the lead but went on to finish 22nd and was eliminated from the Playoffs.