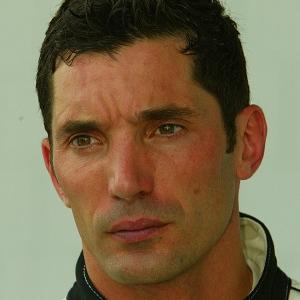 The son of a self-made man, Massimiliano Papis was unable to establish himself in Formula 1 but a subsequent move to America paid dividends. Now known as Max Papis, he was a race winner in Champ Cars and 2004 Grand-Am Champion with Scott Pruett and Chip Ganassi Racing. His ready sense of humour and sunny disposition quickly endeared this tall Italian to the American racing public.

Given a kart on his 11th birthday, he was determined to race for a living although he still completed his education. By the time he left Milan University with a degree in political science, Papis had made his Formula 3 debut. Four seasons in the Italian Championship from 1989 included three victories and sixth place in the 1992 standings.

He graduated to Formula 3000 in 1993 driving a Vortex Motorsport Reynard 93D-Cosworth and was fourth on his debut at Donington Park. Two further top-six finishes helped Papis to 10th in the standings despite a couple of crashes. Driving Mythos Racing’s Reynard 94D-Judd in 1994, Papis scored a brilliant victory at Barcelona although fourth at Enna-Pergusa and sixth at Magny-Cours were his only other scores.

As well as finishing fifth in the F3000 championship, Papis spent 1994 as test driver for the Lotus-Mugen F1 team. He signed with Footwork Arrows as its 1995 reserve driver and got his Grand Prix opportunity at Silverstone when replacing Gianni Morbidelli. He started seven races in the Footwork FA16-Hart (finishing seventh in Italy) before Morbidelli was restored to the team.

Papis then drove a Momo Corse Ferrari 333SP in the 1996 IMSA Championship. He was christened “Mad Max” after a barnstorming final stint on his debut in the Daytona 24 Hours during which he made up four laps on the leader. Although he had to settle for second that day, his drive prompted a phone call from Ferrari President Luca di Montezemolo. Papis and car owner Giampiero Moretti won three races but he was denied the title by Wayne Taylor at the final round.

Papis drove an Arciero-Wells Reynard 96I-Toyota for three of the last four Champ Car races of the year after Jeff Krosnoff had been killed in Toronto. He continued with the team for the next two seasons before being chosen to replace the retiring Bobby Rahal in 1999.

Reduced to tears after running out of fuel on the last lap while leading the US 500 at Michigan, he qualified on pole position at Chicagoland and scored back-to-back second place finishes at Surfers Paradise and Fontana to clinch fifth in the championship. 2000 opened in the best possible style with Papis’s Reynard 2KI-Ford winning the opening round at Homestead. The team switched to a Lola B01/00 for 2001 and Papis won twice more as he took sixth in the championship. However, that season also included crashes with team-mate Kenny Bräck at Michigan and Mid-Ohio that compromised the Swede’s title challenge.

Papis was not retained and he began 2002 by winning the Daytona 24 Hours with a Doran Lista Dallara LMP-Judd. He drove Sigma Autosport’s Lola B02/00-Ford in Champc Cars and finished third at both Long Beach and Milwaukee. However, he was without a ride once more when the team withdrew mid-season after Cosworth refused to supply engines due to unpaid invoices.

A partial season with PK Racing during 2003 drew a close to his Champ Car career. Papis joined Chip Ganassi’s Grand-Am team in 2004 and he immediately won the title with Scott Pruett and a Riley MkXI-Lexus. Married to Emerson Fittipaldi’s daughter Tatiana, Papis continued to compete in the occasional endurance and stock car race as late as 2018. He founded a steering wheel manufacturing company, Max Papis Innovations (MPI), with his wife in 2009 and has been a permanent steward for the IndyCar Series since 2016.