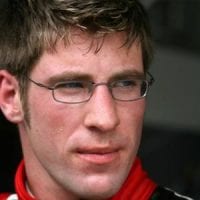 Michael Ammermüller stood on the cusp of a Formula 1 career after just two seasons in the sport but that final step proved elusive. Instead, he has forged a career as a championship winning driver in the one-make Porsche Supercup.

Successful in karting, he made his motor racing debut in Formula Renault during 2004 when third in the German series for Jenzer Motorsport. He ran in both European and Italian championships a year later – scoring nine wins and finishing as runner-up in both.

Backed by Red Bull, the German jumped straight into the 2006 GP2 Series with Arden International. He benefited from the reverse grid rules to win at Valencia on the opening weekend of the season and finished Imola’s feature race in second position. But he did not score as heavily again and slipped to 11th in the final standings.

Ammermüller was Red Bull Racing’s “Friday test driver” for the Chinese, Japanese and Brazilian Grands Prix that year and remained with the team as fulltime reserve in 2007. He also raced in GP2 with reigning champions ART Grand Prix but was replaced after failing to recover sufficiently from a broken wrist sustained at the opening round in Bahrain.

When Sebastian Vettel was promoted to F1 with Scuderia Toro Rosso, Ammermüller returned in Carlin Motorsport’s Formula Renault 3.5 team as his replacement – fifth and sixth at Donington Park the highlights. He also represented his country in A1GP the following winter but suffered three different accidents in race one in Malaysia and crashed again in the feature. He won from pole position at Zhuhai but it was not enough to reawaken F1 ambitions.

A future in GTs and Porsche Supercup

Ammermüller was third in the 2008 Formula Master Series before switching to national GTs and the Porsche Supercup. A winner during the 2011 German series, he was second in the following year’s Nürburgring 24 Hours for Mamerow Racing and Audi.

He made his Porsche Supercup debut in 2012 with the Lechner Racing Team and he remains with the team today. He was third overall for three seasons in a row from 2013, winning twice during that time. Now the most experienced driver in the field, Ammermüller won four times during 2017 to clinch the championship for the first time. He won the opening race in 2018 and he held off Nick Yelloly, Thomas Preining and Julien Andlauer despite not winning again. The German retained the title for the third successive season in 2019 thanks to victories in Monaco, Hungary and twice in Mexico.