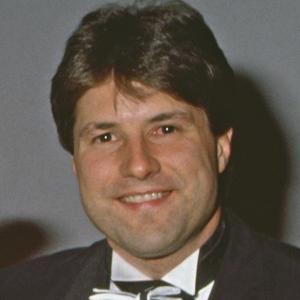 Michael Andretti won more Champ Car World Series races than any other driver in its history, was crowned champion in 1991 and is now a successful Indycar team owner. However, in Europe he is remembered for a single disappointing Formula 1 season.rnrnSon of a legend starts his own racing career rnrnTwo years after Mario Andretti clinched the 1978 World Championship, his son Michael had embarked on his own racing career. Initially, he competed in Formula Ford before winning the 1982 SCCA Super Vee Championship with a Ralt RT5. He stepped up to Formula Atlantic in 1983 and often qualified fastest. He clinched the title despite winning fewer races than the more experienced Roberto Moreno.rnrnThe youngster finished a strong third on his high profile debut at Le Mans in 1983 when sharing a Kremer Porsche 956 with his father and Philippe Alliot. Andretti also raced in Champ Cars for the first time that autumn when driving Kraco Racing’s March 83C-Cosworth in the final three races of the year.rnrnChamp Car success and Formula 1 with McLaren rnrnHe remained with that team for five years – establishing a reputation as a fine prospect. Co-Rookie of the Year in the 1984 Indianapolis 500, he finished as championship runner-up two years later when narrowly beaten by Bobby Rahal. That 1986 campaign included a 0.07s defeat to Mario on Father’s Day at Portland as well as breakthrough victories at Long Beach, Milwaukee and Phoenix.rnrnBeaten to the title again by Rahal in 1987, Andretti joined Newman-Haas Racing as his father’s team-mate for 1989. This was perhaps the zenith of the Champ Car series as second generation drivers Andretti and Al Unser Jr went head-to-head. Unser edged his childhood friend to the 1990 title and Michael was again runner-up in 1992. But 1991 was Andretti’s year – second in the Indianapolis 500 before finally winning the Champ Car World Series itself thanks to eight victories.rnrnHis sustained success attracted the attention of F1’s elite. Andretti tested for McLaren in 1991 and joined the race team for 1993. It was an opportunity to emulate his father’s world championship success and his performance was anticipated with excitement. Unfortunately, his debut in South Africa ended in the barriers after just four laps and it proved to be the first of too many incidents as his reputation took a battering. His decision not to live in Europe perhaps contributed to Andretti’s inability to settle in F1. It was not McLaren’s most competitive season but team-mate Ayrton Senna still won five times that year. Andretti’s best result of the year was third at Monza on what proved to be his last GP before being replaced by Mika Häkkinen.rnrnSuccessful return to Champ Cars rnrnAndretti returned to Champ Cars with Chip Ganassi’s ambitious team and immediately won the opening round of 1994 in Australia on Reynard’s first race in the category. A return to Newman-Haas followed a year later when Nigel Mansell was tempted by F1 again. Victory in the Indianapolis 500 remained elusive – continuing his father’s tradition of near misses at the Brickyard. Again runner-up in 1996, he moved to Team Green in 2001 and finished third at Indy before becoming co-owner of the operation.rnrnAndretti’s team has been a leading player of the Indy Racing League and Indycars since it abandoned Champ Cars in 2003. It has won the Indycar title with Tony Kanaan (2004), Dan Wheldon (2005), Dario Franchitti (2007) and Ryan Hunter-Reay (2012) – the British drivers also winning the Indianapolis 500 in their championship year.rnMichael came out of retirement to finish third in the 2006 Indy 500 as his son Marco only lost on the last lap.