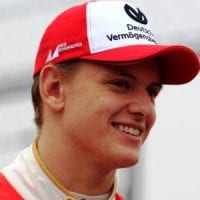 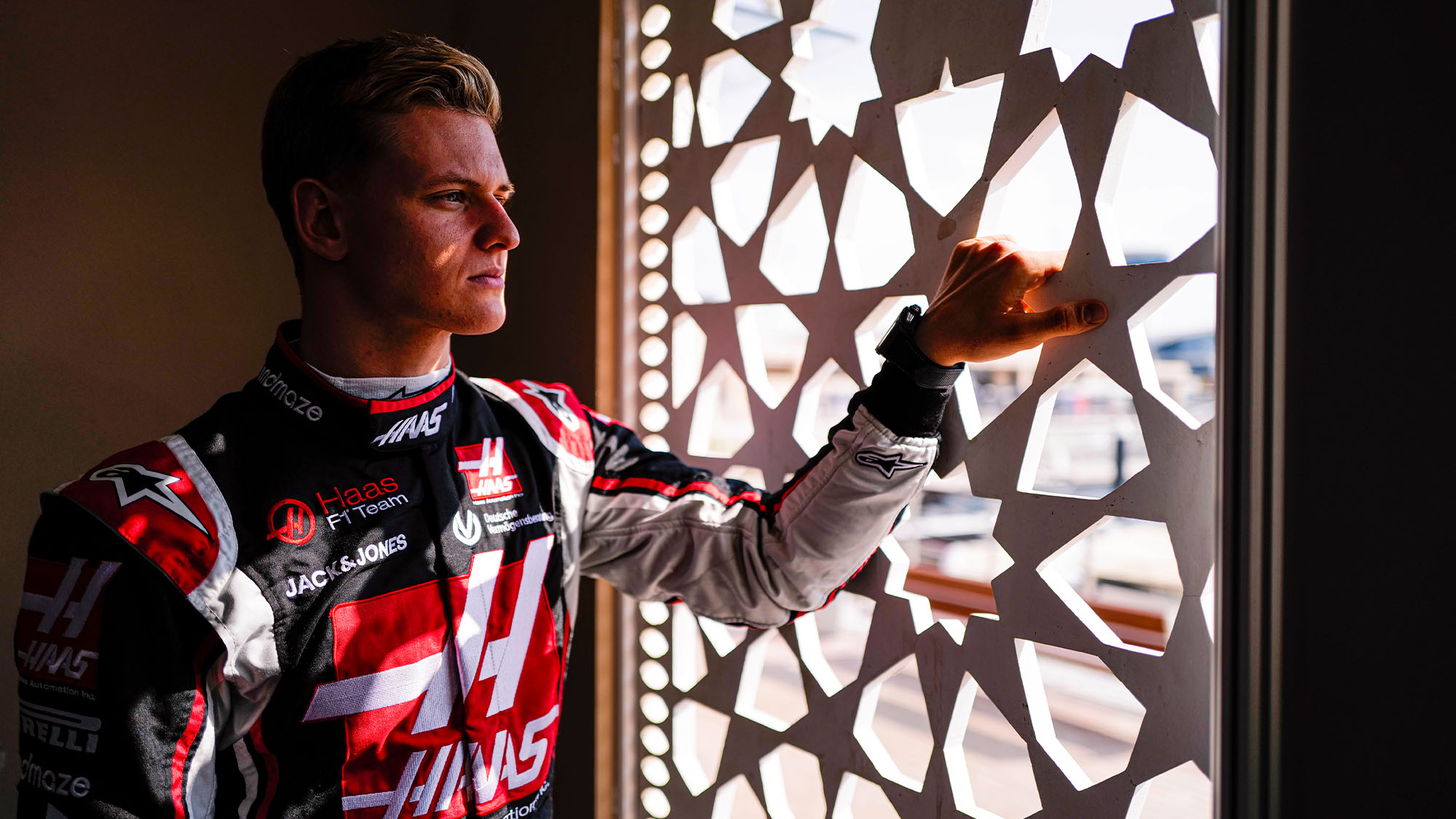 Schumacher stepped up to F1 with Haas for 2021 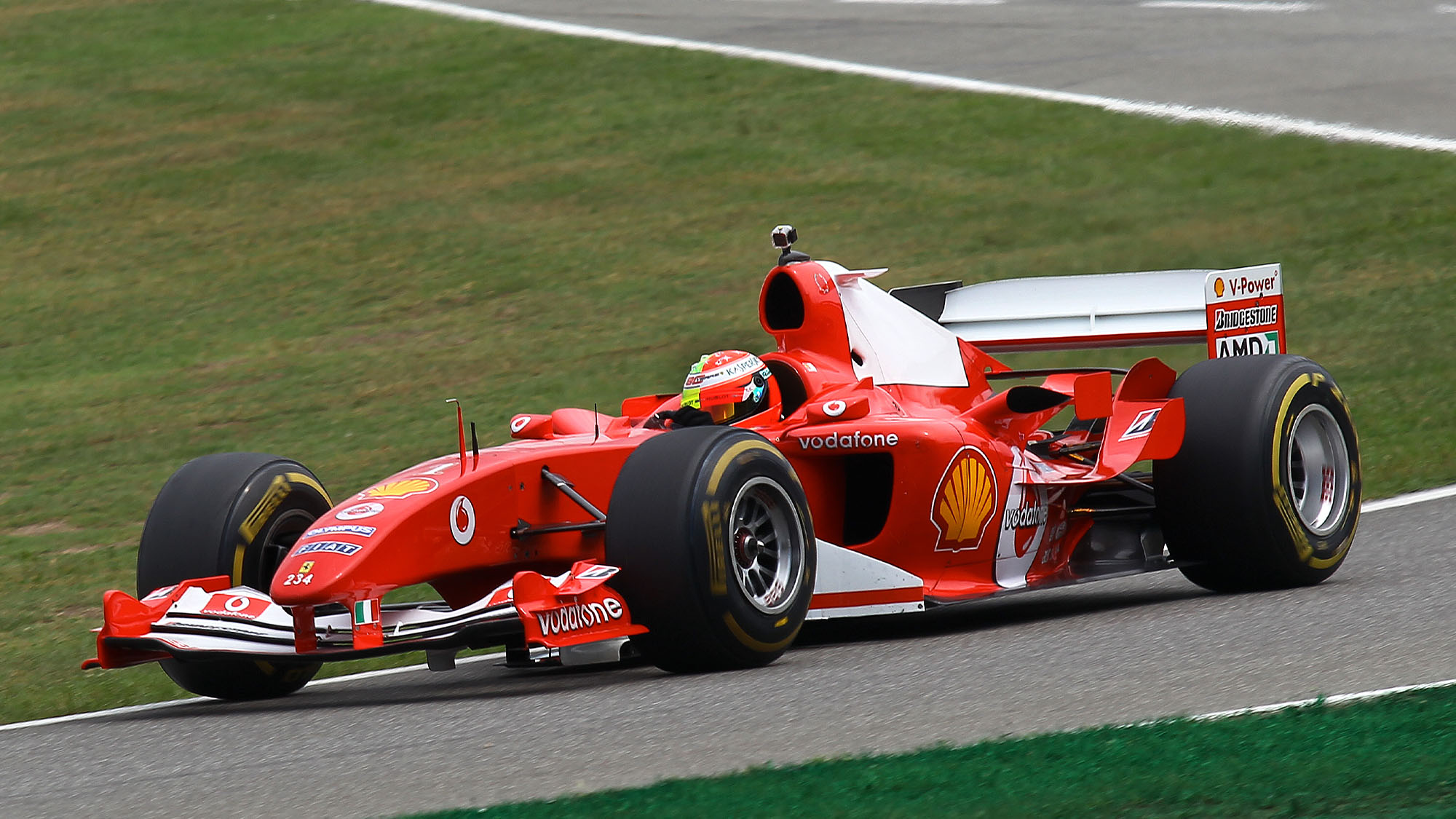 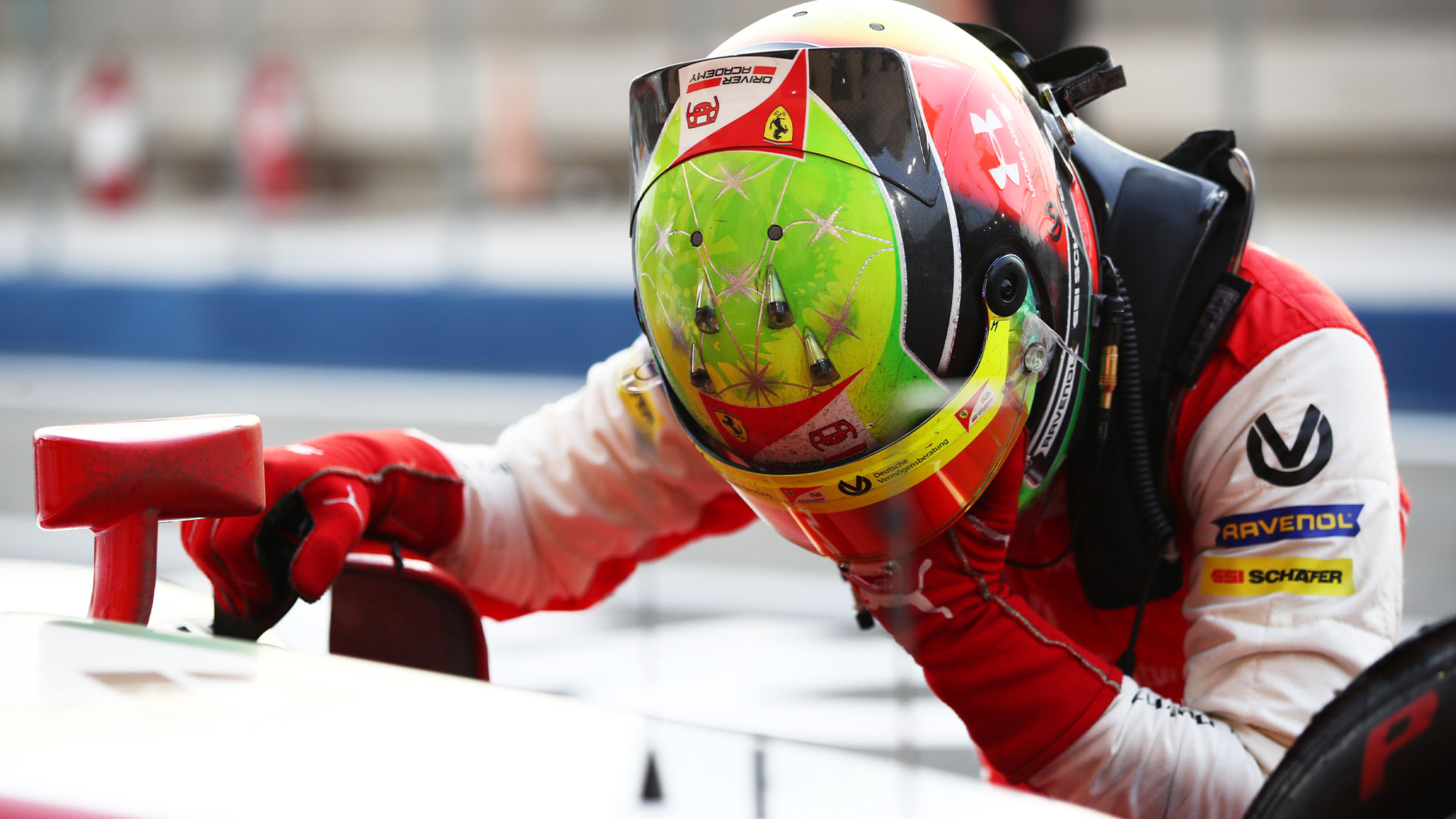 Schumacher after winning the 2020 F2 title 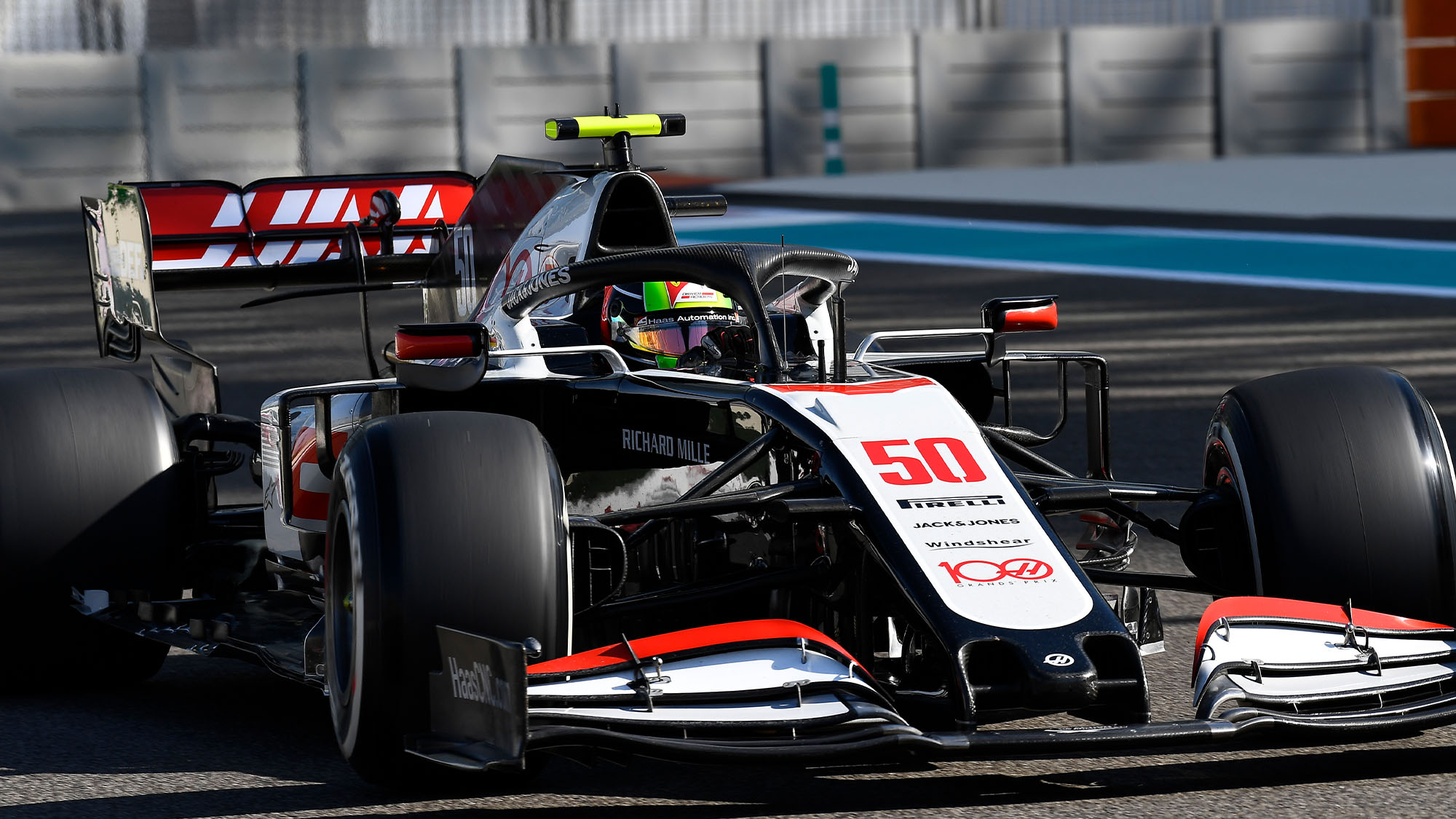 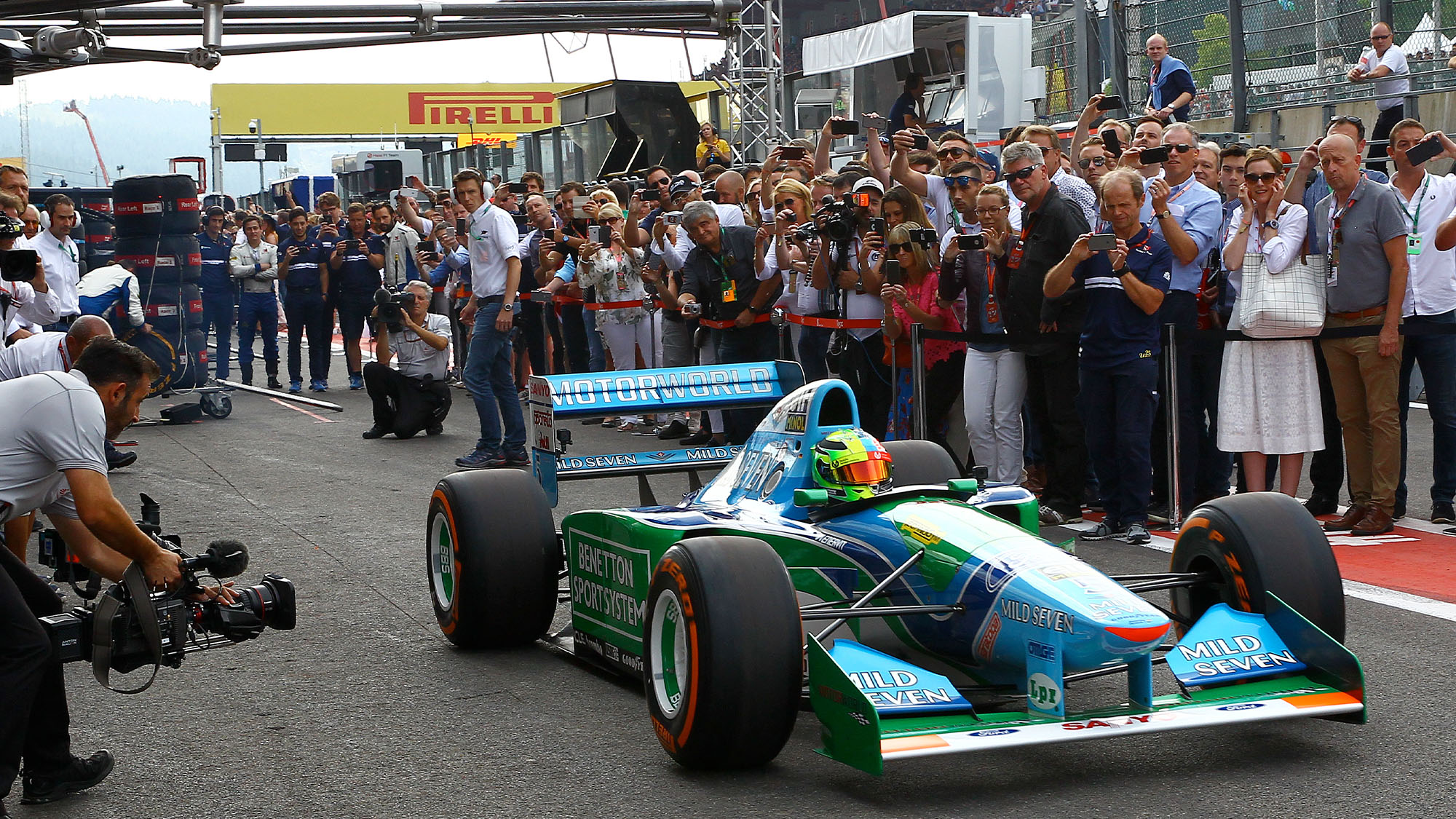 Mick Schumacher arrives in Formula 1 as the reigning F2 champion and with the weight of expectation that comes with being the son of seven-time world champion, Michael.

Schumacher started his racing career in karts and competed in Germany in 2011, taking his mother’s maiden name ‘Betsch’ as his surname.

With back-to-back 3rd place finishes in the Eurocup Winter series in ‘12 and ‘13 as well as the German Junior Kart Championship and CIK-FIA Super Cup KF juniors championships in 2013, he graduated to a larger European and World Championship stage.

In 2015, Schumacher started his first single-seater series in German F4 with Van Amersfoort Racing. He took one race victory and a further podium in his debut season before switching over to Prema Powerteam for 2016.rnrnHe finished as runner up in both the German and Italian F4 championships in 2016 before graduating to FIA Euro F3 in 2017. He endured a difficult maiden season in the series, finishing 12th in the standings but 2018 would be his breakout year.

After a slow start to the year, the Belgian race weekend halfway through the season proved to be a turning point for him, and he secured eight wins between Spa and the season finishing to rise from 10th in the standings to champion, overturning Dan Ticktum’s 67-point advantage.

For 2019, Mick moved up to the FIA F2 championship with Prema and was announced as a Ferrari Driver Academy member ahead of the season.rnrnHe suffered a similarly slow start reminiscent of his Euro F3 debut year though. A handful of points finishes were separated by mistakes and collisions, and the majority of his points were achieved in the sprint races.

At the Hungarian round, Schumacher finished the feature race in eight place, giving him reverse grid pole for the Sunday sprint. He converted the pole for his first F2 victory, his only one in the 2019 season. He finished the year 12th in the standings.

He remained with Prema for 2020 and once more enjoyed a second-season swing in form.

An up and down beginning to the season included back-to-back third-place finishes at the Hungarian GP and he continued on from there with consistent results and podium finishes, but it wasn’t until the Italian round at Monza where he’d secure his first F2 feature race win. His win was followed up with a sixth-consecutive podium finish courtesy of a brilliant start, something that was a key strength all season.

A second feature race win in Russia put the championship in his hands and despite Callum Ilott whittling down his championship lead, a P2 and P5 finish in the Bahrain and Sakhir races was enough for Schumacher to hold on and clinch the 2020 F2 title.

Schumacher had been linked with the Alfa Romeo seat for 2021 but he was announced as a Haas F1 driver for the 2021 season.