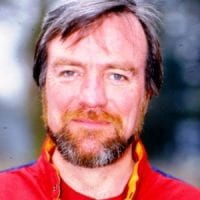 The son of a newspaper photographer, Mike Wilds raced a DRW in club events in 1965 but he broke his pelvis after rolling the car at Brands Hatch’s Paddock Hill Bend a year later. A fallow period followed on his return in 1967 and it was five years before his career regained momentum.

An employee of Firestone, he landed Dempster International as a long-time sponsor in 1972 and entered the British Formula 3 Championship with a year-old March that was later replaced by a new Ensign LNF3. He left Firestone and turned professional by the end of 1972 and remained in F3 for the following season. His March 733-Ford won twice during 1973, including beating Jacques Laffite at Mallory Park.

Third in the 1973 Lombard North Central British F3 Championship, he moved to the burgeoning European Formula 5000 series in 1974. He also entered the British Grand Prix but failed to qualify a Dempster March 731-Ford. Wilds continued not to make the race when he joined Ensign from the Austrian GP. That changed at Watkins Glen where he lined-up 22nd for the United States GP. Although unclassified and nine laps down at the finish, Mike Wilds was a Formula 1 driver.

His BRM P201 retired from the opening two GPs of 1975 before idiosyncratic team boss Louis Stanley canned the project. Wilds entered one further GP but again failed to qualify a P.R.Reilly Shadow DN3-Ford for the 1976 British GP at Brands Hatch.

He raced in the British F1 Championship in 1978 and 1979 – winning the Formula 2 class that first season with Graham Eden’s Ralt RT1-Ford. He then won the opening round of the 1983 season in a Colin Bennett Racing Williams FW07-Ford although the undersubscribed series was abandoned after that single event.

Wilds also raced in the World Sportscar Championship – including for the successful Ecurie Ecosse Group C2 team from 1984 to 1987. He convincingly led the class during the 1986 Le Mans 24 Hours before crashing in the night. His last of seven appearances in the race came two years later when 14th with a Nissan R88C.

A professional helicopter pilot and instructor, Wilds continued to appear in historic events although he broke a leg when he crashed an ex-Gilles Villeneuve Ferrari 312T3 at the 1994 Goodwood Festival of Speed.