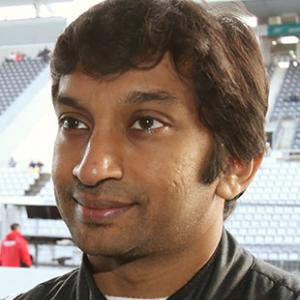 With a single season in British Formula Vauxhall, Karthikeyan graduated to that country’s Formula 3 series in 1998 when driving an Intersport Dallara F398-Opel. His true value only emerged when he switched to Carlin Motorsport mid-season – his Dallara F397/8-Mugen finishing third at Spa-Francorchamps and Silverstone.

He twice won at Brands Hatch during his 1999 campaign with the team before joining Paul Stewart Racing for the following season. That included victory in a French F3 Championship round at Spa-Francorchamps and he ended 2000 by dominating the Korean Superprix against a select field from around the globe.

After enduring a difficult season in Formula Nippon, Karthikeyan raced in the Spanish-based Nissan V6 series for three years from 2002 – winning twice for RC Motorsport during 2004. With healthy backing from the Tata Corporation, he was focused on Formula 1 at the time and he tested for Jaguar and Jordan during 2001 and for Minardi in 2004.

Karthikeyan joined Jordan Grand Prix for the 2005 World Championship as Tiago Monteiro’s team-mate. It was a last, uncompetitive F1 season for Eddie Jordan before he sold the team. The Indian qualified 11th for his penultimate GP in Japan but his only points finish was also something of a disappointment.

That year’s United States GP was an embarrassing six-car affair when all the Michelin-shod cars withdrew after the parade lap. The Jordan drivers eyed the final podium position behind the dominant Ferraris but it was a jubilant Monteiro who took the position – the fourth placed Karthikeyan beaten by 31.129 seconds by his team-mate.

He was Williams test driver in 2006 and then raced in the A1GP World Cup of Motorsport for the next two seasons. Seventh in the 2009 Le Mans 24 Hours with a Team Kolles Audi R10, he returned to F1 in 2011 for a partial campaign with the back-of-the-grid Hispania Racing Team. Karthikeyan remained with the team for an inevitably uncompetitive 2012 with its HRT F112-Cosworth.

Karthekeyan switched to the Auto GP World Series in 2013 and won five times once he switched from Zele Racing to Super Nova International. That helped team-mate Vittorio Ghirelli to secure the title at the final round and Karthikeyan was fourth in the final points.

He moved to Japanese Super Formula in 2014 with Team Impul but five years in that competitive championship were without victory. Third at Suzuka’s opening round of 2015 was his best result during a single season with Dandelion Racing. He switched to Team Le Mans for 2016 and repeated that result when the series visited TI Aida in the autumn. He drove Nakajima Racing’s Dallara SF14-Honda in 2017 and 2018 and finished fifth at Sugo that second season to score points for the only time in that period.