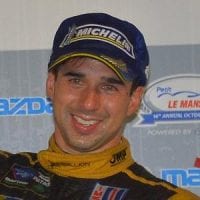 The son of an Indian father who had settled by the Swiss banks of Lake Constance, Neel Jani has established himself as one of modern sports car racing’s leading stars.

A relatively late convert to karting, he graduated to Formula Renault 2.0 in 2000 and finished as runner-up in the 2002 European Championship for Jenzer Motorsport. Jani remained with the team for the following year’s European Renault V6 Championship and immediately proved quick. A double victory at the final meeting closed Jani to within four points of the champion José Maria López when runner-up once more.

Jani tested for the Sauber F1 team that season and the next, and a move to DAMS for the 2004 Renault V6 series was rewarded by a string of pole positions and another four victories, although he was only fourth in the points.

Jani tested for Red Bull Racing during the winter of 2004/05 and raced in the new GP2 Series in 2005 for Racing Engineering. Pole position and victory in the Hungaroring feature race was one of two wins as he came seventh in the final standings.

He spent the winters representing Switzerland in the new A1GP World Cup of Motorsport and won the 2007/08 title for his country and twice finished as runner-up. That provided steady off-season employment and by the time the series closed down in 2009, Jani had won more races (10) than anyone else.

Scuderia Toro Rosso’s reserve driver for the 2006 F1 season while continuing in GP2, he switched to Champ Cars a year later and finished second at Toronto and San José for PKV Racing.

Future outings in Superleague Formula apart, Jani increasingly raced in sports cars with Rebellion Racing. He made his debut in the Le Mans 24 Hours in 2009 and was second in the following year’s LMS race at Portimão with a Lola B10/60-Rebellion and Nicolas Prost.

They continued with Rebellion in 2011 and the Toyota-powered car finished sixth overall at Le Mans with Jeroen Bleekemolen added to the line-up. He also qualified on pole position for a couple of LMS races that year but the season was marred by mechanical failures.

Jani and Prost were joined by F1 refugee Nick Heidfeld for the first three rounds of the 2012 World Endurance Championship. Fourth in the Le Mans 24 Hours as Audi finished 1-2-3-5, the Jani/Prost/Andrea Belicchi Lola B12/60-Toyota then won the Petit Le Mans at Road Atlanta to deliver Rebellion’s first outright race win. He undertook partial seasons in WEC and the ALMS during 2013 and repeated that victory in Petit Le Mans.

Those performances attracted the attention of Porsche as it returned to LMP1 sports cars in 2014. Paired with Romain Dumas and Marc Lieb in the number 14 Porsche 919 Hybrid, they qualified on pole position on three occasions and won the final round at Interlagos. They were Porsche’s leading contenders that year when third in the standings.

They were second in the opening two races of the 2015 WEC season before Jani qualified on pole position at Le Mans. They set the pace early in the race before finishing in a delayed fifth overall as the team scored a famous 1-2 victory. Three more second-place finishes followed before they won the season finale in Bahrain to clinch third in the title race once more.

The 2016 season began with victory inherited at Silverstone when the winning Audi failed scrutineering. Second at Spa-Francorchamps despite problems with the hybrid unit, Jani was then behind the wheel of the second-placed car at Le Mans when the leading Toyota of Kazuki Nakajima expired within sight of the chequered flag. Jani continued on for one more lap to snatch a dramatic victory. Jani, Dumas and Lieb finished in the top six for the rest of the season to be crowned world champions at the final round in Bahrain.

Jani was partnered with André Lotterer and Nick Tandy for his title defence in 2017. They retired in the 21st hour at Le Mans but finished top four elsewhere, although victory proved elusive. The fourth best pairing in the championship, Jani and Lotterer moved to Rebellion Racing for the 2018/19 World Endurance Championship “super season” when Porsche announced its withdrawal. They were fifth overall after scoring six top four finishes including second at Silverstone (following Toyota’s disqualification) and third at Fuji.

Jani made his Formula E debut in the 2017 Hong Kong ePrix but split with Dragon Racing after a terrible weekend during which he finished a lapped 18th in both races. He returned to the series when Porsche made its debut at the start of the 2019/20 season.