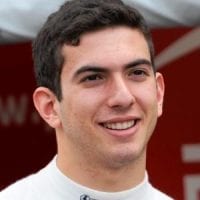 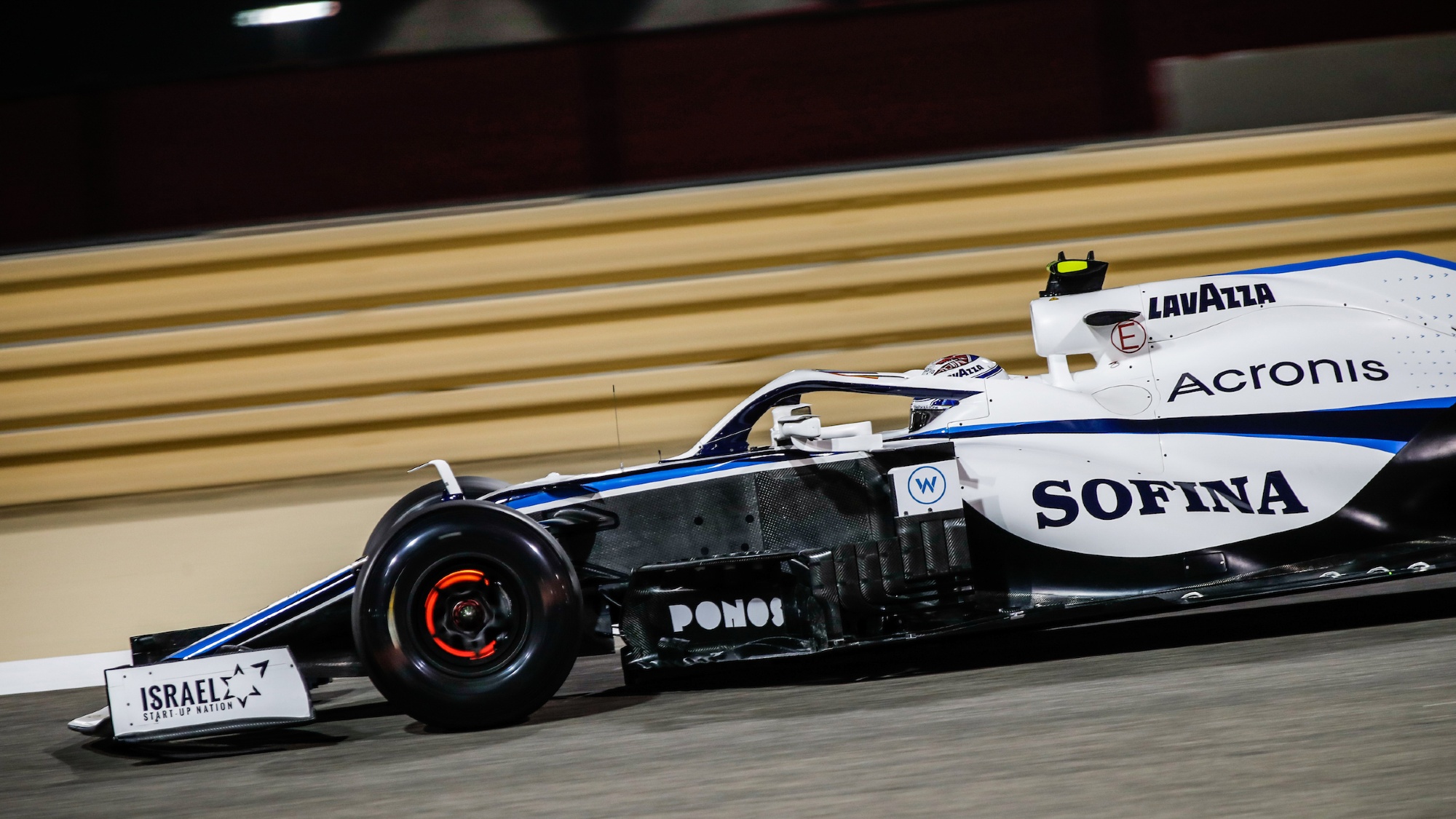 Latifi during the Bahrain GP in 2020

A relative late convert to motor racing, Canadian Nicholas Latifi graduated through Europe’s junior categories until he finished as Formula 2 runner-up in 2019 to secure his graduation to Grand Prix racing.

He is the son of Iranian-Canadian entrepreneur Michael Latifi who is Chairman and CEO of Markham-based Sofina Foods. Furthermore, Michael Latifi’s investment company Nidala BVI paid £203m to acquire a 10 per cent stake in the McLaren Group in July 2018.

Nicholas Latifi was already a teenager when he first raced karts in 2009. He made his car racing debut when sharing Rehagen Racing’s Ford Mustang GT in the Continental Tire Sports Car Challenge race that supported the 2012 Daytona 24 Hours. The balance of that season was spent competing in the Italian Formula 3 Championship, at first driving a Dallara F308-FPT for reigning champions BVM. He switched to JD Motorsport’s Mygale M-10 for the third weekend in Mugello and showed improved form towards the end of the season – scoring four podium finishes that included victory in the third race at Vallelunga.

Formula 3 with Carlin and Prema

Having travelled to New Zealand to race in the Toyota Racing Series at the start of 2013, Latifi joined Carlin for that year’s European and British F3 championships. Overshadowed by team-mates that included Formula 1-bound Daniil Kvyat, Latifi scored a couple of fifth-place finishes in European rounds and was fifth overall in Great Britain.

He switched to Prema PowerTeam for the 2014 European F3 Championship. The opening weekend at Silverstone included qualifying and finishing second behind team-mate Esteban Ocon in race two. While the Frenchman eventually beat Max Verstappen to the title, Latifi did not finish on the podium again. Tenth in the European F3 standings, Latifi also raced in Formula Renault 3.5 and GP2 during 2014. He joined Tech 1 Racing for the last three weekends of that year’s FR3.5 campaign and finished second at Jerez. Inconspicuous on his GP2 debut with Hilmer Motorsport in Abu Dhabi, he finished fifth in the Macau GP when reunited with his Prema Dallara F314-Mercedes-Benz.

Latifi remained in the FR3.5 World Series in 2015 with Arden International. He scored eight top 10 finishes and led the early laps of the opening race at Spa-Francorchamps. A possible podium in race one at the Hungaroring was lost when he punctured a tyre following contact with Matthieu Vaxivière. Four race weekends as part of MP Motorsport’s GP2 line-up failed to yield a top 10 finish.

Formula 1 with Renault, GP2 with DAMS

Despite little outright success so far, Latifi was named as Renault’s test driver for 2016 – driving an old Lotus E20-Renault at Silverstone in May. He joined DAMS for the 2016 GP2 season and spent four seasons with the French team as he eventually developed into a race winner. Again Latifi began the year with his best result of the season – second in Barcelona’s feature race – but he slumped to a disappointing 16th in the final standings.

The GP2 Series was rebranded as FIA Formula 2 in 2017 and Latifi showed a welcome upturn in form. Having lost Barcelona’s sprint race by running wide with four laps to go and second at the Red Bull Ring, he then started Silverstone’s reverse-grid sprint race from pole position and led throughout to atone for Barcelona and score his breakthrough victory. Second in Hungary (feature race) and at Jerez (sprint), Latifi finished the 2017 F2 season in an much improved fifth overall.

He also tested a contemporary F1 car for the first time when he completed 54 laps in a Renault RS17 during the Hungaroring rookie tests on 1 August 2017.

Latifi continued with DAMS in 2018 as well as being named as Force India’s F1 reserve driver. He again converted a sprint race pole position into a lights-to-flag victory, this time at Spa-Francorchamps, and finished second in the feature event at Sochi. Those were the highlights of an inconsistent campaign as he struggled with the new Dallara F2 2018-Mecachrome and dropped to ninth in the standings. A disappointing F2 season ended in Abu Dhabi with Latifi fortunate to emerge without injury after he stalled at the start and was hit by Arjun Maini. Latifi also took on Friday test duties at five GPs as he planned his F1 graduation.

With ambition undimmed, Latifi signed as Williams test and reserve driver in 2019 and drove the recalcitrant FW42 on Friday at six GPs. As important, he began his fourth full GP2/F2 campaign in fine form. He won a race during each of the opening three weekends to establish a commanding early points lead. A fourth victory followed in the feature race at the Hungaroring but he could not match ART Grand Prix’s Nyck de Vries as the season progressed. The Dutchman took the points lead in France and gradually pulled clear of runner-up Latifi.

Williams announced Latifi as George Russell’s team-mate for the 2020 F1 World Championship on 28 November 2019. The Canadian earned three 11th place finishes across the season as his best results in an uncompetitive car. He was retained for the 2021 season alongside Russell.