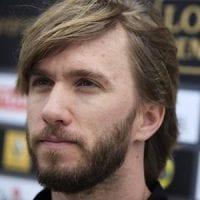 The young Nick Heidfeld was groomed as a future Formula 1 driver by McLaren-Mercedes. However, he never raced for the Woking-based concern or fully realised that early potential during a long career as a Grand Prix driver.

His progress through the training formulae was almost without flaw. Two successful seasons in German Formula Ford culminated in finishing as runner-up in 1995. He graduated to Formula 3 a year later with Opel Team BSR and a Dallara F395. Third in the Zandvoort Masters and in the German F3 Championship, Heidfeld remained with Bertram Schäfer’s crack team to win the Monaco F3 race and narrowly beat Timo Scheider to the 1997 title.

He joined the McLaren-run West Competition team for his Formula 3000 debut in 1998 and ran pre-season favourite Juan Pablo Montoya close. Monaco was among his three victories as he took the title battle to the final round before having to be content with being runner-up. He won four of the first six 1999 races and secured a dominant F3000 title with two rounds to spare.

Heidfeld also drove a McLaren-Mercedes at the Goodwood Festival of Speed and won the Sunday Shootout for three year-in-a-row from 1997-99. His winning time from 1999 (41.6sec) stood as the fastest time up the famous hill for 20 years until Romain Dumas (Volkswagen ID.R) recorded 39.9sec during practice for the 2019 event.

Formula 1 with Prost and Sauber

Much in demand, Heidfeld tested for both the McLaren and Prost F1 teams during 1999. He graduated to GP racing in 2000 with the French outfit but it was a disastrous season as the team floundered. Heidfeld’s confidence took a battering before he moved to Sauber-Petronas for 2001 as team-mate for precocious youngster Kimi Räikkönen. An excellent campaign included third position in the wet Brazilian GP as Heidfeld shared seventh in the championship.

Despite out-qualifying and out-scoring Räikkönen, it was the Finn who was chosen by McLaren for 2002. Heidfeld continued with Sauber but suffered a huge accident in Austria when he T-boned Takuma Satō’s Jordan.

A move to the underfunded Jordan Grand Prix for 2004 proved little better but Heidfeld found refuge for the following season with Williams-BMW after a testing “shoot-out” with Antônio Pizzonia. Third in Malaysia at the start of 2005, the German scored successive second place finishes in Monaco and at the Nürburgring – the latter from a maiden pole position. He crashed in testing before the Italian GP and was forced to miss the rest of the season but his F1 reputation had been restored somewhat.

He remained with BMW when the company bought Sauber that close season but he continued to be a frustrated “nearly man”. His four years with the BMW Sauber F1 Team yielded another eight podium finishes but no victory. He compared favourably with team-mate Jacques Villeneuve in 2006 and finished fifth in the 2007 World Championship with a succession of points finishes that included second in Canada. But when BMW Sauber finally won its first race – the 2008 Canadian GP – it was team-mate Robert Kubica who led a 1-2 for the team.

BMW withdrew from F1 at the end of 2009 and Heidfeld was left without a drive so he joined the newly rebranded Mercedes GP as reserve driver for 2010. He also tested for Pirelli as it prepared to return to F1 and drove a Sauber C29-Ferrari in the last five GPs after replacing Pedro de la Rosa.
When Kubica was injured in a rally accident on the eve of the 2011 season, Heidfeld was chosen by Renault as his replacement. Again he finished third in Malaysia but that proved the highlight of an increasingly disappointing campaign and he was eventually replaced by Bruno Senna for the Belgian GP.

He switched to the 2012 World Endurance Championship, joining regulars Nicolas Prost and Neel Jani for the first three rounds in Rebellion Racing’s Lola B12/60-Toyota. That included finishing in a fine fourth behind the dominant Audis in the Le Mans 24 Hours. Rebellion also raced in the American Le Mans Series in 2013 and the car he shared with Prost and Jani won the Petit Le Mans at Road Atlanta to finish as runners-up despite a curtailed programme.

Fourth again in the 2014 Le Mans 24 Hours, he has also been a regular in the FIA Formula E Championship for electric single-seaters. He was eliminated from the inaugural Beijing race in a spectacular accident with Prost at the final corner. Third in Moscow was his best result during that 2014/15 season with Venturi. He moved to Mahindra Racing for season two and began by finishing third in Beijing. A hand injury in Putrajaya interrupted his campaign but he normally finished in the top 10 on his return with fourth in Long Beach his best result.

Tenth in the 2015/16 standings, Heidfeld continued to mix Formula E with Mahindra with endurance racing for Rebellion in 2016 and 2017. Fourth in the opening two rounds of the 2016 WEC season, he lost that drive when Rebellion slimmed down to a single car in the autumn. He returned to the Swiss team for three races in the 2017 WeatherTech IMSA Championship and started the Sebring 12 Hours from pole position.

Heidfeld scored another five podium finishes during the 2016/17 Formula E season as he claimed seventh in the standings. Now 40-years-old, Heidfeld began 2017/18 by qualifying and finishing third in Hong Kong but slipped to 11th overall after an inconsistent year in the shadow of Mahindra team-mate Felix Rosenqvist. Without a victory during his Formula E career, Heidfeld lost his seat for 2018/19 but remained with Mahindra as reserve driver for the next two seasons.

This quiet and personable German made consistency a watchword but he lacked the killer instinct or luck to turn his 13 GP podium finishes into a victory. It was a similar story in Formula E although he would have won the very first race but for Prost’s ambitious lunge.