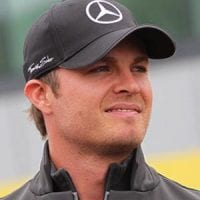 Good looking, articulate and fluent in five languages – Nico Rosberg had it all except for the respect of the Formula 1 fraternity it seemed. When he more than matched team-mate Michael Schumacher, the seven-time champion was written off as past his prime.

When Rosberg went wheel-to-wheel with the super-fast Lewis Hamilton during 2014 and 2015 in identical machinery, one could only admire a previously under-appreciated talent. And the following season finally delivered the World Championship and immediate retirement from the sport – a lifetime’s ambitions satisfied.

A famous father, karting career and early success in cars

The son of a Finnish father (1982 World Champion Keke Rosberg) and a German mother – the younger Rosberg was raised in Monaco. He began karting seriously when 10 years old and was Hamilton’s CRG Parilla team-mate at the start of the new millennium. A full 14 years before their friendship would be tested in front of the F1 media glare, Hamilton also beat Rosberg to the 2000 Formula A European Championship.

Rosberg graduated to the 2002 German Formula BMW Championship with VIVA Racing. He won nine times to score a dominant championship victory in his first season in cars. Having a famous father had its advantages but if he owns a Formula 3 team then so much the better! Nico drove a Team Rosberg Dallara F303-Opel in the 2003 F3 Euroseries and finished on the podium during the season’s first two weekends. The highlight came on the Le Mans Bugatti circuit where he won for the first time. Another couple of podium finishes helped claim eighth overall as the second-best rookie after Christian Klien.

A Williams F1 test followed that winter as part of his F.BMW prize, and further days were added as the team assessed the potential of a new Rosberg. Nico remained with his father’s team for his second F3 Euroseries season which began with a double victory at Hockenheim to suggest a challenge for the 2004 title. However, he only won once more (at the Nürburgring) as incidents and accidents hampered that campaign. Fourth overall was something of a disappointment given such a start to the season.

Rosberg joined ART Grand Prix as he graduated to the new GP2 Series in 2005. Heikki Kovalainen was the initial pacesetter before Rosberg won the reverse grid Magny-Cours sprint race. The German then converted pole position for the next two feature events into maximum points as he mounted a late challenge. A double victory at the Bahrain finale (when the first man to do so) snatched the inaugural GP2 title from Kovalainen.

Formula 1 – following in his father’s footsteps with Williams

He had tested for Williams throughout 2005 and Rosberg signed as Mark Webber’s team-mate for the 2006 season. Despite being delayed by an unscheduled pitstop, he set the race’s fastest lap and finished in a points-paying seventh position on his debut in Bahrain. Third on the grid for round two in Malaysia reinforced that early promise and he came from last on the grid to finish seventh at the Nürburgring. However, he did not score again after too many “rookie” mistakes.

Williams switched to Toyota engines in 2007 and Rosberg showed increased maturity during his sophomore campaign. He generally outshone the experience Alex Wurz – especially in qualifying – and scored points on seven occasions (including a career-best fourth at Interlagos) as he finished ninth in the final standings.

Rosberg’s third season with Williams included moments of rich promise that ultimately prompted thoughts of what might have been. Third in the 2008 Australian GP and second in Singapore delivered his first podium finishes although it was an inconsistent campaign. However, that performance under the Singaporean lights should have been rewarded with victory. Rosberg pitted as the safety car was deployed following Nelson Piquet jr’s crash – prompting a drive through penalty for Rosberg and handing victory to Piquet’s team-mate Fernando Alonso. It emerged a year later that Piquet had crashed to order; making a victory that had got away all the more galling for Rosberg.

A fourth and final season with Williams proved to be Rosberg’s finest so far. The Williams FW31-Toyota was one of three new cars to be designed with a “double-diffuser” at the start of 2009. He regularly scored points – including fourth place finishes in Germany and Hungary – and was seventh in the championship. However, team and driver had now drifted apart and Rosberg sort pastures new.

Surprise 2009 World Champions Brawn Grand Prix were acquired by Mercedes-Benz that winter and the re-launched “Silver Arrows” opted for an all-new line-up for the 2010 World Championship. Rosberg was joined by none-other than the returning Michael Schumacher and he more-than matched his illustrious colleague. Rosberg won the qualifying head-to-head 15-4 and scored successive third place finishes in Malaysia (having qualified on the front row) and China at the start of the season. He matched that result at Silverstone and was well placed in Korea before being unable to avoid Mark Webber’s crashed Red Bull.

Now something of an enigma, Rosberg finished the 2011 season in seventh position for a third successive year. He remained a prodigious qualifier and led at both Shanghai and Spa-Francorchamps. But the Mercedes W02 wore its rear tyres at an alarming rate and Rosberg could finish no higher than fifth all season.

Victory at last and challenging for the title

Rosberg’s 2012 campaign was a strangely inconsistent season although it included his breakthrough victory after 111 unsuccessful attempts. The new Mercedes was perfectly suited to Shanghai and Rosberg converted a first F1 pole position into his maiden Grand Prix victory with ease. He was second at Monaco before the team lost its way with Rosberg finishing amongst the top five just once more.

Schumacher retired from F1 for the second time at the end of the season and was replaced by Lewis Hamilton at Mercedes. It is to Rosberg’s immense credit that he responded to being paired with F1’s fastest driver with such aplomb. With a rivalry dating back to childhood, they pushed each other all season. Unhappy by team orders in Malaysia, Rosberg responded with victories in Monaco (from pole position) and Silverstone to finish sixth overall and gain new respect in the F1 paddock.

The new turbocharged Mercedes W05 was by far the quickest car of 2014 and the team-mates fought an at times tetchy duel for the World Championship. Rosberg won the Australian, Monaco, Austrian and German GPs and seemed to take control after they touched at Spa-Francorchamps. However, retirements in Britain and Singapore and a string of Hamilton victories saw the momentum swing back to the Englishman who only confirmed a deserved title when Rosberg suffered a technical problem at the final round. While the championship was lost, Rosberg won the qualifying battle and with it the FIA’s new Pole Position Trophy – no mean feat when compared to a driver of Hamilton’s renowned outright pace.

The Mercedes team continued to set the pace in 2015 and Rosberg won the Spanish, Monaco and Austrian GPs before the summer break. However, it was Hamilton who dominated qualifying during that crucial phase of the season as the Englishman established a commanding lead in the points. With the title lost and confirmed as runner-up once more, Rosberg enjoyed a fine end to 2015 – qualifying on pole position for the last six races and winning the final three Grands Prix to suggest a renewed title challenge in 2016.

Rosberg continued that form at the start of 2016 by winning the opening four races to give him an early 43-point lead over Hamilton. High speed contact at the start of the Spanish GP and on final lap in Austria resurfaced old wounds as Hamilton re-established himself in the championship lead by winning six mid-season races in seven.

However, victory in Singapore gave Rosberg the points lead once more and Hamilton’s Malaysian engine failure left him the master of his own championship destiny. Rosberg did everything required of him for the rest of the season to clinch the title by finishing second in the tense Abu Dhabi finale – World Champion by five points, 34 years after Keke’s moment of glory. With his ultimate ambition satisfied, the elated Rosberg announced his immediate retirement from the sport at the FIA Gala Dinner just five days later.

Following his F1 retirement, Rosberg used his notoriety in motor sport to push for further electrification of real world and racing cars. He has since invested in multiple tech and electric companies as well as Formula E and regularly attends showcases and events pushing sustainability and eco-friendly future living.

Rosberg has also started his own Extreme E team that is competing in the series’ inaugural season. Rosberg X Racing is an evolution of the Team Rosberg outfit headed up by his father Keke. World RallyCross champion Johan Kristoffersson and 2016 Australian Rally Champion Molly Taylor form his driver line-up.