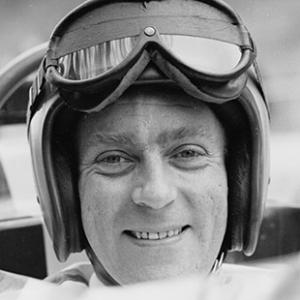 Until 2007 and the arrival of Lewis Hamilton, Peter Arundell was the only man in championship history to have finished on the podium in his first two Grands Prix. His arrival was every bit as impressive as the 2008 World Champion but circumstance contrived to thwart Arundell’s ambitions.

With national service completed, Arundell started to race an MG TC in 1957. But it was his Boxing Day Formula Junior performance two years later that caught Colin Chapman’s eye – winning at Brands Hatch in an Elva 100. Arundell joined Team Lotus for 1960 as team-mate to Jim Clark and Trevor Taylor in FJ. He responded by beating his highly rated colleagues on occasion that year and won the prestigious Monaco support race in successive seasons.

Dominant British FJ Champion in 1962 and 1963, he finished second at Solitude and Enna-Pergusa in his limited Formula 1 opportunities that latter season. Patience was rewarded for Arundell signed as Clark’s full-time team-mate in 1964.

He could hardly have hoped for a better start with top-three finishes in the Goodwood, Syracuse, Aintree and Silverstone “pre-season” races. It was a perfect prelude to his championship debut in Monaco which – benefiting from the attrition of others – Arundell finished third some three laps behind Graham Hill’s winning BRM. Sixth on the grid again in Holland, he was third once more in a rare British 1-2-3-4.

Further points at the French GP temporarily placed Arundell third in the World Championship. He also raced in Formula 2 and was amongst the leading group with six laps to go at Reims. Arundell spun and was collected by Richie Ginther – the American emerged unscathed but Arundell was severely injured.

It was 18 months before he raced again and in truth Arundell was never as competitive again. 1966 was a difficult year as Lotus developed the BRM H16-powered type 43 but F1 does not take prisoners and Arundell was no longer seen as a future prospect. While Clark scored the 43’s only victory at Watkins Glen, Arundell’s old Lotus 33-Climax came home in sixth despite a spin.

It was the penultimate of his 11 GP starts – hardly the tally expected when he arrived just three seasons earlier. Replaced by Graham Hill for 1967, Arundell raced in touring cars and lesser single-seater categories before retiring in 1969. He later ran a software company in North America before returning to England where he died in 2009 after an extended period of ill-health.