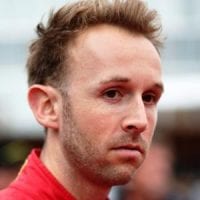 The versatile René Rast recovered from a difficult baptism in the sport to become a multiple champion in the Porsche Supercup and DTM.

Early single-seater career and switch to one make series

He raced in Formula BMW in 2003 and 2004 but “I never had a good budget, a good team or a good result” he later recalled. Already disillusioned with single-seaters, Rast switched to the Volkswagen Polo Cup in 2005 and won the championship at the first attempt. Runner-up in the following year’s German SEAT Léon Cup, he started his career driving Porsches in 2007.

Two seasons in the German Carrera Cup culminated in another title in 2008, by which time Rast was already making his way in the Formula 1-supporting Supercup. Fifth in the 2008 Supercup with the Veltins MRS squad, he was runner-up in 2009 behind the experienced Jeroen Bleekemolen.

Rast defected to Walter Lechner Racing for the 2010 Porsche Supercup as Bleekemolen’s team-mate and it proved an outstanding success. The 23-year-old won four times that year to beat Konrad Motorsport’s Nick Tandy to the title.

He remained with the team and successfully defended his title for the next two seasons. He also won the German Carrera Cup for a second time in 2012 and took victory on his debut in the Spa 24 Hours – sharing the winning Phoenix Audi R8 LMS with Frank Stippler and Andrea Piccini.

He switched to WRT’s Audi in 2013 – winning twice in the German series and finishing the Silverstone Blancpain Endurance race in second position. He won the Spa 24 Hours again in 2014 having finished fourth in LMP2 on his debut at Le Mans. Winner of Zandvoort’s Blancpain Sprint round, Rast and Kelvin van der Linde were crowned 2014 ADAC GT Champion thanks to three victories in Abt Racing’s Audi R8 LMS ultra.

Rast was part of Audi Sport Team Joest’s line-up for the World Endurance Championship races at Spa-Francorchamps and Le Mans in 2015. Sharing an Audi R18 e-tron Quattro with Felipe Albuquerque and Marco Bonanomi, they were fourth overall in Belgium and seventh in the French classic.rnrnThe German drove G-Drive Racing’s LMP2 ORECA 05-Nissan throughout the 2016 World Endurance Championship. Second in class at Le Mans when less than a lap behind the class winning Signatech entry, he scored a couple of third-place finishes and completed a successful season by winning LMP2 in Bahrain.

He also made is DTM debut during 2016 when driving an Audi RS5 at Zandvoort and Hockenheim – coming sixth in race one of that season finale. He joined Audi Sport Team Rosberg for 2017 and challenged established Audi aces Mattias Ekström and Jamie Green in the standings DTM series. He converted a pole positions in Hungary and Russia into maiden victories and won the Austrian round to enter the final weekend with a mathematical chance of stealing the title. Rast then finished sixth and second at Hockenheim to snatch the title in his first full season in the touring car series.

Rast continued to be Audi’s leading light in 2018. Out of luck at the start of the year, he took his title fight with Mercedes duo Paul di Resta and Gary Paffett alive to the end thanks to a great second-half to the season. Winner of race two at Zandvoort, Rast won the last six races to come within four points of snatching the title from Paffett. He then dominated the 2019 season – winning seven times to be crowned DTM champion for the second time in three years.