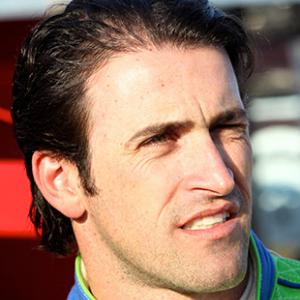 Although this Brazilian’s early career was littered with championship success and achievement, his time as a Grand Prix driver did not fulfil on that promise.

Title winner on the way to Formula 1

A title-winning kart racer, Ricardo Zonta made his car-racing debut in Brazilian Formula Chevrolet during 1993. He graduated to Sud-Am Formula 3 a year later and won the 1995 title with Cesário Fórmula’s Dallara F394-Mugen.

With that success, Zonta took the well-trodden path to Europe by jumping straight into Formula 3000. Two victories for Draco Engineering and fourth in the championship proved it was a wise move. He switched to Super Nova Racing for 1997 and narrowly beat Juan Pablo Montoya to the F3000 title. Championship success continued in FIA GTs during 1998 – sharing the winning AMG Mercedes-Benz CLK-GTR with veteran Klaus Ludwig.

This run of unbroken success naturally attracted the attention of Formula 1 teams and Zonta tested for Jordan and McLaren before joining ambitious newcomers British American Racing for 1999. With Jacques Villeneuve as team leader and a lavish budget from BAT, the hype soon turned to disappointment. Zonta was injured while practising at Interlagos and when he returned in Canada, the sparkle of his formative years seemed to have gone.

He suffered huge shunts during qualifying for the 1999 Belgian GP and while testing at Silverstone a year later. Zonta was released by BAR at the end of that disappointing 2000 campaign during which three sixth place finishes provided his only F1 points. 2001 testing duties with Jordan included a couple of races while Heinz-Harald Frentzen recovered from injury, but by the end of the year he was looking to rebuild his reputation away from F1.

He was the star attraction in the new for 2002 World Series by Nissan and Zonta emerged as champion for Gabord Competición to re-establish his single-seater credentials. He worked as Toyota’s F1 reserve and test driver from 2003 to 2006 – stepping into the race team in 2004 in place of the disappointing Cristiano da Matta. His final GP should have been the 2005 United States GP when he deputised for the injured Ralf Schumacher but all Michelin-shod teams withdrew after the parade lap on safety grounds.

Zonta then raced in sports cars and finished third in the 2008 Le Mans 24 Hours for Peugeot. He scored a couple of 2009 victories in America’s Grand-Am endurance series driving a Krohn Racing Lola-Ford. That race-winning success continued in the new GT1 World Championship a year later, Zonta sharing the winning Reiter Engineering Lamborghini Murciélago at Spa-Francorchamps and Navarra with Frank Kechele.

He transferred to Nissan for 2011 but left the Sumo Power-run squad after just three races when a sponsor demanded he prioritised appearances in the Brazilian V8 Stock Car series in which he continues to compete as an owner/driver. He also raced in his home country’s GT3 championship – winning the Endurance title in 2018 with Lico Kaesemodel and a Porsche 991 Cup.