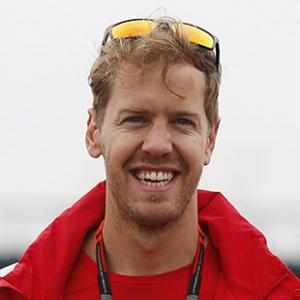 When Sebastian Vettel was crowned 2013 World Champion he became only the third man in Formula 1 history to win the title four years in a row. That he followed Juan Manuel Fangio and Michael Schumacher in that feat and was still only 26 years old confirmed a remarkable young talent. Eclipsed by new team-mate Daniel Ricciardo in 2014, Vettel moved to Ferrari but five years with the Scuderia have thus far failed to deliver a fifth title to his c.v. His dream move turned into a nightmare though, and despite coming close in 2018, couldn’t capture another title with Ferrari and moved to Aston Martin for the 2021 season.

Norbert Vettel had competed in hillclimbs and karting as an amateur and his oldest son followed him into that latter discipline as a seven year old. Already spotted by Red Bull, he won the European KF3 title and junior Monaco Kart Cup in 2001 before graduating to cars.

Still studying at school, he joined ASL-Mücke Motorsport for the 2005 Formula 3 Euroseries and scored six podium finishes in a field that included eventual champion Lewis Hamilton and Adrian Sutil. He was an impressive fifth overall, tested a Williams FW27-BMW at Jerez that autumn (a belated part of his F.BMW prize) and switched to ASM’s Dallara F305-Mercedes to finish third at Macau.

Vettel remained with ASM for the 2006 F3 Euroseries and battled team-mate Paul di Resta for the title. The Scot just edged his rival in the final championship standings (winning five races to four) but Vettel was already announcing himself in F1 by then. He was the Friday test driver for BMW Sauber F1 Team from the Turkish GP where he topped the time sheets in Free Practice 2.

The 2007 season began racing for Carlin Motorsport in Formula Renault 3.5 and as BMW Sauber’s reserve driver. He won at the Nürburgring to lead the FR3.5 standings before quitting to graduate to F1. Robert Kubica was injured in Canada and Vettel replaced him for the United States GP. Seventh on the grid, his mature drive to eighth at the finish delivered a championship point on his debut. With such evident promise, Vettel switched to Scuderia Toro Rosso when Scott Speed was ditched after the European GP. Vettel was running third in the Japanese rain when he crashed into Mark Webber behind the safety car – the youngster unable to hold back his tears of frustration. That was followed by a fourth place finish a week later in China as he showed his wet weather prowess once more.

Vettel stayed with Toro Rosso for 2008 and finished fifth in the wet at Monaco. He had developed into a regular points scorer by the end of the season and finished eighth overall in the World Championship. The undoubted highlight was his pole position-to-chequered flag performance at Monza – again the master in the wet and now F1’s youngest winner so far.

That form earned Vettel promotion to the sister Red Bull Racing team for 2009. The Brawn BGP001 began the year as the class of the field thanks to its “double diffuser” but design guru Adrian Newey soon developed the Renault-powered RB5 into a race winner. Vettel broke Jenson Button’s run of success by winning in China and was more-than a match for the Englishman by mid-season. Further victories at Silverstone, Suzuka (both from pole position) and Abu Dhabi saw the German finish as championship runner-up after reliability issues eventually blunted his challenge.

Vettel and the Red Bull RB6-Renault were the quickest combination in 2010 as illustrated by his ten pole positions. However, further mechanical issues, his petulant clash with team-mate Mark Webber in Turkey and collision with Button’s McLaren at Spa-Francorchamps put a first title in doubt until the final round. One of four drivers with a chance of becoming World Champion at that Abu Dhabi decider, Vettel scored his fifth victory of the season to snatch the title from Fernando Alonso – again the youngest driver to do so.

That he would retain the World Championship rarely looked in doubt during 2011. He was one of the only drivers to visit new tyre supply Pirelli during the close season – testament to his dedication to his art. Vettel then qualified on the front row on all-but-one occasion (when he was third on the grid) and his 15 pole positions established another new F1 record. Those were converted into 11 victories as he eased to the title with four rounds to spare.

The start of the 2012 campaign saw the first seven grands prix won by seven different drivers with Vettel successful in Bahrain. Only fourth in the championship after the Italian GP, he promptly won the next four races to overhaul Alonso ahead of the final round in Brazil. All seemed lost when he crashed into Bruno Senna’s Williams on the opening lap and his car was only narrowly avoided by several oncoming backmarkers. With Newey studying the damage on photographs, Vettel limped home in sixth position to beat Alonso – only second that day – to the title.

Vettel showed his ruthlessness (a trait displayed by most of the greats) by ignoring team orders to let Webber win the 2013 Malaysian GP in the “Multi-21” controversy. That was at the start of another double championship winning season for both driver and team. Further victories followed in Bahrain, Canada and Germany before he scored a record-equalling nine GP wins in a row – Vettel and the RB9 were simply unstoppable. Victory in India, complete with celebratory donuts, was enough to retain the championship with three races still to go.

Having enjoyed the best car/engine package for the previous four years, Vettel struggled to adapt to new turbocharged regulations in 2014. The Red Bull RB10-Renault was no match for the all-conquering Mercedes team and when opportunities did arise, it was new team-mate Daniel Ricciardo who was on hand to benefit. Outperformed by the young Australian and without a victory for the first full season of his F1 career, second in Singapore was the best of Vettel’s four podium finishes.

Rather than stay and try to reassert himself at Red Bull, Vettel shocked his team and F1 in general by announcing that he was joining Ferrari in 2015. Visibly enjoying the experience of leading the sport’s most famous team, Vettel returned to winning ways and was Mercedes’ closest challenger all season. Victories in Malaysia, Hungary and Singapore were among 13 podium finishes as he claimed third in the final standings.

However, rather than challenge for the 2016 title, neither Ferrari nor Vettel could match Mercedes in what was another winless campaign. Likely victories in Australia and Canada were lost to strategy errors and Vettel grew ever-more inconsistent and tetchy as Ferrari was usurped by Red Bull Racing as the best of the rest. Worse still, Kimi Räikkönen eventually established himself within the team, especially in qualifying. Vettel scored seven podium finishes – including coming second in Shanghai, Montréal and Baku – as he claimed a distant and disappointing fourth overall.

Challenging Lewis Hamilton for the title

Much was achieved during the winter and Ferrari began 2017 with the fastest race car in F1. Vettel finished first or second in the opening six races of the season – winning in Australia, Bahrain and Monaco – to establish a clear points lead. Delayed by a change of nose after contact with Max Verstappen in Canada, he lost the chance of victory in Azerbaijan when penalised for deliberately driving into title rival Hamilton. A late puncture at Silverstone restricted Vettel to seventh before he nursed his damaged car to victory in Hungary. But successive Hamilton wins then saw the Englishman take the points lead in Italy before Vettel’s disastrous Singapore GP confirmed the momentum change. On pole position with his rival only fifth on the grid, Vettel crashed into team-mate Räikkönen and the Red Bull of Max Verstappen at the start. Technical failures in Malaysia and Japan all-but ended his fading challenge and victory in Brazil was scant consolation as Vettel finished as championship runner-up.

Vettel traded the points lead with Hamilton for much of the 2018 World Championship, as both attempted to win the title for the fifth time. But while his rival exuded relentless consistency, Vettel made too many mistakes to sustain his challenge. He won five times but crashed out of the lead while pushing hard in the wet German GP. Ferrari also made some strategic errors and Vettel finished as runner-up for a second successive season.

Räikkönen was replaced by the inexperienced but exciting Charles Leclerc for 2019 and it an erratic season for the Scuderia thanks to too many errors on the pitwall and in the cockpit. Vettel used a superior pitstop strategy to win in Singapore and finished fifth in the championship, but he threw away a succession of strong race results and was overshadowed by Leclerc. A possible win was lost in Bahrain (where Leclerc dominated before a mechanical issue) by a spin while dicing with Hamilton. Having qualified on pole in Canada, Vettel buckled under Hamilton’s pressure and ran wide and forced his rival to take avoiding action as he regained the track. Vettel won on the road but was demoted to second due to the resulting controversial penalty. Off-the-pace at the next two races, Vettel crashed into the back of Verstappen’s Red Bull at Silverstone. The Italian GP was ruined by his unforced spin and another penalty for hitting Lance Stroll’s Racing Point as he re-joined. And the relationship between the Ferrari team-mates further soured when Vettel refused to respect pre-arranged tactics for the start and yield in Russia. With speculation about his long-term future in the media, Vettel then drove into Leclerc in Brazil as his disappointing campaign fizzled out.

Before the delayed 2020 season could even begin, Vettel was ousted from Ferrari for 2021 and replaced by Carlos Sainz, leaving the four-time champion looking for a drive. An offer from Racing Point ahead of the team’s transformation into Aston Martin was an offer too good to refuse, and the German will line-up alongside Lance Stroll in ’21.

The 2020 season was not Vettel’s finest in any sense, with much of the season spent fighting for the lower points-paying positions. The Turkish Grand Prix was the highpoint of his season, showing his experience in difficult conditions to come hold of Lewis Hamilton in the early stages and avoid the mistakes of others. A final-lap pass on team-mate Charles Leclerc gave him his first podium since Mexico 2019. He finished the season 13th in the championship on 33 points.