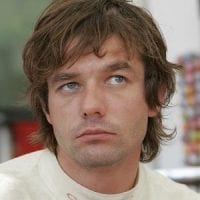 Sébastien Loeb can lay claim to being the greatest driver in the history of the World Rally Championship. His form for Citroën since winning his first title in 2004 was one of utter domination. That was the first of nine successive titles and Loeb has won more WRC events than anyone else – 78 by the time he reduced his schedule in 2013. He made a part-time return to the WRC in 2018 and won Rally Catalunya to further extend that record tally. He also almost won the Le Mans 24 Hours and has been a world touring car team owner in recent years.

His competitive instincts were evident as soon as he was old enough to ride a moped – racing his classmates near his home in Alsace. Trained as an electrician, he was also competing in local races and rallies by 1995 – twice taking part in the Rallye Jeunes at Paul Ricard.

The French motorsport industry began to recognise Loeb’s talent and he was named as 1997’s most promising driver by Echappement magazine. That was also the year that he formed a partnership with long-term co-driver Daniel Elena.

With support from the FFSA, Loeb made his WRC debut on the 1999 Catalunya Rally driving a Citroën Saxo Kit Car. He was a member of the works team within two years and scored his breakthrough victory on the 2002 Rally Deutschland. He eclipsed Carlos Sainz’s previous record of 26 WRC victories on the 2006 Rally Japan and continued to dominate until 2012.

Second in the Le Mans 24 Hours

Aside from his rallying career, Loeb turned his attention to France’s greatest race in 2005 – the Le Mans 24 Hours. Always adept on tarmac rallies, it is no surprise that he was not out-of-place in circuit racing. He shared a Pescarolo C60H-Judd with Soheil Ayari and Eric Hélary in the race and, despite limited track time due to the clashing Turkish Rally (which he won), Loeb impressed as he learnt the Circuit de la Sarthe. Ayari qualified the car in second position but they suffered a troubled race and eventually crashed out in the 20th hour.

Loeb returned for the 2006 Le Mans 24 Hours with Hélary and Franck Montagny completing another all-French driving squad. Audi dominated the race although, when some of the German cars were delayed in the pits, the slower but reliable Pescarolo snatched a fine second position.

He tested for the Red Bull F1 team at Barcelona in November 2008 but rumours that he would race for the sister Scuderia Toro Rosso concern at the 2009 Abu Dhabi GP did not materialise.

Loeb reduced his WRC schedule from 2013 as he entered the World Touring Car Championship as team owner and driver – winning two of the four rallies he contested that year. He scored six WTCC race wins during 2014 and 2015 and was classified third overall on both occasions before again moving onto pastures new. Loeb joined Peugeot in 2016 to compete on the Dakar Rally and in the World Rallycross Championship. He finished ninth on the former and won the Latvian WRX round in October. Loeb was awarded the Légion d’Honneur in 2009.

Second on the 2017 Dakar Rally, Loeb rejoined Citroën for three rounds of the 2018 World Rally Championship. Fifth in Mexico and frustrated in his home event, Loeb stunned the regulars in Catalunya by beating Ford Sébastien Ogier and Elfyn Evans to record his 79th WRC victory.

In 2020, Loeb was announced as the male driver for Lewis Hamilton’s X44 Extreme E team. The series is set for its first season in 2021.