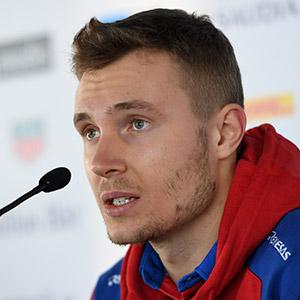 The son of a Russian businessman, Sergey Sirotkin was linked to Formula 1 for much of his young racing career but once he graduated with Williams Martini Racing in 2018, his time among the elite lasted just one season.

The Russian began karting in 2008 and graduated to cars as soon as he had turned 15 years old. He entered the last three double-headers of the 2010 Formula Abarth season with Jenzer Motorsport. A regular points scorer and 18th overall despite his late arrival, he remained with the team at the start of the 2011 season. He won at Valencia and was leading the European F.Abarth Championship when he switched to Euronova Racing after just two race weekends. Another four victories followed as he secured the European title with a round to spare although he lost the Italian crown to Patric Niederhauser in the final race at Monza.

Sirotkin graduated to the Auto GP World Series with Euronova in 2012 and dominated Race One at Valencia having made the correct tyre choice. A regular on the podium, he won the final race at Sears Point to finish third in the standings. In addition, the teenager drove Euronova’s Dallara F308-FPT in that year’s Italian Formula 3 Championship – winning twice and finishing fifth overall.

Formula Renault 3.5 and F1 with Sauber

Having made his Formula Renault 3.5 debut as a one-off at Moscow Raceway in 2012, Sitotkin switched to the series on a fulltime basis a year later. He scored podium finishes at Motorland Aragon (second) and the Hungaroring (third) but that was not enough to warrant his unexpected inclusion in Sauber’s Formula 1 plans. The Swiss team’s immediate future was safeguarded by backing from three Russian companies (including the National Institute of Aviation Technologies that was run by Sirotkin’s father) and the youngster was announced as a race driver for 2014.

In the event, Sirotkin drove a Sauber C33-Ferrari in free practice for the 2014 Russian Grand Prix but instead raced in F.Renault 3.5 with Fortec Motorsports. He won his home race at Moscow Raceway from first pole position but mid-season reliability issues restricted him to fifth overall.

The Sauber opportunity did not materialise after another management restructure and Sirotkin spent 2015 with Rapax in the GP2 Series. He recovered from a slow start to the campaign and developed into a consistent top 10 finisher. He qualified on pole position on his first visit to Silverstone and passed Richie Stanaway after a safety car to score his breakthrough victory in that feature race. That was one of five podium finishes as he took third in the standings behind Stoffel Vandoorne and Alexander Rossi.

He matched that championship position during his sophomore GP2 campaign with ART Grand Prix in 2016. Three pole positions and victories at the Hungaroring and Hockenheim’s feature event were the highlights. That latter success was despite being forced to make an extra pitstop due to his first tyre change being deemed illegal. Second in the following day’s sprint was his fourth podium in succession that gave the Russian a brief championship lead.

Formula 1 with Renault and Williams

Sirotkin was Renault’s reserve driver for 2016 and 2017 and he was the team’s Friday test driver at six GPs during that time. He made his Le Mans debut as part of an all-Russian LMP2 line-up in 2017 and ended the year by testing a Williams FW40-Mercedes at Yas Marina. That was effectively an audition for the 2018 race drive and Sirotkin was announced as Lance Stroll’s team-mate in January having been preferred to the returning Robert Kubica. Unfortunately that opportunity came with Williams in decline one more. The inexperienced driver line-up struggled to develop the disappointing Williams FW41-Mercedes and the team ended the year last in the constructors’ standings. Sirotkin finished tenth in Italy to score his only point of the year but Williams did not retain the Russian for 2019.

Sirotkin joined SMP Racing’s World Endurance Championship line-up at the start of 2019. He shared the LMP1 BRE BR1-AER with Stéphane Sarrazin and Egor Orudzhev at Sebring, Spa-Francorchamps and Le Mans and qualified in the top four on each occasion. They finished fourth in Belgium but the team withdrew after the French 24-hour classic.

A reserve driver for both Renault and McLaren during 2019, he was placed on stand-by for a shock race return at the 2019 Abu Dhabi GP when regular Williams driver George Russell fell ill. However, the Englishman recovered sufficiently to deny Sirotkin that surprise opportunity.