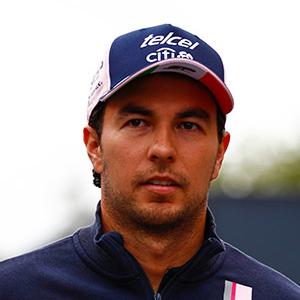 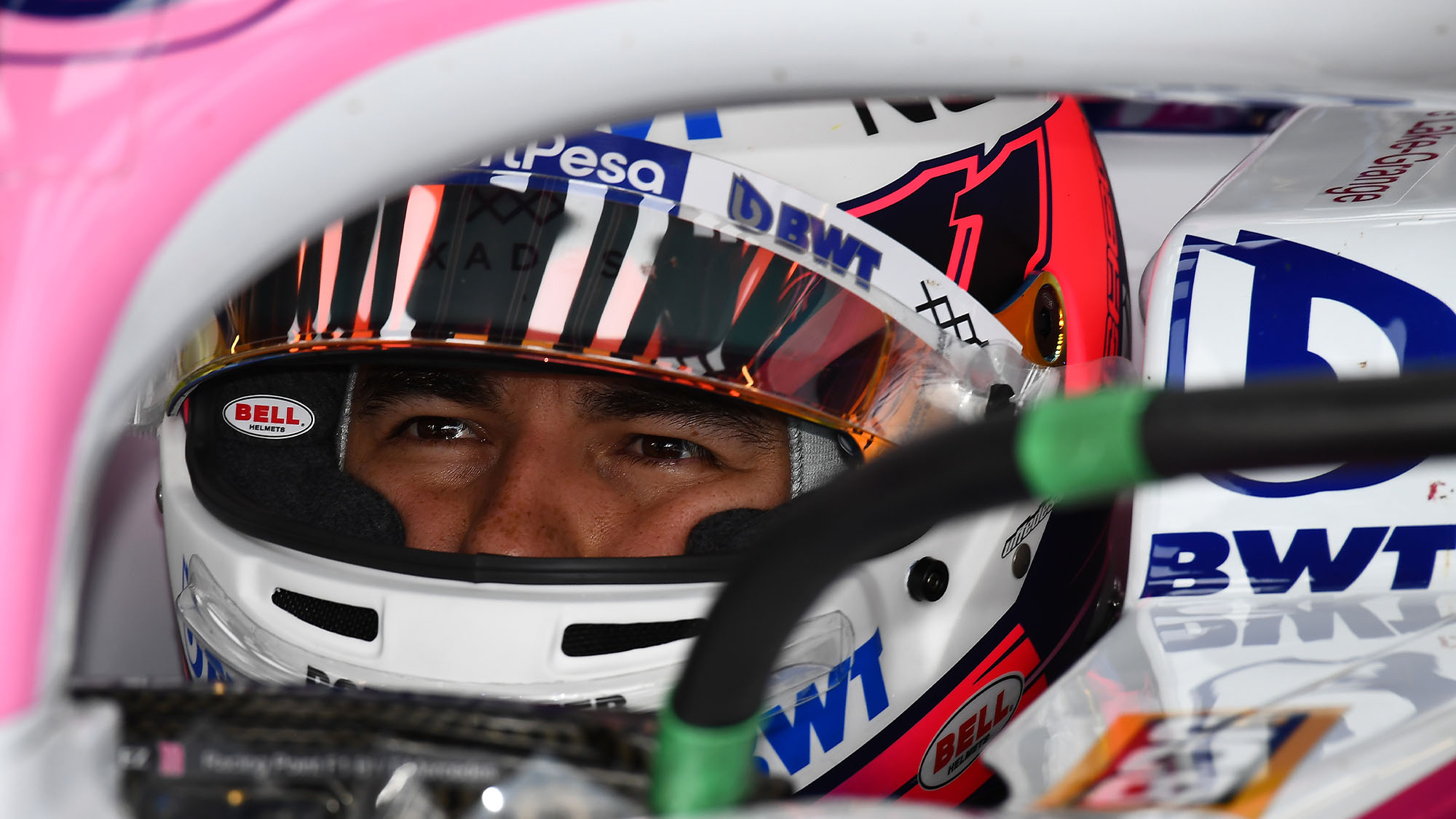 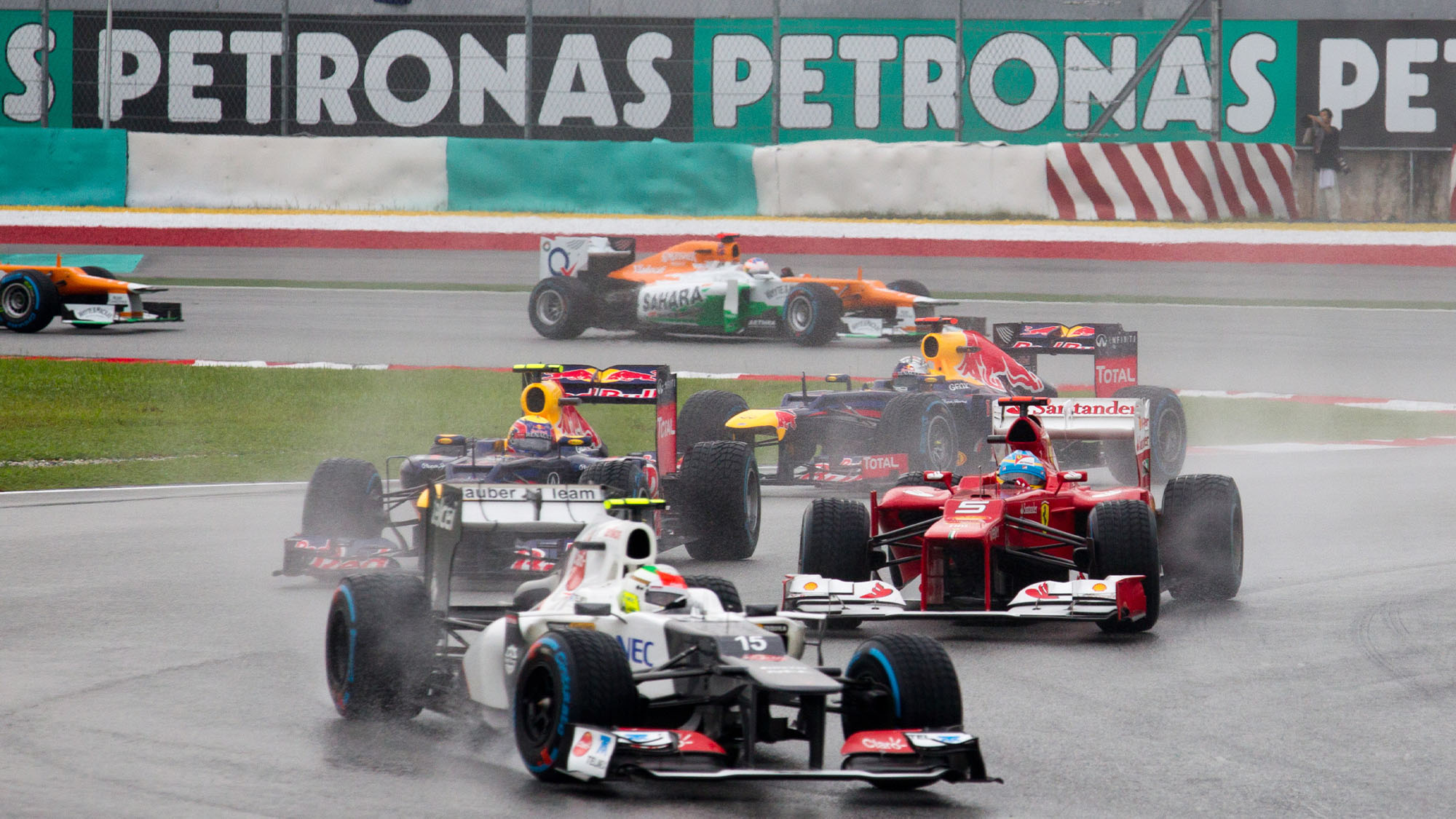 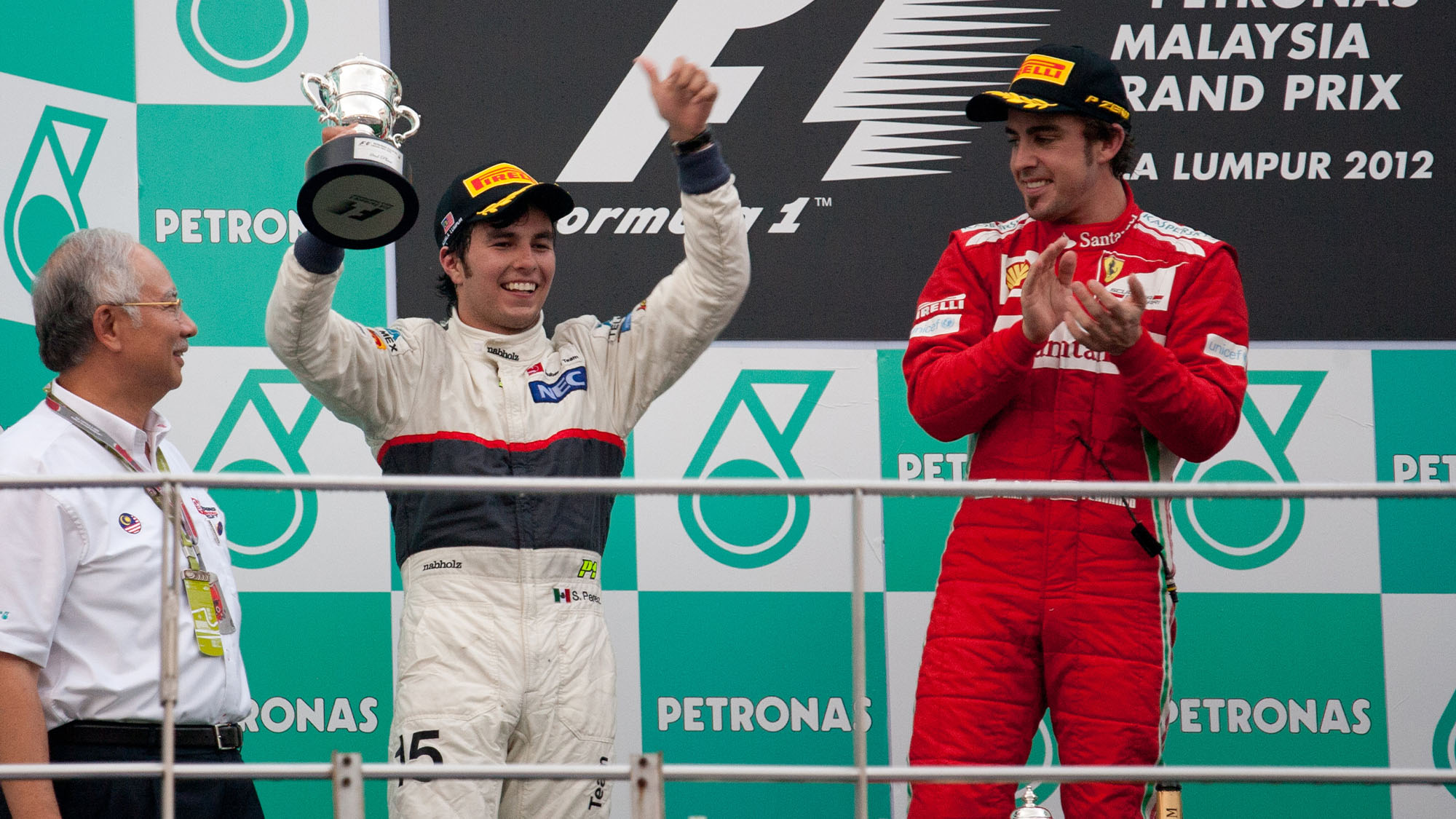 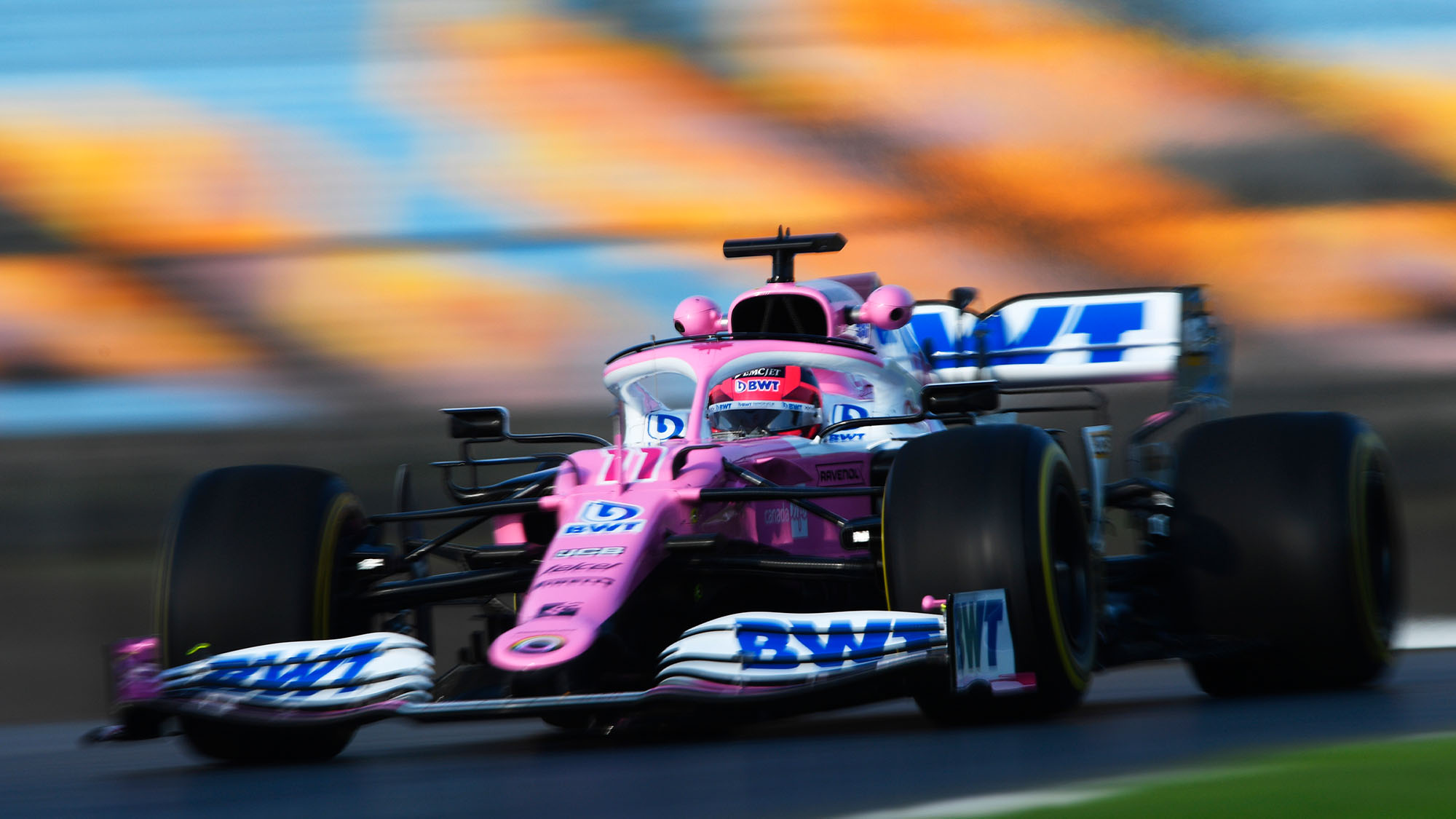 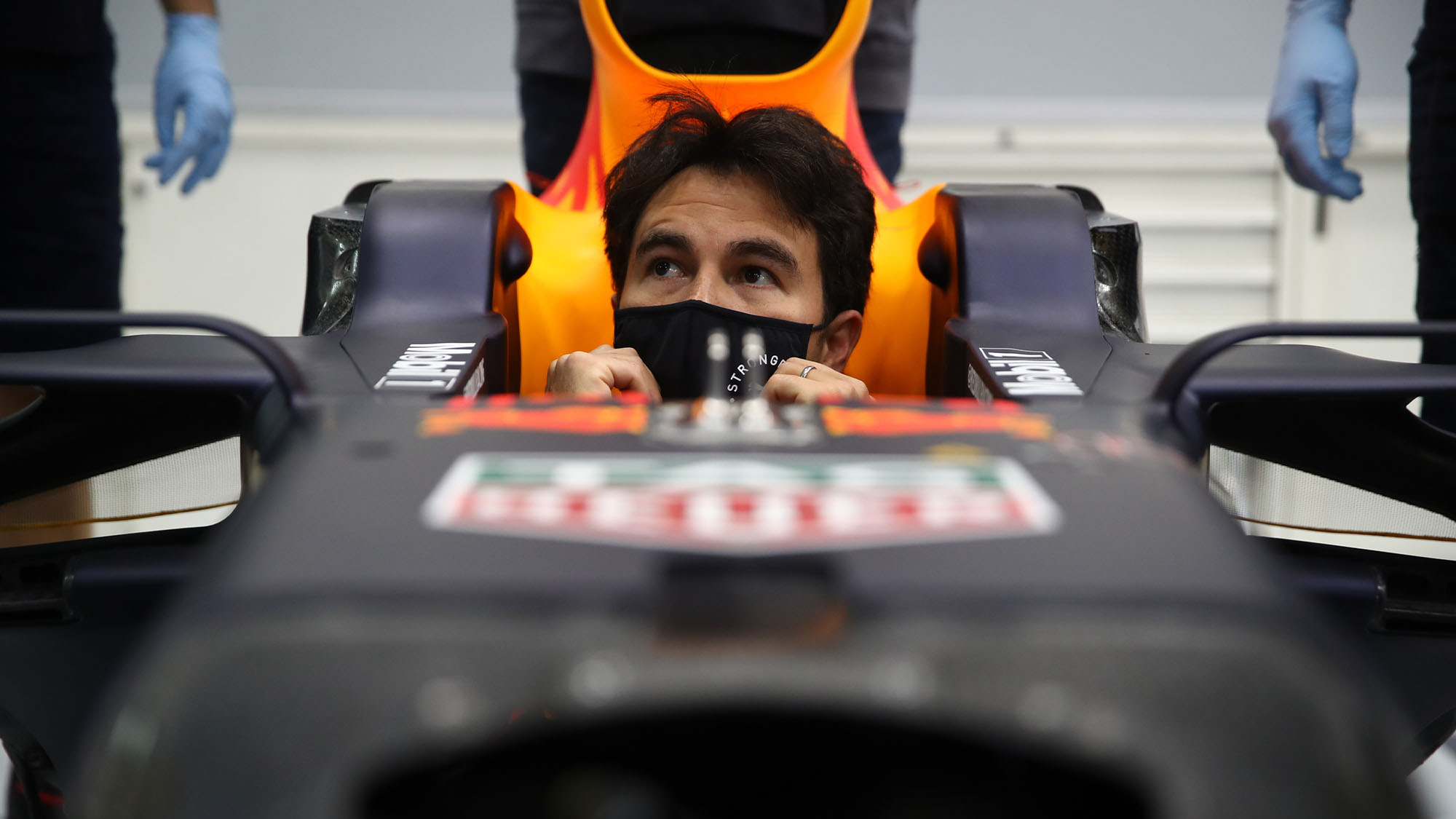 A fast and feisty competitor, there have been moments when Sergio Pérez appeared to be on the brink of a breakthrough victory – most notably in the 2012 Malaysian Grand Prix. That led to his big Formula 1 break with McLaren-Mercedes but both team and driver endured a disappointing campaign. However, the Mexican has since rebuilt his reputation with Racing Point (Force India) and remains one of GP racing’s most consistent performers. His loyalty wasn’t repaid in 2020 though as the team sought to replace the Mexican with Sebastian Vettel, leaving Perez on the outside looking in, but the best season of his career to date earned him a maiden F1 win and ultimately a seat with Red Bull.

“Checo” began his karting career when seven years old. He was just 14 when he made his car racing debut in Skip Barber’s Midwestern single-seater series during 2004. Already backed by TelMex (Carlos Slim’s telecommunications giants) by that stage, he made his European bow with Keke Rosberg’s Formula BMW team a year later. Second during the opening weekend at Hockenheim, he switched to Mücke Motorsport’s ADAC Berlin-Brandenburg car for 2006. The youngster scored a couple of third place finishes as he was classified sixth overall.

The 17 year old continued his motor racing education driving a T-Sport Dallara F304-Mugen in British Formula 3’s National class during 2007. He recovered from a pointless opening weekend to ease to the class title for old machinery with two rounds to spare thanks to his 14 subsequent victories.

He graduated to the main Championship class with T-Sport in 2008 and took the points lead by winning during the second weekend at Croft. A double victory in the next round at Monza cemented that place but he was eventually overhauled by a phalanx of Carlin Dallara-Mercedes drivers. Pérez won again at Brands Hatch but had slipped to fourth overall by season end.

Pérez joined Barwa Campos for the 2008/09 GP2 Asia Series and won sprint races in Bahrain and Qatar on his way to seventh in that off-season championship. A switch to Arden International for the main GP2 Series in 2009 began with questionable qualifying performances that restricted results. However, his best weekend came at Valencia’s harbour side where he qualified a season-best fourth before finishing third and second.

GP2 Asian performances on his return to Barwa Addax (formerly Campos) did not bode well but Pérez truly delivered during his 2010 GP2 campaign. He qualified on the front row for the first two weekends – winning Monte Carlo’s feature race to head the standings. Three sprint race wins and victory in the feature at Abu Dhabi followed as Pérez finished as runner-up behind veteran Pastor Maldonado.

Formula 1 with Sauber – close to victory

With a race winning history in the junior categories so far, and healthy budget from TelMex and others, Pérez joined Sauber-Ferrari for the 2011 Formula 1 season. He finished seventh on his debut in Australia thanks to a one-stop strategy and impressive tyre management before both Saubers were excluded due to a minor rear wing infringement. Forced to miss a couple of races due to concussion sustained in a crash at the chicane while practising for the Monaco GP, he returned to finish a fine seventh in the British GP.

The promise shown during that rookie campaign was confirmed in 2012. Now a member of the Ferrari academy, Pérez was closing on Fernando Alonso’s leading Ferrari in the rain-effected Malaysian GP only to run wide and lose the chance of victory. Second that day was one of three podium finishes (third in Canada and second at Monza) and he qualified an impressive fourth in Belgium. Unfortunately, hopes of another strong result were lost when a wayward Romain Grosjean crashed into him (and others) at the start.

Rather than Ferrari, it was McLaren-Mercedes that offered the still raw Pérez his major opportunity as Lewis Hamilton’s replacement for the 2013 F1 season. But pre-season optimism soon evaporated as the team struggled to sort its new car. Pérez and team-mate Jenson Button clashed during the Bahrain GP (prompting Button to tell the team to “calm him down”) disputing fifth rather than the race wins Pérez had hoped for. He finished fifth in India but it was not enough to retain his drive for 2014.

Rebuilding his reputation with Force India

Pérez moved to Force India for the 2014 World Championship when paired with the highly rated Nico Hülkenberg. Third in Bahrain was a welcome return to form and Pérez challenged Nico Rosberg for the lead in Canada. However, he crashed heavily with Felipe Massa as they disputed third position on the final lap – a high speed collision that drew fierce criticism from the Brazilian. Hülkenberg and Pérez finished ninth and tenth overall as the team claimed sixth in the constructors’ points.

Force India retained the same line-up for 2015 and Pérez showed improving form during the campaign, especially when the “B” spec car was introduced in Austria. He qualified fourth in Belgium and Abu Dhabi to equal his best F1 grid position thus far during an impressive second half to the season. Briefly alongside leader Hamilton on the opening lap at Spa-Francorchamps, third in Russia was the highlight as Pérez shaded Hülkenberg in the points to finish ninth overall.

Both team and driver continued to harry better funded rivals during 2016. Pérez finished every race of the season and was third in both Monaco and at Baku. He qualified for that latter race in second position but earned a five-place grid penalty for changing his gearbox. He scored 16 points finishes during a notably consistent campaign and came a career-best seventh in the final championship, helping Force India to fourth in the constructors’ standings.

Pérez was joined by Esteban Ocon for 2017 with their Force India VJM10-Mercedes’ now sporting the shocking pink colours of BWT. They proved an evenly matched pairing and contact during the Azerbaijan, Hungary and Belgium lost points, heightened tensions between the two and led to the imposition of team orders. Pérez narrowly outscored his precocious young team-mate to retain seventh in the World Championship.

They remained closely matched during 2018 although Ocon held sway in qualifying. Pérez inherited a surprise third position when faster rivals clashed in Baku and scored points on 12 occasions to clinch eighth in the standings. Normally once of the best racers in the field, he crashed into Ocon on the opening lap of a ragged performance in Singapore as the team-mates came too close once more.

Pérez and manager Julian Jakobi’s petition due to unpaid sums led to the team being placed in administration before the 2018 Hungarian GP. It was taken over by a consortium led by Canadian billionaire Lawrence Stroll, and rebranded as Racing Point from the start of the 2019 season. Inevitably, Stroll’s son – 20-year-old Williams refugee Lance Stroll – was named as his team-mate for the coming season.

The Racing Point RP19-Mercedes was not as good as its Force India predecessors but Pérez dominated Stroll in qualifying and starred on raceday. Sixth on the streets of Baku, he one of those to threaten a podium finish only to crash in the rain at Hockenheim. Sixth at Spa-Francorchamps and a fine seventh in Mexico, he snatched seventh on the last lap in Abu Dhabi to clinch tenth in the standings.

2020 though was Perez’s most difficult season since his McLaren campaign. As son of the owner, Lance Stroll was always unlikely to make way for Sebastian Vettel, and the decision to replace Perez with the four-time champion left the Mexican without a seat for the majority of the season. Under the pressure of potentially racing in his final F1 season, Perez starred throughout and finished fourth in the drivers’ championship and secured his first race win with a brilliant drive in Bahrain, having been last of the runners at the end of lap one. Contact with Charles Leclerc sent Perez to the back but a typically assured drive through the field put him in position to hold off his closest challengers after multiple safety cars to come through and win. It took until after the season had officially ended but Perez was handed an F1 lifeline with Red Bull, having outperformed the out-going Alexander Albon throughout.