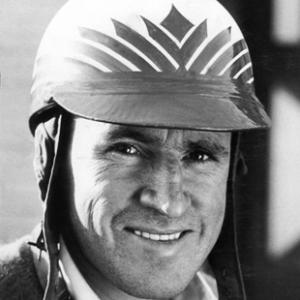 The youngest of six children and raised in Detroit, “Shorty” Cantlon had a reputation as a ruthless overtaker who sometimes ended in the wall when his opponent did not readily cede the position.

He started racing on the dirt tracks of the Midwest during the mid-1920s before making his debut in what is now the IndyCar Series in the 1928 Indianapolis 500 when a relief driver. Cantlon qualified a Miller on pole position for the 1929 Syracuse 100 but his supercharger failed after just four laps of the circular dirt track.

He appeared for the following year’s Indianapolis 500 with a potent machine. His Stevens-Miller was powered by a marine engine and he had already set a new record for the flying mile for a four-cylinder engine (145mph). It proved quick at Indy as well and Cantlon qualified on the outside of the front row before finishing second with Herman Schurch completing the last 53 laps as his relief driver.

Success in the AAA National Championship

Cantlon’s first Indycar victory followed that summer on the Akron board track and he finished as runner-up to Billy Arnold in the 1930 National Championship. His Bowes Seal Fast Miller scored a couple of pole position-to-chequered flag victories at Altoona in 1931 in what was that board track’s final championship meeting. Out of action for much of 1932 with a broken leg, he scored a fourth and final Indycar victory at Syracuse in 1934 when his Weil-Miller averaged 79.888mph.

Out of luck at Indianapolis

He continued to be out of luck at Indy however and he was running second late in the 1935 race before fading to sixth at the finish. He was robbed of third position a year later when a faulty head gasket caused him to run out of fuel five laps from the end. Like so many in those austere times, Cantlon raced for money and competed wherever prize money dictated. That meant he did not always appear in Indycar races, often preferring a better paying midget event elsewhere.

He had moved to Indianapolis where he also worked as a used car salesman before buying a local bar. Cantlon returned to the Indy 500 when the Speedway reopened in 1946 and qualified a Snowberger-Offenhauser in fifth position a year later.

Starter motor problems left Cantlon running last early in the 1947 race and he was trying to unlap himself when the leader Bill Holland spun in Turn 1. Cantlon crashed into the outside wall in avoidance and was killed instantly. Marshals could not remove the wreckage and his car remained lodged against the wall for the remaining 160 laps as a grim reminder of this sport’s ultimate price.