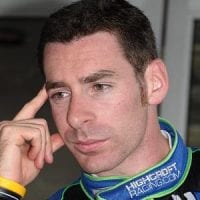 A nearly-man in France’s junior formulae during the 2000s, Simon Pagenaud flourished in North America as a title winner in both open wheel and endurance racing. And he added victory in the blue ribbon Indianapolis 500 to his impressive c.v. in 2019.

Nearly man during his racing career in France

Pagenaud finished as runner-up in the 2001 Formula Campus series before graduating to Formula Renault with ASM for the following season. Third in the 2002 French Championship, he matched that performance in the Eurocup a year later.

Pagenaud moved to Graff Racing for 2004 and was runner-up once more when beaten by Scott Speed. His 2005 Formula Renault 3.5 campaign with Serge Saulnier’s team was a disappointment so he decided to further his career in North America.

It proved a wise move for Pagenaud narrowly beat Graham Rahal to the 2006 Toyota Atlantic title after winning at Edmonton during a consistent season for Team Australia. Adopted as an honorary Antipodean, he graduated to Champ Cars with the Derrick Walker-run squad in 2007. The once great series was in its last death-throws but Pagenaud acquitted himself with distinction. A regular top-10 qualifier, he finished fourth on three occasions and was eighth overall.

Champ Cars was absorbed into the rival Indy Racing League at the start of 2008 and the Frenchman was left without a ride. Salvation was at hand in the form of Gil de Ferran’s new Acura-backed team in the American Le Mans Series. Pagenaud and de Ferran were podium finishers during 2008 and race winners a year later – finishing as runners-up behind David Brabham and Scott Sharp in the 2009 standings.

Pagenaud also joined Peugeot for the 2009 Spa 1000Kms which he won that year and the next. Also in the pole-winning Peugeot 908 HDI for the 2010 Le Mans 24 Hours, it retired before Pagenaud drove in the race. His regular employment during 2010 was with Highcroft Racing as Brabham’s co-driver in the ALMS. Their HPD ARX-01c won three times to clinch the outright championship crown.

A winner in the Le Mans Series once more in 2011, he finished second in the 24-hour race itself when sharing a Peugeot 908 with Sébastien Bourdais and Pedro Lamy after a furious duel with Audi. He also returned to open-wheel racing that year by starting three IndyCar races for Dreyer & Reinbold and then HVM.

A full-time member of Schmidt-Hamilton Motorsports in the 2012 IndyCar Series, he finished second at Long Beach on the way to clinching the Rookie of the Year award for the minnows. Pagenaud remained with the single-car team for the following season and impressed by challenging the category’s better funded operations. He won race two on Detroit’s Belle Isle and again on the streets of Baltimore on the way to third in the standings.

Further victories followed in the inaugural Indianapolis Grand Prix road race and at Houston as he continued to exceed expectations during 2014. Fifth in the championship at the end of his third and final season with Schmidt-Hamilton, Pagenaud soon signed for Roger Penske’s famous old team.

Pagenaud’s first season in Penske’s fourth Dallara-Chevrolet was something of a disappointment. He qualified on pole position at Fontana but third place finishes at Detroit and Mid-Ohio were his best finishes of 2015 as he slipped to 11th in the championship.

The Frenchman bounced back in style to clinch the 2016 IndyCar Series crown. Second in the first two races of the season, he then scored a controversial victory at Long Beach when not penalised for crossing the pit exit line. The Frenchman then barged passed Rahal to win at Barber Motorsports Park and completed won his third successive race on Indianapolis’ road course to establish a clear lead in the points. Subsequent victories at Mid-Ohio and in the Sears Point title decider saw Pagenaud edge team-mates Will Power and Hélio Castroneves in the final points.

He finished as runner-up to Penske team-mate Josef Newgarden in the 2017 championship having won at Phoenix and the Sears’ Point season finale. However, he struggled in qualifying and failed to win a race during 2018 as he slipped to sixth overall.

The Frenchman bounced back from that disappointing campaign by winning three times, including both races at Indianapolis, and finishing as 2019 runner-up behind Penske team-mate Josef Newgarden.

It was wet for the Indianapolis Grand Prix where Pagenaud passed Scott Dixon on the penultimate lap to win an Indycar race for the first time since 2017. On pole for the Indy 500 itself, he held off Andretti Autosport’s Alexander Rossi by 0.2086sec in a grandstand finish to America’s most important race. Qualifying remained inconsistent but he secured back-to-back pole positions at Toronto and Iowa. A dominant winner in Canada, a succession of top ten results saw Pagenaud snatch second overall from Rossi at the final round.