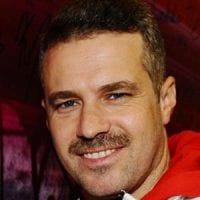 The 2005 United States Grand Prix may have been one of the most regrettable days in the sport’s history but it provided Tiago Monteiro with his greatest moment. The Michelin-shod teams withdrew on safety grounds after the parade lap and only the six cars with Bridgestone tyres were left to race. Behind an inevitable 1-2 for Ferrari, Monteiro won the Jordan versus Minardi contest to claim a joyous podium finish.

He began racing in the 1997 French Porsche Carrera Cup and won the rookie title before switching to Formula 3 a year later. Four seasons in French F3 began with Signature Plus and he switched to ASM’s Dallara-Renault from 1999. A winner at Albi that year, he was runner-up for the next two seasons when deprived of the title by Jonathan Cochet in 2000 and Ryo Fukuda a year later.

Monteiro graduated to Formula 3000 in 2002 with Super Nova and fifth at Hockenheim was his only points score of the season. He tested for Renault Formula 1 that winter but raced in the 2003 Champ Car World Series with the new Fittipaldi-Dingman Racing. México City was his most competitive weekend when he converted a front row start into sixth at the finish.

His ambitions remained in Europe however. Monteiro then finished as runner-up in the 2004 World Series by Nissan for Carlin Motorsport and tested for Minardi at Vallelunga that autumn.

It was still a surprise when he joined Jordan Grand Prix for the 2005 F1 World Championship. These were the final days before Eddie Jordan sold out and the team was normally found near the back of the field. But that US GP farce gave Monteiro his moment in the spotlight when he beat team-mate Narain Karthikeyan to claim third position.

Jordan sold his team to Alex Shnaider and Monteiro remained with the renamed Midland F1 concern. The new owner was soon discouraged as his team failed to score a point all year.

Without a future in F1, Monteiro raced in the World Touring Car Championship for SEAT from 2007 and soon won races. He also headed the consortium that bought the BCN GP2 team at the end of 2008 – running the renamed Ocean Racing Technology in that series until 2012.

In the WTCC, he switched to Honda in 2012 and continues to be a race winner in the series. A career-best third overall in the 2016 WTCC standings, he was leading the 2017 points when he was seriously injured when his brakes failed during a test at Barcelona in September. Out-of-action for over a year, Monteiro finally returned when driving Boutsen Ginion Racing’s Honda Civic Type-R at Suzuka’s World Touring Car Cup (WTCR) round in October 2018. He switched to the sister KCMG team for 2019 and scored a welcome home victory in the third race at Vila Real.