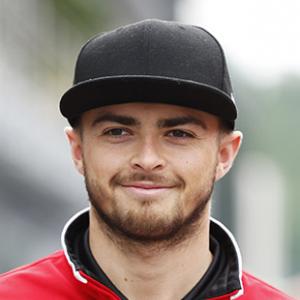 Six seasons racing in Renault’s junior single-seater categories included moments of promise but did not suggest that Will Stevens would graduate to Formula 1. That debut in the 2014 Abu Dhabi Grand Prix was followed by a single season at the poor end of the grid.

Having raced in karts since the age of 12, Stevens joined Fortec Motorsports for the 2009 British Formula Renault 2.0 season. He qualified on the front row for round three at Thruxton and recovered after losing positions on the opening lap to finish a promising third. That was Stevens’ best result as he finished seventh overall in his first season in cars.

He switched to Manor Motorsport for his second season in the category and won early races at Thruxton and Brands Hatch to lead the championship. He won a round of the Northern European Cup at Spa-Francorchamps but eventually faded to fourth in the final 2010 British standings.

Stevens returned to Fortec in 2011 and stepped up to the F.Renault 2.0 Eurocup. He started by qualifying on pole position for the opening two rounds at Motorland Aragón – retiring from the lead of Race One before leading the second from start to finish. Second in both subsequent races at Spa-Francorchamps, Stevens only scored one more podium finish and he had slipped to fourth overall by the end of the season.

After three years racing Renault’s 2-litre single-seaters, Stevens joined reigning F.Renault 3.5 champions Carlin for 2012. Pitted against a strong field of experienced campaigners, the rookie initially struggled in qualifying. A couple of sixth place finishes were followed by third at the Hungaroring.

The 2013 season saw progress in F.Renault 3.5 and the first, tentative steps towards Formula 1. He joined Strakka Racing for the former and impressed on several occasions. Second at Aragón, Spa-Francorchamps and Barcelona were among five podiums as he completed his best season so far fourth in the points. He also tested a Caterham CT03-Renault at Silverstone’s July F1 test.

Formula 1 with Caterham and Manor

He remained with Strakka for a third F.Renault 3.5 campaign but that he ended 2014 as a Grand Prix driver was something of a surprise. Stevens scored his breakthrough victory in the former after Carlos Sainz jr retired from the opening round at Monza. Stevens then converted pole position at Jerez (his first in the category) into another victory although sixth in the points was a disappointing return. However, he replaced Marcus Ericsson as the administrators returned Caterham to the F1 grid for the final GP of the season in the hope of saving the team. He was just half a second slower than team-mate Kamui Kobayashi in qualifying at Abu Dhabi and finished his Grand Prix debut in 17th position.

Stevens joined fellow strugglers Manor Marussia for the 2015 F1 World Championship, the restructured team using year-old chassis and (Ferrari) engines. Resigned to a season at the back of the field, Stevens generally outperformed initial team-mate Roberto Merhi with 13th in the British GP proving to be his best result of the season. However, five races with Alexander Rossi in Manor’s second car saw the American narrowly emerge the stronger.

Without another F1 opportunity, Stevens switched to sports cars, initially with Manor’s new LMP2 team in 2016. He joined G-Drive Racing for the Le Mans 24 Hours when Manor slimmed down to a singleton entry. Second in class and sixth overall with René Rast, Roman Rusinov and an ORECA 05-Nissan, he returned to the team to score back-to-back LMP2 wins at Fuji and Shanghai. For 2017, the Englishman drove Belgian Audi Club Team’s R8 LMS in both Blancpain GT Series. Out of luck in the long distance races, he won the Sprint race at Zolder and finished as championship runner-up with co-driver Markus Winkelhock. He shared JWM Motorsport’s GTE-Am Ferrari 488 GTE with rookies Rob Smith and Dries Vanthoor for that year’s Le Mans 24 hours – winning the class by two full laps after a near faultless run.

Stevens returned to LMP2 at the 2018 and 2019 Le Mans 24 Hours when driving Panis Barthez Compétition’s Ligier JSP217-Gibson. 13th overall on both occasions, his Jackie Chan DC Racing ORECA 07-Gibson was fourth overall in the 2019 Sebring 1000 miles to win the LMP2 class.